In Praise of the Older Woman by Dee Ernst 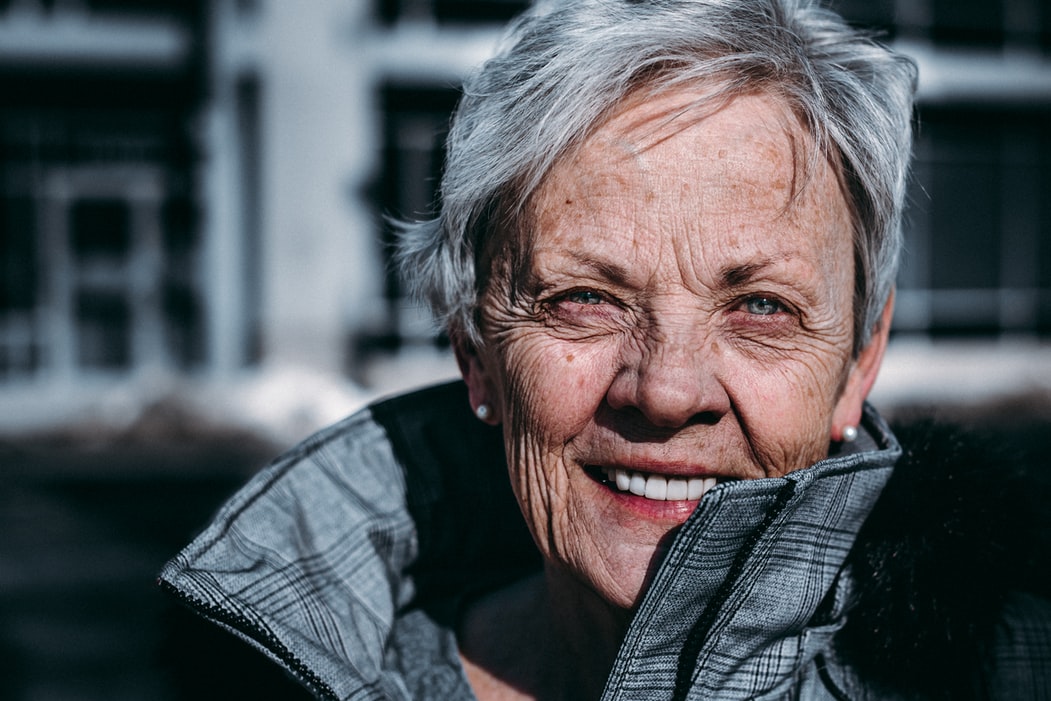 [Note from Frolic: We’re so excited to have author Dee Ernst guest posting on the site today. She’s talking all things older women. Take it away, Dee!]

It seems that every six months or so, I see a headline declaring that women over 40-50-60 have become invisible. The first time I read it, I thought, “Thank God. Now maybe everyone will leave me alone!”

However, that was not the main thrust of the article. It seems that women, after they reach a certain age, find they receive little or no acknowledgement for anything they do, think, feel or accomplish.

This is not news. Women, especially older women, have perfected the art of getting the job done without worrying about applause or approval. It’s what they’ve always done. Coincidentally, those women don’t care what other people think of them, one way or the other. And since those same women have been conditioned since childhood to sit quietly, be polite and smile, being invisible is almost a given. And yet the media seems to insist on re-discovering this on a regular basis.

We also get the semi-annual newsflash that older actresses are being passed over for roles.  In the recent movie, Mank, about the legendary screenwriter Herman Mankowitz, the actress playing his wife is roughly thirty years younger than Gary Oldman in the title role. In real life, Mankowitz and his wife were the same age.

So, were there no actresses in their sixties that could have played that role instead? Or it is that women that age not seen as romantic beings, capable of passion and inspiration.

Excuse me as I — politely and with a smile – disagree.

I self-published my first book in the fall of 2010. Better Off Without Him was a story of a romance writer whose husband leaves her, and she must re-think her idea of happily-ever-after. My agent had shopped it around for over a year, and with every rejection came positive and negative comments, and one consistent question – can you make your main character younger?

I wrote the book in direct response to my reading The Devil Wears Prada, and thinking, as I shook my head over every conversation between Andy and Miranda, that the book would be so much more fun if Andy were a mature, self-confident woman – older – who gave as good as she got from her smug, self -absorbed boss.  Also, my agent advised me to write what I knew, and what I knew at the time were forty-something soccer moms with crowded, messy lives, where designer shoes and grande lattes took a back seat to divorce, dealing with older family members, non-adorable offspring and commiserating with long-time friends.

I’ve been writing that woman pretty much ever since, and still, with every submission, I get the same question. Can’t she be younger?

In reading my reviews (and yes, I read them all) I found that more than half of the readers who took the time to tell me what they thought of my books began by thanking me for writing a main character who was not younger.  It seemed to me that there were a lot of women out there who, while reading romance and women’s fiction as a near-fantasy escape, still appreciated seeing themselves on the page.

For years, women ‘of a certain age’ were relegated, in popular fiction, to knitting, quilting, or solving crimes with their cat.  They rarely drove a jeep across the desert in pursuit of an ancient artifact, a handsome ex-mercenary at their side. They didn’t move to small towns to open a bakery and tangle with the local ruggedly handsome park ranger. And they hardly ever ended up having hot sex on a sandy beach at midnight with a mysterious stranger.

Of course, in real life, that usually didn’t happen to forty-plus women.  But —seriously now — how often did it happen to slim, full-breasted twenty-somethings?

Older men, BTW, have always had a place in the pursuit of happily-ever-after.  After all, sometimes it took a guy well into his thirties or forties to become a billionaire.

But I think things are changing.

For one thing, authors, many of them indie authors, have bypassed the gatekeepers and put stories out there about mature women – romances, thrillers and mysteries — that see those women as vibrant, smart, exciting characters who deserve adventure and romance. So much so that Rosie Genova (author of the Italian Kitchen Mysteries) and Nina Borromeo (whose latest book is Apples Should be Red) put together a panel for the 2019 NJRWA conference called “Hot Mamas, Silver Vixens, and Groovy Grannies: Writing the Older Woman.”

The panel was a full house.

In 2018, the Romance Writers of America, the largest writer’s organization in the country, recognized the Seasoned Romance chapter, where writers – and readers – could celebrate romance novels where the main characters are —gasp—over forty. And those characters were not only managing to have exciting and fulfilling lives, they were also having a great time in the sack. Because, let’s face it, practice makes perfect, and after twenty or more years, these ladies knew their way around…whatever.

This was a bandwagon many jumped on right away, but for some of us, we’d been doing that all along.

Roxanne St. Clair has a few silver foxes in her Barefoot Bay series. Sandra Antonelli, in her At Your Service series, has her 50+heroine standing side-by-side with her James Bond-esque employer. Nan Reinhardt’s Willow Bay books are all about love over forty. Karen Booth’s Gray Hair Don’t Care got a very nice mention from NPR. Indie published, traditionally published, those women ‘of a certain age’ were finally getting noticed. Even historical romances, the bastion of the innocent young virgin, got on board with Courtney Milan’s Mrs. Martin’s Incomparable Adventure.

Could it be that, on the page, at least, older women are finally being seen?

With all those readers out there who are not twenty-somethings, the audience has existed all along. But now, as we keep hearing that everyone deserves a happily-ever-after, that army of gray-haired old ladies are finally starting to take over the world.

We can only hope.

Dee Ernst grew up in Morristown, New Jersey, and attended Marshall University in Huntington, West Virginia, where she majored in Journalism, thinking it would help her launch a writing career. She miscalculated, gave up writing entirely, and began a long career as a bookkeeper. Dee is now back in the tri-state area, happily married and finally fulfilling her dream as a writer with her debut novel, Maggie Finds Her Muse. 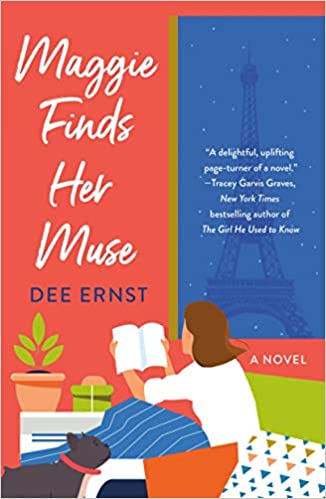 Maggie Finds Her Muse by Dee Ernst, out now!

A sparkling romantic comedy starring a bestselling author who goes to Paris to overcome writer’s block and rediscovers family, independence, and love along the way.

All Maggie Bliss needs to do is write. Forty-eight years old and newly single (again!), she ventures to Paris in a last-ditch effort to finish her manuscript. With a marvelous apartment at her fingertips and an elegant housekeeper to meet her every need, a finished book―and her dream of finally taking her career over the top―is surely within her grasp. After all, how could she find anything except inspiration in Paris, with its sophistication, food, and romance in the air?

But the clock is running out, and between her charming ex-husband arriving in France for vacation and a handsome Frenchman appearing one morning in her bathtub, Maggie’s previously undisturbed peace goes by the wayside. Charming and heartfelt, Dee Ernst’s Maggie Finds Her Muse is a delightful and feel-good novel about finding love, confidence, and inspiration in all the best places.

Where Romance and Pop Culture Live Happily Ever After.
All Posts
PrevPreviousSunday Brunch: A Chat with Authors Pamela N. Harris and Luanne Rice
NextFeminist YA and MG Debuts of 2021: 14 Authors Share their POVNext