James Brandon: “Once a seed of shame is planted within, it never goes away.” 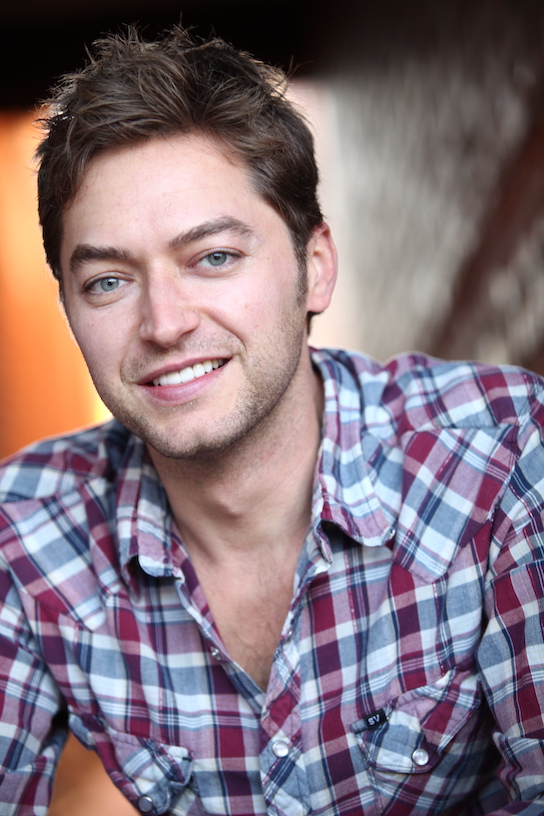 [Note From Frolic: Our resident YA expert Aurora Dominguez got the opportunity to interview author James Brandon and ask him five(ish) questions. James’ novel ‘Ziggy, Stardust and Me‘ is out now!] 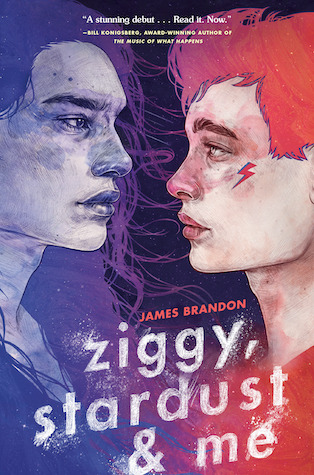 James Brandon: Many seeds were planted at the beginning of this novel’s path, but the main one centers on a gift from a friend: Several years ago, she passed along an episode of This American Life titled “81 Words.” The story is about one psychiatrist, Dr. John P. Spiegel, who would help decide the fate of millions of Americans when on December 15, 1973, homosexuality was officially “de-classified” as a mental illness. In short, if you identified as queer you were no longer “sick.” Dr. Spiegel talks about meeting a boy who changed his mind (and subsequently, his vote). I started imagining who this boy might be…

My protagonist, Jonathan Collins, is certainly the character I most relate to. Not simply because he possesses some of my traits, but because I grew to intimately know him while writing the novel from his immersive first-person perspective. I wanted to set the story in my hometown of St. Louis so I could more easily connect the feelings of shame I had growing up about being gay to his journey. (Although Jonathan is much more fearless and brave than I ever dreamed of being at his age.) One thing he says that still resonates personally and deeply with me: “Once a seed of shame is planted within, it never goes away.” I still feel the truth in this statement. But like grief, we learn to live with it, grow from it, and hopefully help others because of it. That’s my hope with this book anyway.

Why do you feel young adult books with strong characters are so popular and have such a voice right now?

Because young people’s voices today are so beautifully strong and we’re simply writing stories to reflect the strength we see. The world is quite literally at our fingertips—everything’s in plain sight: the good, the bad, and the ugly—and I think young adults recognize that power. Used for the good, look at the incredible movements that have been created! And because of all this, I feel Young Adult authors are able to unapologetically create diverse narratives that dive into “tougher” topics with complexity, compassion, and truth that is easily recognizable in young people’s hearts today.

Ziggy, Stardust & Me is a Queer Historical YA set in St. Louis circa 1973 when homosexuality is still being treated as a mental illness. Jonathan Collins is trying to “fix” his “illness,” and escapes life through his imagination, including talking with his best friend, Ziggy Stardust. When he meets Web, a Lakota Two-Spirit, and the two boys fall in love, they struggle to retain their identities in a world that constantly threatens to tear them apart.

What can you expect? My main goal in writing this narrative was to create a full sensorial experience for the reader; instead of just reading about it, I really wanted the reader to feel this time period alongside Jonathan’s long journey to self-love. Also, while finding Jonathan’s voice I discovered a musicality in the writing that I think not only speaks to his state of mind, but also (hopefully) adds a deeper layer to how he copes with his myriad of struggles.

My next novel, although technically contemporary, is based around another lost and historic moment in the LGBTQ+ movement. Before I became a YA author I was embarrassingly ignorant to my own queer history, so I decided to dive into researching where I came from at the San Francisco GLBT Historical Society. Because queer history is reluctantly taught (if at all) in school curriculum, I wanted to write Young Adult novels that reflect some piece of history for young people—and especially those who identify on the LGBTQIA2+ spectrum—to explore their roots and feel a sense of belonging.

Ocean Vuong could write jibberish on a piece of toilet paper with broken crayon bits and I’d still cry.

Aurora Dominguez is a high school English teacher, college professor and journalist in South Florida. Her work has appeared in The Miami Herald, Where Magazine and J-14 Magazine, all places where she worked as a writer and editor before going from the newsroom to the classroom. Her favorite days are "Caturdays," which she spends with a good book, her husband, Sebastian, and her cat, Luna. Her motto when it comes to reading: "No book left behind!"
All Posts
PrevPreviousSeven Teen Wolf Episodes to Re-watch this Halloween
NextMakiia Lucier: “When I read a story, I like to read about characters I can root for.”Next