Kendare Blake: “My only goal was to hang with these queens and their friends to their ends” 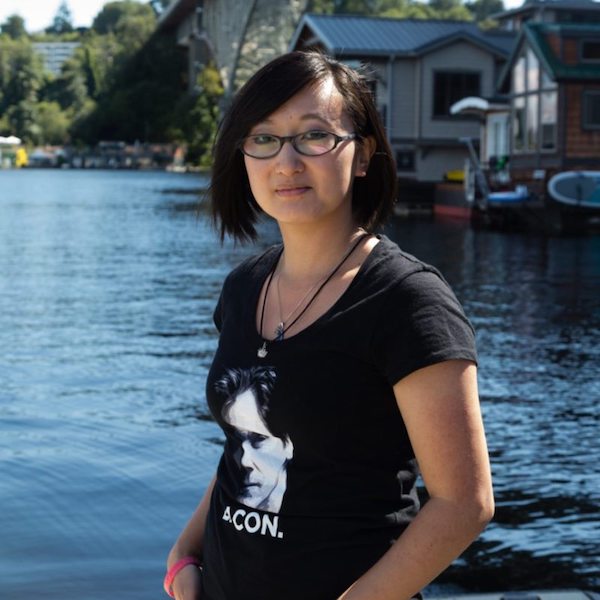 [Note From Frolic: Our resident YA expert Aurora Dominguez got the opportunity to interview author Kendare Blake and ask her five(ish) questions. Kendare’s novel ‘Five Dark Fates‘ is out now!] 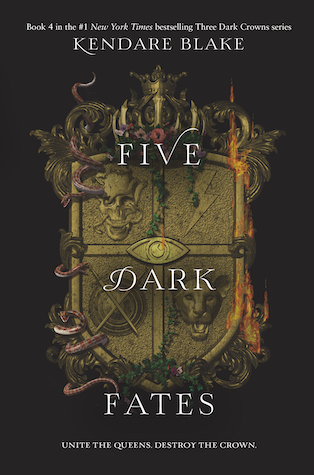 Aurora: What was your inspiration behind Five Dark Fates?

Kendare: When I was writing Five Dark Fates, my only goal was to hang with these queens and their friends to their ends. Since the start of Three Dark Crowns, these young women have very much become the masters of their fates, and I was merely along for the ride. I wrote it so slowly sometimes, because I feared what would happen, and honestly I didn’t want it to be over!

I understand them all, from the naturalists to the poisoners, but I think I’m most similar to Queen Arsinoe. She and I both have difficulty finding our place–in friendships, on teams, within new environments–and we both only really soar when we’re backed into a corner. Also, she’s always hungry. And I feel that.

I’ve always thought the best books were the ones with great characters. Perhaps not necessarily relatable, but understandable. With interesting drives and motivations, fascinating responses to things. I think young adults respond to powerful younger characters because their own lives are very much about breaking into new areas, finding their own voices, discovering their strengths and where their hearts lie.

Please describe the content of Five Dark Fates and what can readers expect from the read.

Expect it all to go down. The rebellion vs the crown, the dead queens vs the living. Expect sweet moments with adorable familiars and bittersweet goodbyes. It all ends here so…anything can happen.

Another fantasy series about an order of mystical warriors and a girl who wants to become one. But first, a standalone spree-murder book: think Interview with the Vampire meets In Cold Blood, inspired by the Clutter murders and the Starkweather killing spree of the 1950s, with a supernatural twist.

This question is impossible to answer. I admire and adore too many writers. Right now I’m reading Olive Kitteridge, which is my first reading of Elizabeth Strout, and it’s excellent. I also really loved Sadie by Courtney Summers this year. And I’m so excited for Darkdawn by Jay Kristoff. Very excited to read one that might not be on your radar yet: currently titled Curses by Lish McBride, who wrote the absolutely bloody and hilarious Hold Me Closer, Necromancer.

Aurora Dominguez is a high school English teacher, college professor and journalist in South Florida. Her work has appeared in The Miami Herald, Where Magazine and J-14 Magazine, all places where she worked as a writer and editor before going from the newsroom to the classroom. Her favorite days are "Caturdays," which she spends with a good book, her husband, Sebastian, and her cat, Luna. Her motto when it comes to reading: "No book left behind!"
All Posts
PrevPreviousExclusive Cover Reveal: According to Plan by Dee Lagasse
NextNatasha Diaz: “Color Me In was my chance to write the book I never had as a young person”Next