Learning to Be Both: An Essay 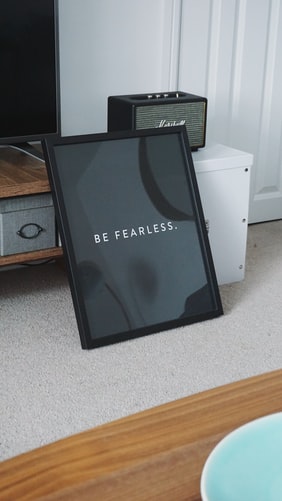 When I first watched Grease a few months ago, I was incredibly confused by the ending. I couldn’t figure out why Sandy had to change her entire style in order to be with Danny. When I asked my dad about it, he said “in those days, you were either a greaser or a frat. You had to choose.”

From a young age, I was conditioned to believe that sweet, nerdy girls are good and that pretty, popular girls were bad. Initiated by adults in my life and encouraged by the Young Adult fiction I constantly read, I believed that if I just sat in the corner of the classroom, read my book and stayed out of the way, one day, my adventure would begin. The cute transfer student would be swept off his feet by my intellect. I’d go to a party ala-Booksmart and finally have my high school fantasy play out.

Of course, that never happened. Instead of attending football games, where I always felt out of place, flirting in the hallways, or having a breakout moment at the school talent show, I just coasted. I was never popular, never noticed, never much of anything. As a junior, I became so overwhelmed by my anonymity that I almost transferred schools.

Though I hung out with friends and even played on the varsity tennis team, my identity felt one-hundred-percent attached to being bookish. I wore Harry Potter shirts to class and attended premieres of Divergent and The Maze Runner. Every morning, I would check out a new book from the library, and every afternoon I would return it, having read through most of my classes during the day. For eighteen years, this is who I was.

I went to college. Learned a lot. Stayed nerdy. Stayed scared of pretty girls. When I joined the club tennis team senior year, I was far from the best one. I was incredibly intimidated by the other girls’ ability to still look glamorous after two hours of practice. I thought the chance of making friends would be minimal.

But everything changed when one of these girls that I found SO intimidating started a conversation with me. We clicked, and for the next four months, we were inseparable.

I started going to parties and other non-college sponsored gatherings. We went to karaoke. We went to watch the games at the local bars. We crashed the med school’s halloween party, dressed as sexy aliens. I had never done anything like it, ever.

And I loved it.

Immediately, my identity was thrown into chaos. I’m the girl who stays sober at parties and makes sure I’m in bed by two. I read my book between matches at the courts. I certainly don’t go on double blind dates.

But suddenly, I wasn’t that girl at all. And I didn’t know what to do. For the first time, I wanted to go out and meet people instead of staying home. What did that mean for the person I’ve always been? Certainly, I couldn’t be both. The only place I had any business in at a party was the corner, alone. Or with the dog. But gradually, I realized that I LIKED meeting new people. I LIKED dancing. I LIKED jaager shots (sorry, mom and dad).

For the first few months of this, I found myself jumping dramatically between these two identities. I would read three books in one week, and then go months without reading at all. I couldn’t be both. I didn’t know how.

But, after a long time, I learned.

A few years later, I arrived here in sunny Los Angeles. When I first met my volleyball team, I was once again very intimidated by everyone. How could I fit in with the sporty kids?? I’m a bookish kid! But I took a deep breath, set my worries aside, and ended up making some of the best friends I’ve ever had.

And guess what? We (used to) go out. We go to concerts and the pool and talk about everything. And from time to time, we like to read. My friends are more than just amazing volleyball players or nurses or Wheel of Fortune contestants. I am more than just a girl who likes Ace of Shades, like a lot. I love going out with my friends, but I also love to read. And finally, five years after I left high school, I know that it’s okay to be both.

Readers are as diverse as the books we consume. And it’s okay to be both a party girl and a fangirl. It’s okay to choose a night out over your TBR pile. The books will be there when you get back, I promise.

Samantha Martin is Frolic's Creative Executive. She loves television, podcasts and swooning over her favorite band members.
All Posts
PrevPreviousYA Romances That Are Action Packed
NextFrolic-Exclusive Interview and Audio Sample: A Guy Walks Into My Bar by Lauren Blakely!Next