Lexa Hillyer: “I knew I wanted to explore themes of loss and coming of age.” 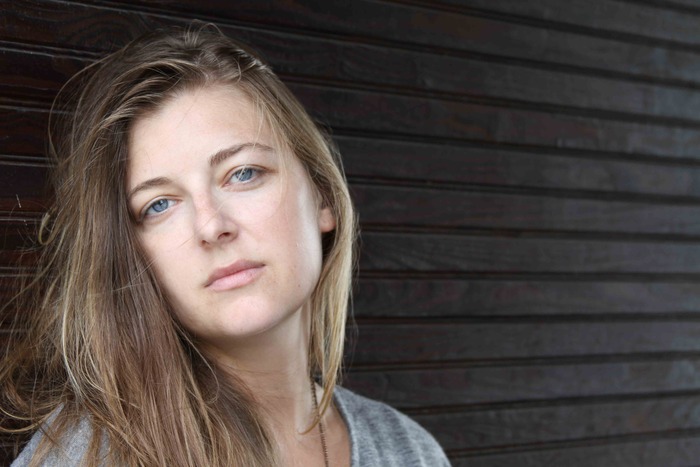 [Note From Frolic: Our resident YA expert Aurora Dominguez got the opportunity to interview author Lexa Hillyer and ask her five(ish) questions. Lexa’s novel ‘Frozen Beauty‘ is out now!] 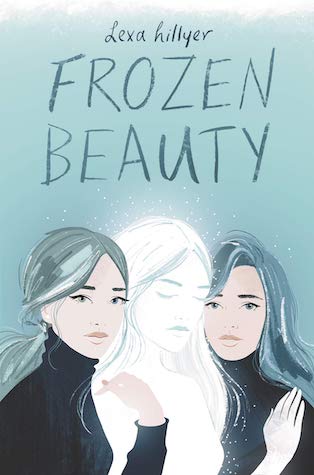 Lexa Hillyer: Frozen Beauty was born from a mix of my favorite inspirations – The Virgin Suicides, Little Women, Atonement, and early versions of the Sleeping Beauty fairytale… (readers of Spindle Fire + Winter Glass will not be surprised by this! But, fun fact, I actually wrote a whole draft of Frozen Beauty before I began that duology!) Anyway, I always love writing stories of sisters and centering relationships between women, and I knew I wanted to explore themes of loss and coming of age. It all started with the image of Kit’s funeral, and unfolded from there. I quickly realized I had a mystery/thriller on my hands, which was intimidating, but I tried to stay true to the story I wanted to tell, which is really about the unfolding of these characters, their connections and inner lives, their dreams and fears, and the beauty and struggle of coming into your own, as a girl, and as a human 😀.

That is never an easy question to answer, since all my characters contain pieces of me. I am the oldest of three sisters (and a brother as well), so in some ways I’m the Kit. Also, like Kit, I wrote a lot of poetry when I was younger (and have published a poetry collection called Acquainted with the Cold!) I am particularly fond of the slant sonnet, also like Kit. But in many ways Lily’s diary entries were sometimes the most fun to write.

We are in an era of many reckonings, and part of that means giving voice to experiences that were considered hush-hush in the past. We’re in an era of grappling with the many labels and expectations placed on girls and women. We’re also in an era where YA books are starting to have true cultural cachet like never before – and are often in fact at the forefront of important conversations. With a YA novel, you know you are going to get a mix of sheer entertainment, emotional immersion, a frank look at issues that matter to today’s society, and most importantly, a sense of hope. It’s a pretty great time to be a YA writer  😀.

Frozen Beauty is the tale of three teen sisters: Kit, Tessa, and Lily, and what happens when Kit is found frozen to death in the back of the boy-next-door’s pickup truck one terrible February night. It is told in “BEFORE” – the months leading up to her death—and “NOW”, as the two remaining sisters grieve and search for answers. Clues and suspicions abound as the night of Kit’s death becomes increasingly mysterious and complex… and Tessa begins receiving threats to leave well enough alone.

A big ole I don’t know! I’ve been very focused on my company, Glasstown Entertainment, which brings forth concepts for books, film, and television. It’s a wonderful creative outlet for me and I am obsessed with all of our projects; they keep me very busy. So I’ve been working on that ever evasive concept of the work-life balance, and seeing how that goes. But there will likely be more books in my future at some point. I have a few ideas floating around. I’m just happy, for now, to be supporting other writers, whose voices really deserve a moment to shine 😀.

What. Kind. Of. Question. Is. THIS? Do you want to get me killed by all my friends? Do you realize how many authors I work with? LOL. Hm, let’s see. For contemporary, I do love a Nina LaCour. And I’ve become a big fan of Mary HK Choi. Of course, Adam Silvera can do no wrong either. For contemps, I like authors who have a rich and distinct sense of voice and an intense level of intimacy with the characters. In fantasy I’ll go with an obvious and say Leigh Bardugo. Her talent is truly fierce and there’s just a thrumming intelligence and energy inside the lushness and precision of her prose and her storytelling that makes her one of today’s greats! There are also some absolutely incredible fantasy novels on Glasstown’s roster—recent titles include Tara Sim’s Scavenge the Stars, Nina Varela’s Crier’s War, and Sara Holland’s Havenfall; upcoming titles include Zoraida Cordova’s Incendiary, Dylan Farrow’s Hush, and Jessica Jung’s Shine—to name a few, so your readers should definitely check us out. We also have another adult book that just came out called The Deep, which is basically the story of the Titanic you’ve never heard before—the HAUNTED version. Plus, the third and final installment of The Unicorn Quest series by Kamilla Benko, Fire in the Star, for any middle-grade readers and parents out there. I’m currently reading book one aloud to my four-year-old daughter and though it’s a bit over her head at some points, she’s absolutely captivated – you can’t go wrong with sisters, adventure, and unicorns!

Aurora Dominguez is a high school English teacher, college professor and journalist in South Florida. Her work has appeared in The Miami Herald, Where Magazine and J-14 Magazine, all places where she worked as a writer and editor before going from the newsroom to the classroom. Her favorite days are "Caturdays," which she spends with a good book, her husband, Sebastian, and her cat, Luna. Her motto when it comes to reading: "No book left behind!"
All Posts
PrevPreviousThis Tweet is the Most Wholesome Thing You’ll See Today
NextSiobhan Vivian: “I put a little piece of myself into every character!”Next