Lindsay Lackey: “I’m not nearly as guarded as Red, but I do think I have a much bigger internal life than I often show.” 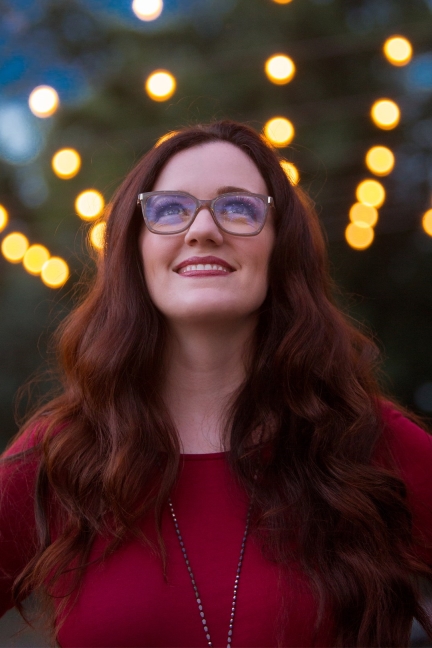 [Note From Frolic: Our resident YA expert Aurora Dominguez got the opportunity to interview author Lindsay Lackey and ask her five(ish) questions. Lindsay’s novel ‘All the Impossible Things‘ is out now!] 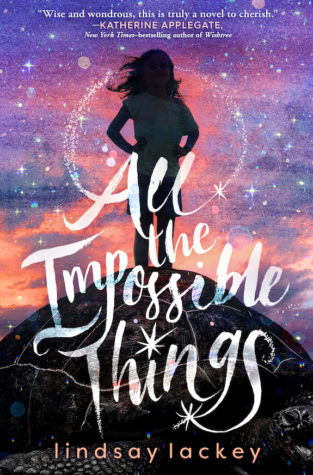 Lindsay: About ten years ago, my aunt and uncle decided to become foster parents. They were both nearing retirement and had grown children and even grandchildren. Yet, instead of living the empty-nester lifestyle, they opened their home to kids who needed it. One day, my aunt was at the foster care agency and saw a little girl across the room. She had the sudden, unshakeable knowledge that that little girl would one day be her daughter. Sure enough, they eventually started fostering that girl and adopted her a few years later, and the seed for this story was planted.

I very intentionally did not make my main character, Red, similar to my cousin at all. I wanted to protect my cousin’s privacy and right to her own story. But the idea of an older couple becoming the family that fits just right for a child really struck me, and I knew it was a story that needed to be told.

In a lot of ways, I relate to Red, my main character, because she is a very internal person. She has big emotions, but she keeps a lot of herself hidden away. I’m not nearly as guarded as Red, but I do think I have a much bigger internal life than I often show. (Though maybe that’s true for everyone!) I’m very sensitive, though I usually put on a brave face when I’m hurt and don’t show how deeply something has affected me. It was easy for me to empathize with Red. In fact, I was moved to tears many times while writing and revising. (Privately, of course. Ha.)

Why do you feel books with strong characters are so popular and have such a voice right now?

I don’t think strong characters are a new thing, really. Many of the books I loved growing up were about strong and strong-willed characters. Anne of Green Gables, Little Women, even the Baby-Sitters Club series and Nancy Drew! But I do think readers are celebrating strength right now, especially in female characters, and that hasn’t always been the case.

While it’s easy to feel overwhelmed and cynical about the state of the country and the world over the last few years, there have also been an incredible number of real-life stories that showcase the beautiful, resilient strength of the human heart. I think struggle and injustice can bring out a side of us that times of comfort or complacency hide. When we decide we’ve had enough, when we decide it’s time to fight for what we believe in, fight for our rights and the rights of others, then we—as a species—are capable of making a whole lot of noise.

The last few years have been noisy with cries for reform, for justice, for change. And because we’re starting to talk about how bad some things are, we’re also starting to celebrate strength and beauty and love more openly. Strong characters aren’t new, but our need to hold them up, to rejoice over their example, and to see strength in more diverse stories has become a more central focus.

Celebrating strength fuels our own. It revitalizes our hope. And children’s literature in particular has always been a hopeful place, a place of comfort and safety and growth. It’s natural, then, that readers of children’s literature are hungry for stories about resilient, hopeful, strong characters, and that we loudly celebrate those stories when we find them!

All the Impossible Things is the story of Red, an eleven-year-old girl in foster care in Denver, Colorado, who accidentally causes tornadoes when she’s upset. She goes to live with new foster parents, and even though she resists getting attached, she can’t help but fall for them—or for their petting zoo full of rescued animals, including a 400 lb tortoise named Tuck Everlasting. Red is counting down the days until her mother is released from prison. She collects impossible things—such as bumblebees being able to fly—in an attempt to prove to her mother that there is a difference between hard and impossible, and that it isn’t impossible for the two of them to be a family again.

Readers will have a lot of fun with this book. There’s a donkey who feeds chickens. A ten-year-old boy with an indomitably cheerful spirit who has his own Hawaiian cooking channel on YouTube. A dynamic Colorado sky, and a tortoise who knows just how to be the friend Red needs. But there are serious topics explored as well. Loss and grief. The devastation of opioid addiction, and the complexities of family, illness and self-discovery.

Ultimately, this is a story of hope and transformation, and one I hope will give kids the courage to believe that impossible things happen all the time.

I am hard at work on my next middle grade novel, which will also be set in Colorado—this time, Colorado Springs, which is where I was born and raised. The story highlights some of the history of Colorado Springs, especially the sanatoriums that were so common in the city from the late 1800s until the 1940s. Sanatoriums were basically hospitals specifically for people with tuberculosis before the discovery of antibiotics. My next book is set in a former sanatorium and deals with one family’s history and how the stories people tell about us don’t have to define us. Like All the Impossible Things, this will be a contemporary story with threads of magic. If all goes to plan, it should be available in 2021.

Madeleine L’Engle is my all-time favorite author. I collect her books and have read almost everything she published. But aside from my life-long adoration of L’Engle, I am an enormous fan of Jason Reynolds. He can write anything. Prose, poetry, short stories. He’s genius. I just finished his newest middle grade, Look Both Ways, and it is a series of short stories that is charming, surprising and compelling, as well as deeply insightful.

I have been reading some great YA lately, including Randy Ribay’s Patron Saints of Nothing, David Yoon’s debut, Frankly In Love, and Laura Ruby’s newest, Thirteen Doorways, Wolves Behind Them All. My middle-grade loves right now are A Good Kind of Trouble by Lisa Ramee, Emmy and the Key of Code by Aimee Lucido, and Midsummer’s Mayhem by Rajani LaRocca. And of course, I can never get enough Kate DiCamillo or Cassie Beasley!

Aurora Dominguez is a high school English teacher, college professor and journalist in South Florida. Her work has appeared in The Miami Herald, Where Magazine and J-14 Magazine, all places where she worked as a writer and editor before going from the newsroom to the classroom. Her favorite days are "Caturdays," which she spends with a good book, her husband, Sebastian, and her cat, Luna. Her motto when it comes to reading: "No book left behind!"
All Posts
PrevPreviousSam’s Song Recs: 10 Modern Songs Full of 80s Nostalgia
NextBook of the Week: Well Met by Jen DeLucaNext