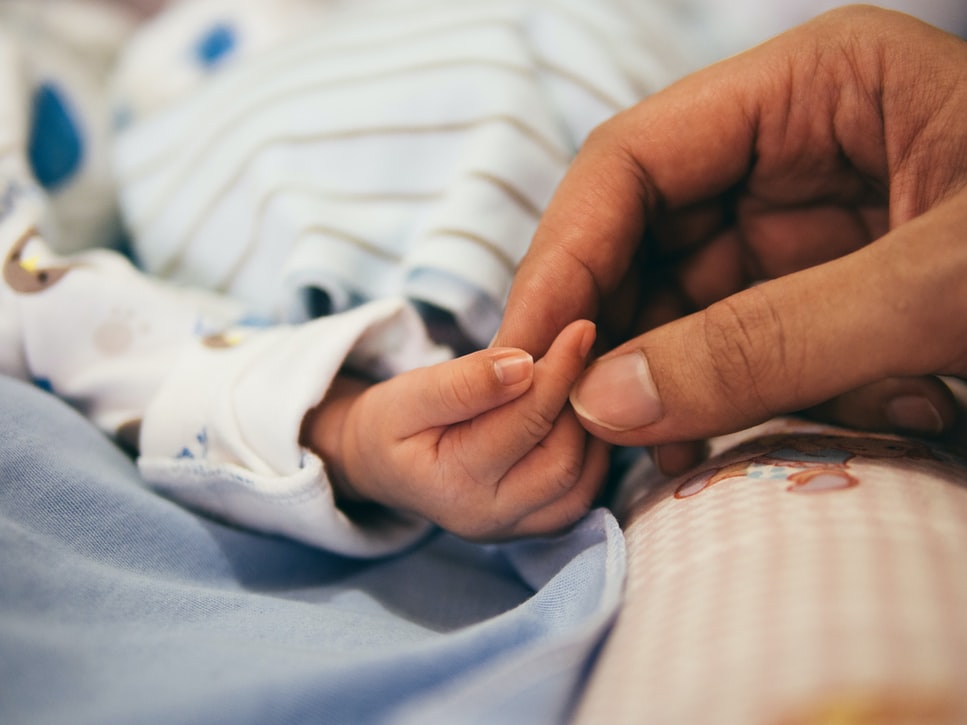 [Note from Frolic: Today, we welcome author Genevieve Gannon to the site. She’s sharing some of her favorite fictional mothers with us. Take it away, Genevieve!] 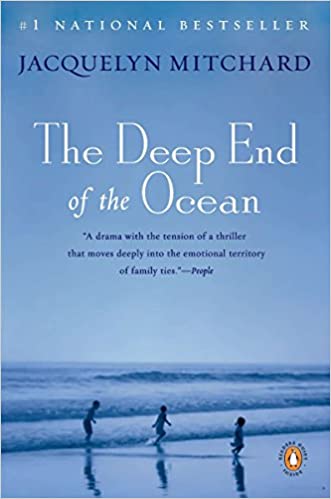 Photographer Beth turns her back on her three-year-old son Sam for a moment and in that second he vanishes. His kidnapping is the catalyst for the whole family to unravel. This 1996 bestseller is one of the first adult books I remember reading, and the desperation, misery and regret Beth feels for allowing her son to be snatched away stayed with me long after I’d finished the last page. I borrowed this book from my own mother, who thought I would like it. My mother is a teacher who specialises in helping kids learn to read, and her love of books was a huge influence on my own curiosity about reading. Being given this thick, adult novel by Mum as a teenager made me feel very grown-up and I was incredibly struck by how vivid and real the emotional fallout felt. Beth Cappadora’s grief and desperation was a stirring portrait of how all-consuming being a mother is. 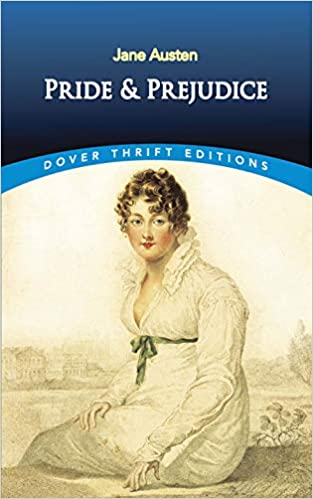 Mrs Bennet in Pride and Prejudice by Jane Austen

Poor Mrs Bennet who, as many people have pointed out, was not even granted the dignity of a first name, is presented as a source of embarrassment to her five daughters. The beautiful, gentle Jane and the brilliant, strong-willed Lizzie are mortified by their mother’s social-climbing ways, yet Mrs Bennet gets no credit for raising these exemplary young women. The five Bennet sisters had no governess, a fact revealed in a conversation between Lizzie and Lady Catherine de Bourgh, yet the eldest two turn out so capable and well-mannered that they bag the most eligible men in the county.

It was Mrs Bennet alone who taught them reading, writing, manners, comportment, as well as piano lessons for Mary and Lizzie. She was obviously a capable and hard working woman. By the time we meet Mrs Bennet she has raised five daughters with little help from her indifferent husband, who has made no preparation for their girls’ financial future. She is single-mindedly focused on securing the future of her girls she loves and her husband teases her mercifully for it. If Mrs Bennett is less than discrete at parties, I like to think it’s because she’s exhausted, and has decided the time for pussyfooting around has passed. To the modern reader, Mrs Bennet’s obsession with husband hunting is a graceless display, but in regency England women had no choice but to find a solvent man. In some ways she’s the most sensible character in the entire book. 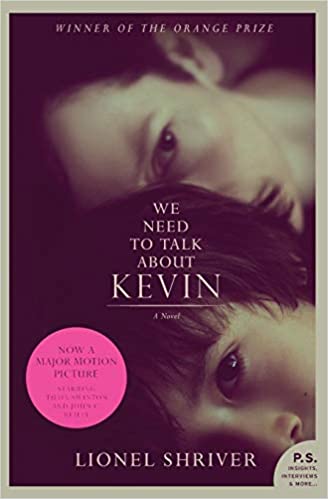 Eva Khatchadoruian is the reluctant mother to a sociopathic little boy who proves all of her fears to be chillingly accurate when he murders seven of his classmates, a teacher and a cafeteria worker with a crossbow. We first meet Eva, the New York loft dwelling CEO of her own travel book company, before she and her beloved husband Franklin decide to conceive, and we observe how they change one a stranger enters their marriage. An urbane and happy Manhattanite, Eva dithers over the decision of whether to have a child at all. Once she does, she becomes alienated from her own body, and expresses an intellectual frustration – giving voice to many things friends have said to me in a low voice across a coffee table while a new baby sleeps in the next room. She’s a jagged, tough and proud woman, who, though independent, harbours a deep and needful love of her husband. When her son is born, however, she feels no connection to him at all and suspects immediately that there is something malevolent in him. Mother and son struggle to live together for years, until the book climaxes with the violent event she refers to only as Thursday. It’s a horrifying and devastating day, and Eva’s desperation to make sense of it, to understand her role in it, and to finally step into the role of mother is gripping. 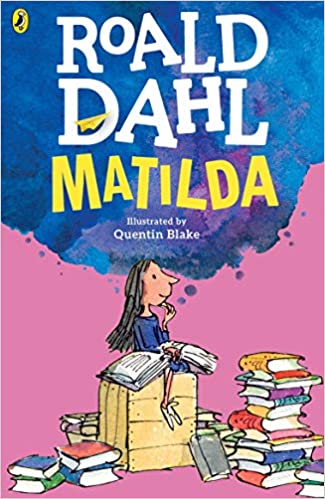 What I love and remember most vividly about Miss Honey is the beautiful whitewashed labourer’s cottage she takes Matilda to when the two of them begin to form their close friendship. I wanted so badly to be invited into that little cottage for bread and butter (and honey, I don’t think they ate honey on their bread, but because of Miss Honey’s name I always pictured Matilda eating bread and honey.)

Although Miss Honey is poor, and the cottage is bare, in my mind’s eye it was always cosy and welcoming. Small shelves, a little paraffin lamp, brambles and wildflowers, the home is representative of her: simple, cosy and welcoming. Matilda has been ignored and neglected her entire life but the perceptive and nurturing Miss Honey immediately recognises her worth. And although Matilda is a very special little girl we know Miss Honey delights in all of her students. She is so warm she practically glows on the page. Like Grace Arden in my book, The Mothers, Miss Honey is drawn to teaching because she wants to teach and nurture and support little children. In Matilda, she finds a special kindred spirit and their friendship and the little family they form is one of the most enduringly perfect matches in literature. 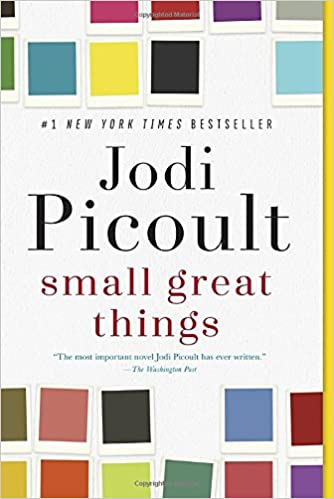 I had to include a Jodi Piccoult character because nobody captures the innermost desires and turmoil of motherhood like her, but it was hard to pick just one. It was a toss-up between Ruth and the formidable Sara Fitzgerald, in My Sister’s Keeper. Sara is such a memorable character because of what a devoted lioness of a mother she is. But Ruth in Small Great Things really got to me. Ruth is a maternity nurse, a widowed single mother and a black woman who finds herself facing a murder charge after the son of a white supremacist couple dies in her presence. She was raised by a single mother herself, but clawed her way into an excellent career and purchased a comfortable home to raise her family in a white neighbourhood. She’s incredibly capable and confident, but we see her colleagues abandon her after the incident in the hospital.

When we first meet Ruth Jefferson, she is helping a family – and a junior nurse – love and care for a baby with an extreme facial deformity. She knows the little one won’t last long, and so she wants the infant to get all the love it can in its short existence. It’s such a touching introduction to an empathetic and passionate woman. I read Small Great Things while in Italy and was so utterly engrossed in the story it distracted me from my holiday!

Genevieve Gannon is the author of The Mothers, and an investigative journalist from Sydney, Australia. You can find her on Instagram @gen_gannon where she posts about the books she loves to read, and her work. 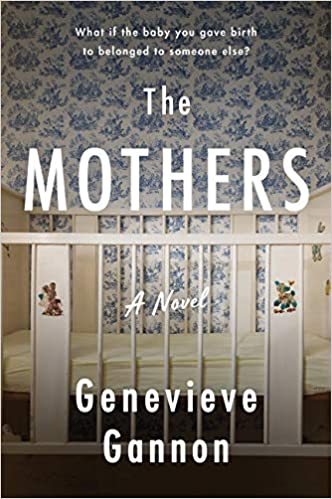 The Mothers by Genevieve Gannon, out now!

What if you gave birth to someone else’s child? An emotional family drama about two couples, one baby, and an unimaginable choice. Inspired by a real-life case of an IVF laboratory mix-up.

Grace and Dan Arden are in their forties and have been on the IVF treadmill since the day they got married. Six attempts have yielded no results, and with each failure a little piece of their hope dies.

Priya Laghari and her husband Nick Archer are being treated at the same fertility clinic, and while they don’t face the same time pressure as the Ardens, the younger couple have their own problems.

On the same day that Priya is booked for her next IVF cycle, Grace goes in for her final, last-chance embryo transfer. Two weeks later, both women get their results.

A year on, angry and heartbroken, one of the women learns her embryo was implanted in the other’s uterus and must make a devastating choice: live a childless life knowing her son is being raised by strangers or seek custody of a baby who has been nurtured and loved by another couple.