Looking to Get into Novellas? Start Here 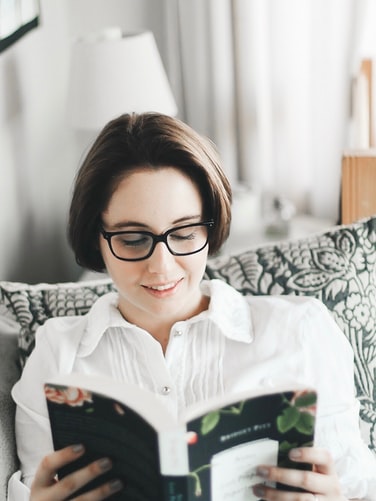 Lately, I’ve been really loving the feel of a fast paced, quick read. Not only does it make me feel like a super speed reader, but reading novellas also brings a certain type of joy to readers. I love being able to sit down for the night with a burning candle and a warm cup of tea and read a book from start to finish! Check out some of my favorite recent novella reads below! 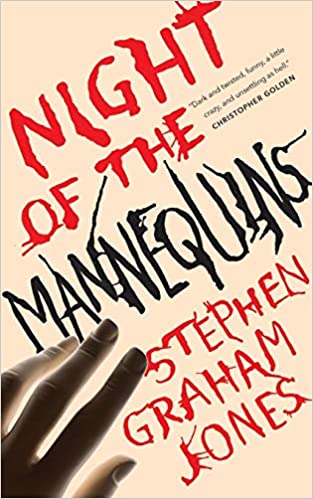 1. Night of The Mannequins by Stephen Graham Jones

Stephen Graham Jones returns with Night of the Mannequins, a contemporary horror story where a teen prank goes very wrong and all hell breaks loose: is there a supernatural cause, a psychopath on the loose, or both?

A short, terrifying tale just in time for spooky season! If you’re a sucker for classic horror flicks, then I’d highly suggest checking out this read as well as Jones’ other works! 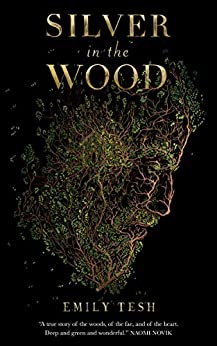 2. Silver In The Wood by Emily Tesh

There is a Wild Man who lives in the deep quiet of Greenhollow, and he listens to the wood. Tobias, tethered to the forest, does not dwell on his past life, but he lives a perfectly unremarkable existence with his cottage, his cat, and his dryads.

When Greenhollow Hall acquires a handsome, intensely curious new owner in Henry Silver, everything changes. Old secrets better left buried are dug up, and Tobias is forced to reckon with his troubled past—both the green magic of the woods, and the dark things that rest in its heart.

This read definitely packs a punch in such a small amount of pages! Filled with romance and a beautiful atmosphere, this dulogy is one you don’t want to miss! 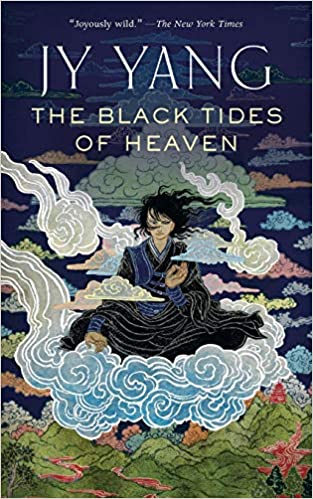 3. The Black Tides of Heaven by J.Y. Yang

Mokoya and Akeha, the twin children of the Protector, were sold to the Grand Monastery as children. While Mokoya developed her strange prophetic gift, Akeha was always the one who could see the strings that moved adults to action. While his sister received visions of what would be, Akeha realized what could be. What’s more, he saw the sickness at the heart of his mother’s Protectorate.

A rebellion is growing. The Machinists discover new levers to move the world every day, while the Tensors fight to put them down and preserve the power of the state. Unwilling to continue to play a pawn in his mother’s twisted schemes, Akeha leaves the Tensorate behind and falls in with the rebels. But every step Akeha takes towards the Machinists is a step away from his sister Mokoya. Can Akeha find peace without shattering the bond he shares with his twin sister?

If you’re a fan of epic fantasy stories, but hate reading hundreds of pages, definitely give this one a try! Filled with compelling characters and an intricate world, Yang creates a beautiful story in such a short amount of pages! 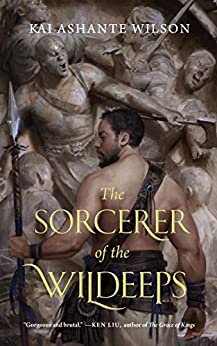 4. The Sorcerer of the Wildeeps by Kai Ashante Wilson

Since leaving his homeland, the earthbound demigod Demane has been labeled a sorcerer. With his ancestors’ artifacts in hand, the Sorcerer follows the Captain, a beautiful man with song for a voice and hair that drinks the sunlight.

The two of them are the descendants of the gods who abandoned the Earth for Heaven, and they will need all the gifts those divine ancestors left to them to keep their caravan brothers alive.

The one safe road between the northern oasis and southern kingdom is stalked by a necromantic terror. Demane may have to master his wild powers and trade humanity for godhood if he is to keep his brothers and his beloved captain alive.

Stories such as these are my absolute favorite. I love high stakes and mesmerizing worlds! Filled with adventure and romance, this is a story you won’t be forgetting about anytime soon! 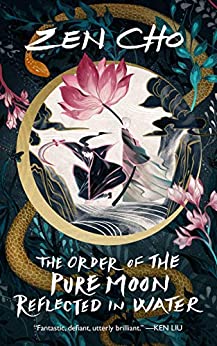 5. The Order of the Pure Moon Reflected in Water by Zen Cho

Zen Cho returns with a found family wuxia fantasy that combines the vibrancy of old school martial arts movies with characters drawn from the margins of history.

A bandit walks into a coffeehouse, and it all goes downhill from there. Guet Imm, a young votary of the Order of the Pure Moon, joins up with an eclectic group of thieves (whether they like it or not) in order to protect a sacred object, and finds herself in a far more complicated situation than she could have ever imagined.

I definitely think this is one of those books that you just have to go in with your eyes closed, and allow yourself to be completely immersed in the story. With that being said, however, if you love fantasy mixed in with some historical context, try giving this one a try!

Wende Hurtuk is a nineteen year old English major and writer who’s been creating worlds and stories for as long as she can remember. When she’s not writing, you can find her reading or spinning some of her favorite records. She actively reviews novels on her Goodreads page and on her Instagram.
All Posts
PrevPreviousDiverse Book Corner: New Releases for National Hispanic Heritage Month
NextWhy is it so hard to get King Arthur right? By Signe PikeNext