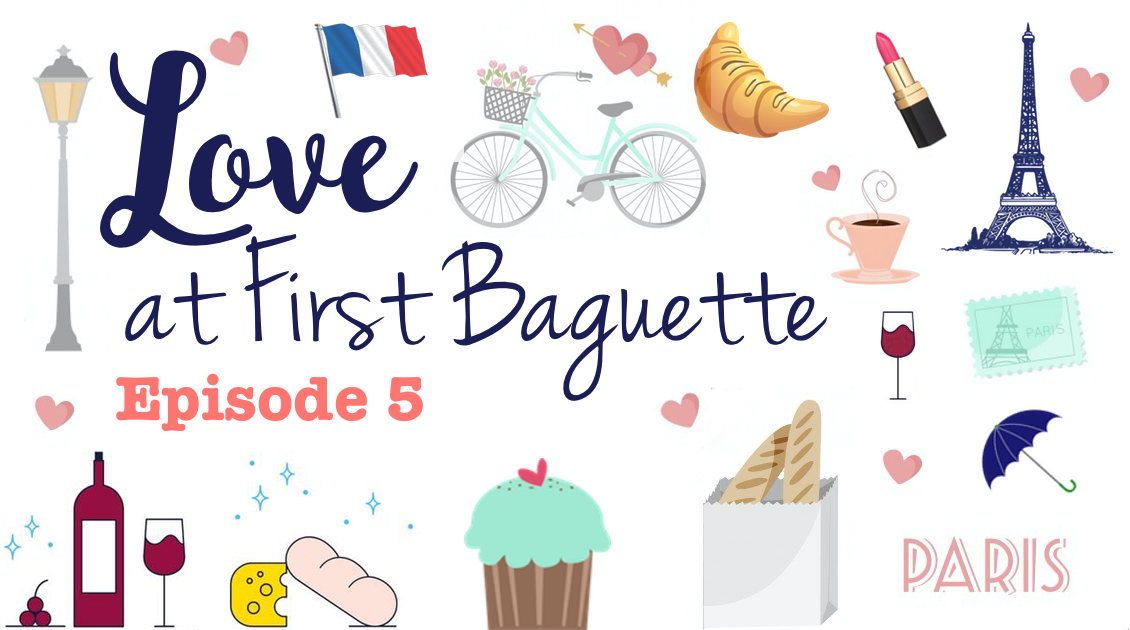 My faith in humanity, or at least in the average person, might have been restored. I’d found someone on AmourForTwo.com who hadn’t lied or in any way misrepresented himself on the dating site—at least not as far as I could tell.

Maxime was nice. Normal. Good looking. Interesting. And I was having fun.

We occupied my usual back corner table at Chez Phillippe. In its little dish, the candle flickered in the breeze that came in through the open window panels at the front of the restaurant, and the red rose in its small ceramic vase accented the white table cloth perfectly. There were a ton of people up front at the bar, many of them spilling out onto the sidewalk to take advantage of the warm summer evening.

This time of year in France always fooled me, even after years of living in Paris. It stayed light outside so late that the brightness threw my internal clock into happy turmoil, and I routinely thought it was three hours earlier than it actually was. It was only when night fell around eleven o’clock that I would finally realize how late it had gotten.

It was almost dark out now, which meant my date and I had been chatting for a while.

Maxime had golden-brown hair, blue eyes, and a chiseled enough jawbone to make his face intriguingly angular. When he smiled, a little dent appeared in his chin, and over the course of the evening, that dent had started to fascinate me. I was having a hard time keeping my eyes on his whole face, instead of just staring at that one detail. I wanted to touch it.

But I didn’t. This was only a first date. There would be no touching of any indents, his or mine.

“I can’t believe you’ve never seen Le Fabuleux Destin d’Amélie Poulain,” I said in French. The movie wasn’t that old. I’d still been in the States when it had come out as Amélie, and it had been a big success overseas as well. “The café where a lot of it was filmed is right around the corner.”

When I’d first moved to Montmartre, the Café des 2 Moulins had still been inundated with tourists who’d seen the movie about the eccentric young woman meddling in her neighbors’ lives, trying in her own way to bring them happiness. The tourist activity at the café had wound down now, nearly two decades later, but some people still came looking for it as they explored the area.

“If it’s that exciting,” Maxime said, “you’ll have to take me there after dinner.”

I smiled, happy that he was hinting at spending more time together. It wasn’t the first time this evening that he’d said something like that, and it made me feel as though things were moving in the right direction.

“It’s not that exciting,” I admitted. “But I love Montmartre, so I’m always pointing out its attractions.”

“Have you lived here long?”

“About ten years,” I said. “And you? Where do you live in Paris?” I knew he was somewhere on the left bank, but that was all.

“The fourteenth. There’s nothing exciting there.”

I was pretty sure that wasn’t entirely true, but he said it with a twinkle in his eyes that made me feel as if he were hinting that Montmartre was exciting because I was here.

I took a sip of wine, feeling flushed and giddy, and not only because I was on my second glass. I would stop there. There was no way I would let pleasantly relaxed turn into drunk and sloppy.

Maxime was naturally charming and easy to talk to, even if he flipped his hair back a little too often. Longish in the front, it swept his brow and brushed the upper rims of dark-framed glasses that straddled a line somewhere between bookish and funky. He was definitely attractive, although maybe a little slender for my taste. Still, it wasn’t as though a stiff breeze could blow him over. Maybe a hurricane. But that wasn’t likely to happen.

Speaking of tall, solid men, Adrien caught my eye as he brought a bottle of champagne to the next table over. The couple there was celebrating an anniversary. Adrien smiled a little stiffly as he passed by us, not pausing to say hello. He looked a little harried, and with the bar so busy tonight, it was no wonder he was rushing around and not stopping for conversations.

Still, it stung a little that he hadn’t even managed a “Bonjour” in my direction.

“If you won the lottery,” I asked Maxime, “what’s the first thing you’d buy?” I’d looked up a list of questions to ask on a first date. That one had been my favorite.

He sat back, a smile tilting his lips up. He didn’t take long to answer. “A ski chalet in the Alps.”

“Mountains? Not the countryside or the beach?” I asked.

He cocked his head. “Why? Are you more of a beach person?”

“I’m a wherever I can read books, drink hot beverages, and not break my legs on tiny, little sticks person.”

Maxime laughed. “In other words, the Alps are okay, but not the skiing.”

“I know. Skiing is such a French thing.” I waved a hand in the air. Practically everyone here went on their vacances au ski in the winter, but I hadn’t grown up in France, and it hadn’t been something my family did together.

“Maybe you’ll decide to try it one day,” he said. The statement was mostly neutral, but there was a very subtle hint of maybe with me in there. We were only a few hours into knowing each other, though, and it would have been insane to start talking about a ski vacation six months from now. I appreciated that Maxime was normal and reserved. At this point, anything else would have been disturbing.

We finished our meal, Maxime insisted on paying, and then I waited for him by the door while he used the restroom. I’d offered to walk him to the nearest metro station, which had been my way of saying I’d had a nice time, the date had gone well, and I hoped he’d call me for another, but I wasn’t inviting him home with me yet. I didn’t have a specific number of dates before intimacy could happen, but it was definitely more than one, and usually more like several.

While I waited, Adrien brushed past me in order to drop off some beers at one of the outdoor tables. As he came back through the doorway he stopped and looked down at me, his expression more severe than usual. “Tu es très belle ce soir.” You look beautiful tonight.

My pulse jumped, and I flushed all over, feeling surrounded by him, even though he wasn’t touching me. Our eyes met, his like two glinting sapphires fringed by thick, dark lashes, and I was glad I wasn’t wearing heels, because I felt dizzy.

“I’m on a date,” I said inanely, holding on to the open doorframe for balance.

“Je sais.” I know. His eyes dipped, skating over my mouth for a fraction of a second before he turned and continued through the doorway.

Glancing after him, I swallowed. What just happened?

Maxime joined me, putting a hand on my lower back and guiding us out onto the sidewalk. Once we were moving toward the metro station, he took my hand in his and held it, smiling a little in question.

I smiled back. It was okay to hold my hand, but I was suddenly feeling very conflicted.

I darted a quick look over my shoulder at the restaurant. A few minutes ago, I’d been wondering about a possible goodnight kiss from a great guy with whom I’d just had a fun date. Now, my whole body felt taut and electrified, and a big part of me wanted to go back to Chez Phillippe to be with Adrien.

USA Today bestselling author Amanda Bouchet grew up in New England and studied French at the undergraduate and graduate levels, first at Bowdoin College and then at Bowling Green State University. She moved to Paris, France, in 2001 and has been there ever since. She met her husband while studying abroad, and the family now includes two bilingual children, who will soon be correcting her French.
All Posts
PrevPreviousLet’s Leave Fabio Out of It
Next10 Love Poems to Make You SwoonNext