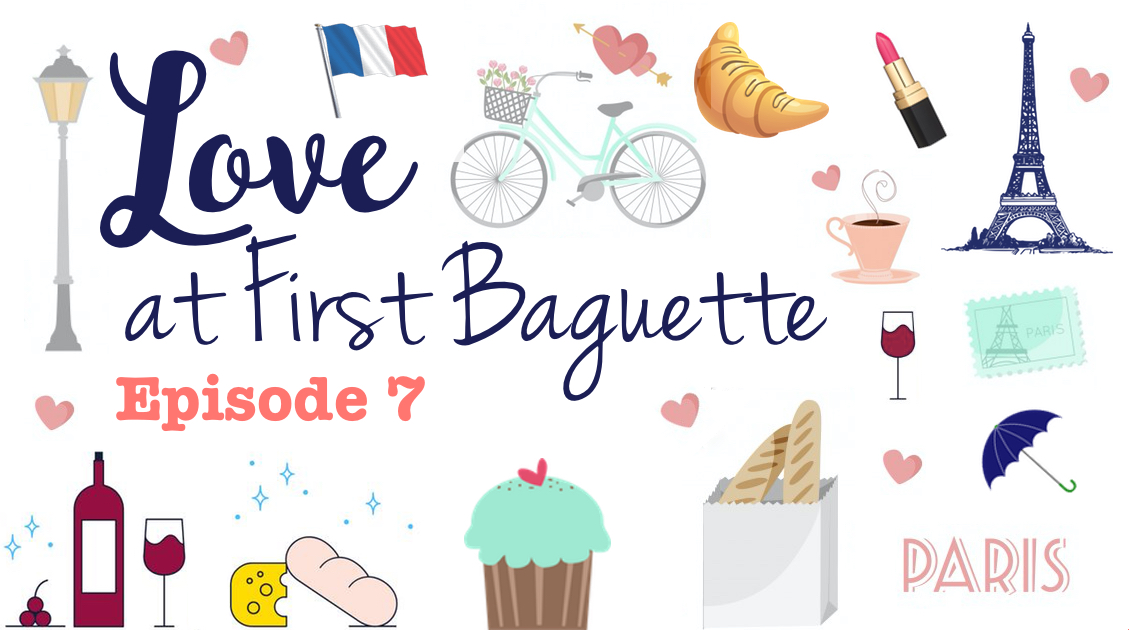 I decided to stay in the city for my weekend walk and struck out from the apartment, hiking up Rue Lepic, veering right toward Abbesses, and then going over to Sacré Coeur Basilica for the fabulous view over Paris. I spent half an hour at Place du Tertre, watching the artists work. They were mostly painting Paris—street scenes, monuments, rooftops—and then there were the caricaturists. I’d never had mine done, although I was tempted. It might be fun, or it might not. I wasn’t sure that having my every flaw highlighted in a painting would really help me in any way.

I poked around some of the smaller streets I knew and loved, the ones with houses instead of apartment buildings. They made this part of the city feel like a village. There were little gates, ivy-covered walls, and colorful window boxes. If I’d had the money, I would have moved to this neighborhood of Montmartre, but I couldn’t even imagine the rent on one of these quaint places.

As I moved down the back side of the hill, it got a little seedier and more industrial. Not too bad, but it didn’t feel like a village anymore, and it didn’t feel quite like my Paris, either. I was just wondering if Adrien might live somewhere around here when I saw him come out of the building on my right. A jolt of adrenaline hit me, making my pulse surge.

“Heather?” He stopped dead in his tracks.

I stopped dead in mine. “Bonjour. Ça va?” I managed to ask.

“Très bien.” He was fine, apparently, apart from looking at me as though I were an alien. “Et toi?” he eventually tacked on.

I nodded and smiled. “Ça va.” I was fine, too, except for the mini heart attack I was experiencing. “I’m just out for a walk,” I continued in French. “Do you live here?”

He tipped his head toward the building he’d exited. There was a stack of flyers in his hand.

“Is that for your art show?” I asked.

Adrien showed me his flyer. There were a few pictures of his work and the name and address of the gallery that would be hosting him next weekend and then keeping his pieces on sale for several months.

The photographed sculptures were fantastic. I knew he used scrap metal to make things, but I hadn’t realized how delicate and beautiful something made from industrial leftovers could be. And they were useful objects. Not just art for art, which was fine, but this was art with a household purpose. The base of a lamp, a coat rack, a coffee table. There wasn’t a picture of it, but I knew he did bookcases as well.

“Those are amazing,” I said in awe, leaning toward the flyers for a better look.

His face brightened, a hint of color hitting his cheeks. “I’m glad you think so. I’ve been working on the pieces for this show for months.”

“Are you nervous about the opening?”

He shifted a little, which was unlike him. Usually, Adrien looked so comfortable—with himself, with everyone. “I guess you had a good date last night,” he said.

My heart seized again. “It was fun. But I’m not going to see him again.”

Now was the time to put myself out there, but I couldn’t seem to take the leap. My palms felt clammy and my lungs tight. “He just didn’t feel right,” I said with a shrug.

“Not what you were looking for?” Adrien hazarded a guess.

“Something like that,” I murmured. “I’m stopping that whole Amour For Two dot Com thing. I don’t want to do it anymore.”

Ever so slightly, Adrien’s very kissable mouth tilted up. I wanted to slide my hands into his dark hair and pull his head down until our lips met.

“Can I see your sculptures?” I blurted.

Adrien looked a little surprised, but then he nodded and ushered me across the street to another building. He searched for the right key on a ring loaded down with them and then unlocked a sliding metal shutter. He pushed it up with a heave. It made a ton of noise, grating and rattling in its tracks, but I could hardly notice anything besides the way his strong shoulders moved under his snugly fitting tee-shirt.

He flipped on the lights. Inside was a treasure trove.

“This is amazing.” I looked around in wonder. “You made all this?”

He nodded, smiling a little shyly. It was adorable on someone who was so masculine and steady otherwise.

“I could furnish my whole flat with these things. That bookcase. The wine cabinet.” I felt my eyes light up.

“Hey! Within reason,” I said flirtatiously as I poked around, looking at the different pieces. “Besides, you need Fleur and me for business. We drop half our paychecks at Chez Phillippe.” That wasn’t true, but we did go there a lot. We needed to eat, and neither of us was very handy in the kitchen.

“This one reminds me of you,” Adrien said, picking up the base of a lamp. It wasn’t the one pictured on the flyer, but it was similar. And breathtaking. Detailed metallic grapevines climbed up in a swirl toward where the lightbulb would attach. Adrien had already fitted the lamp with a cord and connections. All it needed was a bulb and shade.

“C’est merveilleux.” It was wonderful. “Why does it remind you of me?” I asked.

“It’s delicate but strong.” He put it back, turning away from me so I couldn’t see his expression. “And I think it’s beautiful.”

My breath caught. That was the most romantic thing anyone had ever said to me.

Adrien turned back around. Our eyes met, and awareness zipped through me, shooting warmth around my body.

“Can I bring anything for the gallery opening?” I asked.

He shook his head. “Just yourself.”

“I think I can manage that,” I said, my voice sounding huskier than usual. “And if you give me some flyers, I’ll hand them out at the boutique. We have lots of clients that are enthusiastic about art and fashion.”

His eyes sparkled at that. I could tell he liked the idea. “Merci. C’est très gentil.” He handed me part of the stack as he thanked me for my offer.

“It’s no problem,” I said, slipping the flyers into my bag. “I hope you make a lot of sales.”

“Me too,” he said, moving us out of the warehouse and closing up again.

“Will you stop bartending if you do?”

Adrien thought about it. “Probably not. I like working at Chez Phillippe. Bruno’s a great guy. And I like seeing you.”

I blushed and had a very hard time controlling my enormous, goofy smile. “I like seeing you, too.” I gathered my courage. “Do you want to come on my Sunday walk with me?”

“Sundays are made for walking,” Adrien answered, falling into step beside me with a grin.

And with that, I thought we’d both finally made a move.

USA Today bestselling author Amanda Bouchet grew up in New England and studied French at the undergraduate and graduate levels, first at Bowdoin College and then at Bowling Green State University. She moved to Paris, France, in 2001 and has been there ever since. She met her husband while studying abroad, and the family now includes two bilingual children, who will soon be correcting her French.
All Posts
PrevPrevious5 Questions With YA Author Alexandra Bracken (Exclusive)
NextErotic Pen Names & Other Naughty Questions With Author J. DanielsNext