LOVE YA: Top Three YA Books for September 15 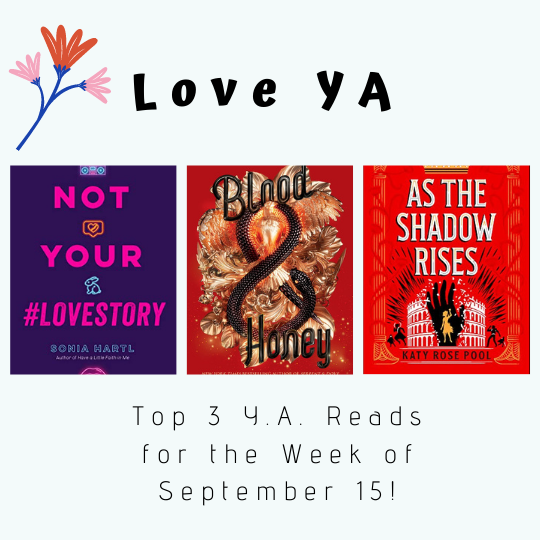 Below are my top recently-released picks for Frolic as your YA expert for this week, along with their synopsis. 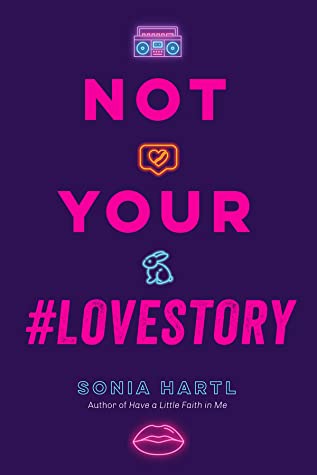 Not Your #LoveStory by Sonia Hartl

Macy Evans dreams of earning enough income from her YouTube channel, R3ntal Wor1d, to leave her small, Midwestern town. But when she meets a boy named Eric at a baseball game, and accidently dumps her hotdog in his lap, her disastrous “meet-cute” becomes the topic of a viral thread. Now it’s not loyal subscribers flocking to her channel, it’s Internet trolls. And they aren’t interested in her reviews of VHS tapes—they only care about her relationship with Eric.

Eric is overly eager to stretch out his fifteen minutes of fame, but Macy fears this unwanted attention could sabotage her “real-life” relationships—namely with the shy boy-next-door, Paxton, who she’s actually developing feelings for. Macy knows she should shut the lie down, though she can’t ignore the advertising money, or the spark she gets in her chest whenever someone clicks on her videos. Eric shouldn’t be the only one allowed to reap the viral benefits. But is faking a relationship for clicks and subscribers worth hurting actual people? 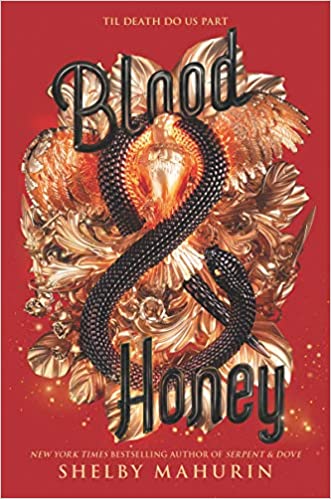 After narrowly escaping death at the hands of the Dames Blanches, Lou, Reid, Coco, and Ansel are on the run from coven, kingdom, and church—fugitives with nowhere to hide.

To elude the scores of witches and throngs of chasseurs at their heels, Lou and Reid need allies. Strong ones. But protection comes at a price, and the group is forced to embark on separate quests to build their forces. As Lou and Reid try to close the widening rift between them, the dastardly Morgane baits them in a lethal game of cat and mouse that threatens to destroy something worth more than any coven. 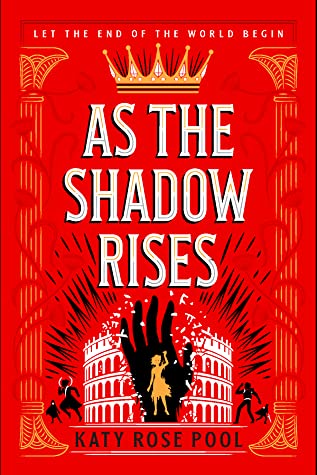 As the Shadow Rises by Katy Rose Pool

The Last Prophet has been found, yet he sees destruction ahead.

In this sequel to the critically-acclaimed There Will Come a Darkness, kingdoms have begun to fall to a doomsday cult, the magical Graced are being persecuted, and an ancient power threatens to break free. But with the world hurtling toward its prophesized end, Anton’s haunting vision reveals the dangerous beginnings of a plan to stop the Age of Darkness.

As Jude, Keeper of the Order of the Last Light, returns home in disgrace, his quest to aid the Prophet is complicated by his growing feelings for Anton. Meanwhile, the assassin known as the Pale Hand will stop at nothing to find her undead sister before she dies for good, even if it means letting the world burn. And in Nazirah, Hassan, the kingdom-less Prince, forms a risky pact to try to regain his throne. When the forces of light and darkness collide in the City of Mercy, old wounds are reopened, new alliances are tested, and the end of the world begins.

Aurora Dominguez is a high school English teacher, college professor and journalist in South Florida. Her work has appeared in The Miami Herald, Where Magazine and J-14 Magazine, all places where she worked as a writer and editor before going from the newsroom to the classroom. Her favorite days are "Caturdays," which she spends with a good book, her husband, Sebastian, and her cat, Luna. Her motto when it comes to reading: "No book left behind!"
All Posts
PrevPreviousSunday Brunch: 2 YA Authors Answer Frolic’s 5 Questions
NextExclusive: Sweethand by N.G. Peltier Cover Reveal and ExcerptNext