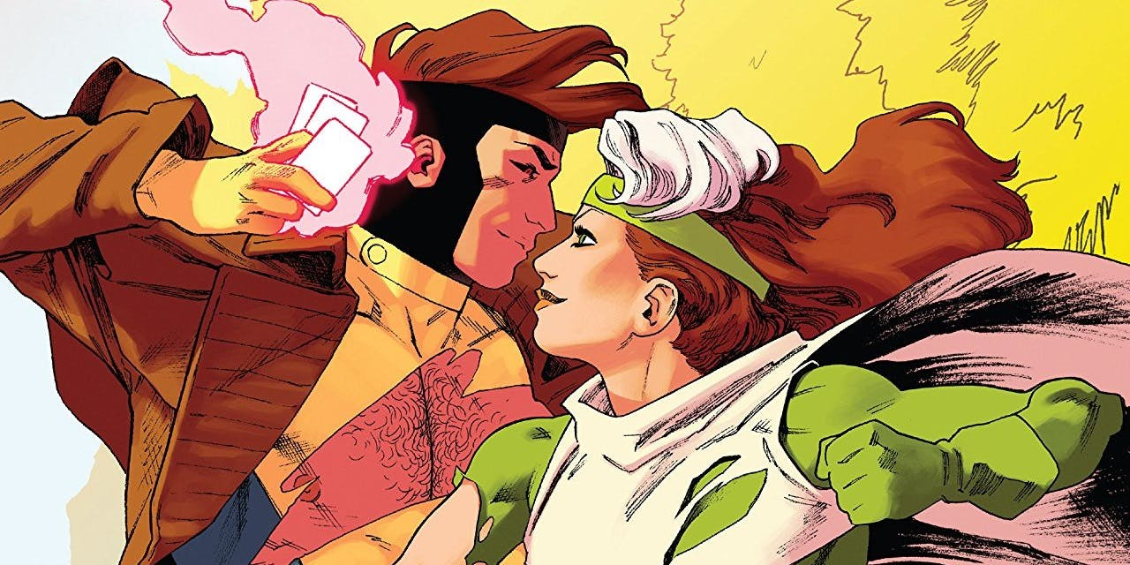 A powerful woman who can’t touch anyone without causing them harm. A notorious flirt with a dark past and a shaky moral compass. With more than twenty-five years of history behind them, Rogue and Gambit have become one of Marvel Comics’ most enduring love stories, even starring in their first spin-off series as a married couple, 2018’s Mr. & Mrs. X! As someone who started ‘shipping them when I was 13 and had their posters all over my bedroom walls, I’m amazed—and thrilled—that we got to this point. 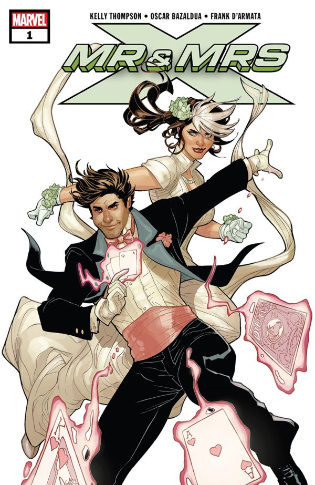 Most people’s familiarity with Rogue comes from the X-Men film franchise, in which she was played by Anna Paquin as a somewhat shy teenager who bonds with Wolverine. The Rogue of the comics couldn’t be more different. Drawn throughout the ‘90s and 2000s as a voluptuous bombshell in tight spandex, she was an intriguing—and haunting—combination of sensuality, attitude, and deep loneliness. Here was this ravishingly beautiful woman from Mississippi whose body was her weapon. Pardon my pun, but that is so loaded. So, pairing her with Remy LeBeau, a reckless “ragin’ Cajun” from New Orleans, was a really bold choice. Here was this lusty, womanizing thief falling for the one person he couldn’t touch—willing to give up all his secrets, even his life, just to be with her. But also willing to wait. Rogue set the boundaries of “no, really, I can’t touch you because it might kill you,” and Gambit understood. The fact that their relationship couldn’t be traditionally physical didn’t deter him one iota. He kept flirting, he kept supporting her. He didn’t give up just because skin-to-skin contact was off the table.

That is the stuff great slow-burn romances are made of, so it’s no wonder that I fell fast and I fell hard—following their every beat of their relationship and practically expiring from bliss when it was addressed on X-Men: the Animated Series as well. The cartoon ran from 1992 to 1997, introducing a whole new audience to Marvel’s mutants and my favorite pairing—albeit in a much more abbreviated form. 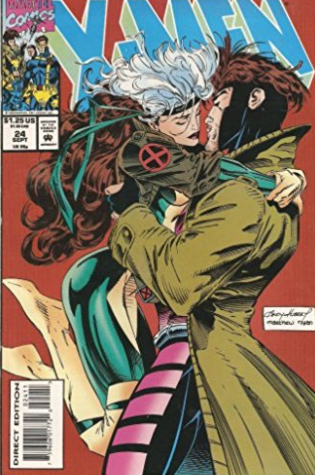 In the pages of the comics, it took them four years after their first meeting to finally kiss—and only because they figured the world was ending and why not carpe each other’s diem? Both unluckily and luckily for them, the world didn’t end. Gambit was rendered comatose from their passionate lip-lock and Rogue absorbed his memories, some so traumatizing that she suppressed them. Their relationship took a seriously rocky turn as a result. It soon became clear that it wasn’t Rogue’s powers keeping them apart—just Gambit’s terrible secrets. She abandoned him in Antarctica in 1997, just two issues after they made love for the first time. (They’d momentarily lost their powers. So they carpe’d each other’s diems again. As you do!) And I abandoned the X-Men for a while, only coming back years later for various “big event” storylines and hints that Gambit and Rogue were making their way back together.

Twenty-one years after their devastating break-up, after a dozen more instances of on-again-off-again, they got married. In a twist worthy of a soap opera, they stepped in after their team leader Kitty Pryde called off her wedding—taking impulsive advantage of a venue, an audience of friends and family, and a lady rabbi. (As you do!)

“I love you with every piece of me, Anna Marie. I haven’t always been a good man. But we’ve been through hell and it’s changed me. You’ve changed me. You see in me the man I hope I am. And that’s my vow to you…to always be worthy of your love and respect.”

“Remy…we’ve been through so much, you and I. We’ve faced challenges a lotta other couples never have to face. But we always keep finding ways back to each other. So that’s what I promise you…that no matter what, I’ll always find my way back to you.”

Rogue was a June bride. It blows my mind. And what’s most remarkable is that I still see the closed-off person Rogue used to be and the unreliable f*ckboy Gambit used to be…but I also see the people they’ve grown into, in part because of what they’ve learned from each other. Rogue’s more fun. Gambit’s more responsible. They’ve found work-arounds to her absorption powers. They make jokes about whips and chains (I could probably write a whole separate post about their kink dynamics). They make a great team, and that’s patently clear in the pages of Kelly Thompson’s Mr. & Mrs. X, which kicks off with their honeymoon getting interrupted by intergalactic shenanigans.

I don’t know if this is “HEA” for the tumultuous duo—knowing Marvel, any number of catastrophes could happen in the next year or two—but I’m definitely happy for now!