Mrs. America and the Ripples of Activist History 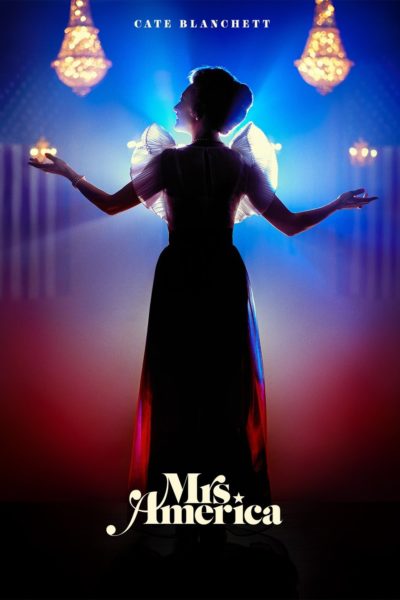 One of the top things I remember from my very first lecture of my Women’s and Gender Studies graduate school experience was the discussion of how we are even able to conceptualize feminist history.

Generally, we think of feminist history in terms of “waves”—aka, periods of high vs. low activist activity. But my professor had compiled other ways to think of feminist history, including the idea that instead of waves, we might imagine activist movements like ripples on the surface of water. There’s a small start, and the ripples continue to grow in ever-expanding concentric circles.

Though many other aspects of my Women’s and Gender Studies education may have been more fascinating, surprising or impactful, the idea that feminism is connected by ripples came to mean a lot to me. This concept helped me understand how movements can shift and change while also recognizing the past that we came from.

Upon finishing the first episodes of FX’s newest show, Mrs. America, I found myself returning again and again to the idea that activist history doesn’t just follow the peaks and valleys of imagined waves. Instead, as I watched, it was like I could feel the ripples of the issues, struggles, and personalities of the women onscreen touching my life and concerns in the present day.

Mrs. America spends much time in its first episodes on Cate Blanchett’s incredible performance as real-life opponent of the Equal Rights Amendment, Phyllis Schlafly. Viewers are given a fictionalized slice of Schlafly’s everyday life as she ramps up her interest in fighting against the women’s liberation movement.

We are led to believe that Schlafly’s attention-grabbing opposition isn’t just rooted in deeply-held fears about the women’s liberation movement. Rather, her outspoken attitudes are portrayed as an (overtly problematic) attempt to grab power for herself in whatever way she could in a patriarchal society.

Soon, we’re treated to more star-studded performances of activist icons from the 1960’s and 70’s as they navigate how best to build coalitions and rally support around feminist causes.

Here are a few of my takeaways from the three-episode premiere. From amazing performances to ripples of activism through the ages, there are lots of reasons to check out Mrs. America.

Each of the episodes is named after the woman the episode most closely follows. Cate Blanchett as Phyllis Schlafly, Rose Byrne as Gloria Steinem and Uzo Aduba as Shirley Chisholm absolutely own the screen in each of their respective spotlights in the first three episodes, and the trend continues.

Each actress imbues their performance with humanity and nuance. This is particularly important, since they’re all portraying real-life women who made waves in recent history. It would be so easy for the writers and actors to make each of these women cardboard cutouts onto which we could project each of their respective causes, so the deeply human portrayals go a long way to elevate the entire show.

I fully expect these actresses, perhaps along with many of their high-caliber costars, to sweep all the available nominations at next year’s Emmy Awards!

Opportunities To Learn Something (or SomeONE) New

Though I took a class in understanding feminist histories, there are definitely some women from the 1960’s and 70’s who are more familiar to me than others. I knew a bit about the critiques surrounding Phyllis Schlafly. I was futher educated on the buzz-worthy trails blazed by Gloria Steinem, Betty Friedan and Shirley Chisholm.

My classmates and I were also briefly obsessed with the separatist Rita Mae Brown (who is not featured in Mrs. America), but that’s mostly because she later wrote a series of cozy mysteries under the pseudonym of her cat’s name—Sneaky Pie Brown!

But in all seriousness, even as a student of gender studies, there are plenty of trailblazers that I didn’t get to spend time learning about or understanding. Mrs. America provides a chance for viewers to get other glimpses at the personalities and ideologies of 20th century feminist leaders, their allies, and their adversaries.

Though the show is absolutely fictionalized for narrative convenience, I’m still glad that it may spark inspiration to look up and further research the movers and shakers that Mrs. America features.

I’m going to be honest: as much as I knew this show was worth covering and watching and thinking about, it also took me forever to get down to business and write about it. After mulling it over, I landed on the reason why this was the case. It’s a complex show that sometimes makes me angry, and it’s likely I’m not alone in that response.

The thing is, you’re likely to get angry about any number of things during the viewing of Mrs. America.

You might be angry about the tinges of retro sexism that still feel all too rooted in current pain.

You might be angry when the reasons Shirley Chisholm is encouraged to end her presidential candidacy feel just a bit familiar.

You might be angry about how even politically progressive movements have a bad track record on recognizing or unpacking racial or sexual oppression.

But the good thing is, I think Mrs. America is intentionally designed to make us feel a bit angry. The question is: after you’ve taken in the stunning performances and Googled your new favorite activist, what will you do with that anger?

If it’s true that the model of perceiving movements in the highs and lows of “waves” is limited, then maybe Mrs. America is meant to help us think differently. Maybe Mrs. America helps us look more closely at where we are now, and the ripples of all the people who came before us. And then there’s the next question: what might come next in the ripples of activism in the future?

Erin Phelps is a lover of swoony romance novels, superb television and movies, and splendid comedic podcasts! In addition to writing for Frolic, Erin works at a fun customer service-oriented job at a salon. Sometimes, she can even be found teaching Women’s and Gender Studies at her local college! Her love language is well-constructed pop culture references and her favorite treat is a caramel latte.
All Posts
PrevPreviousDaily Frolic: Rain on Me Music Video!
NextIf You Love RuPaul’s Drag Race, You’ll Love This Show, TooNext