Must-Read Biography: An Excerpt from Jacinda Ardern: Leading with Empathy by Supriya Vani and Carl A. Harte 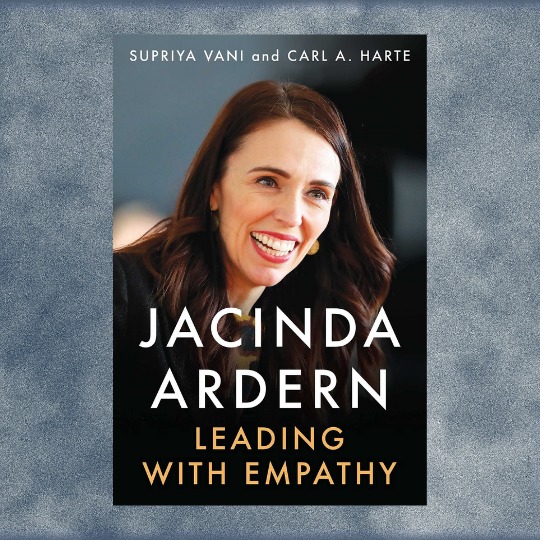 We are so excited to bring you this excerpt from Jacinda Ardern: Leading with Empathy by Supriya Vani and Carl A. Harte! 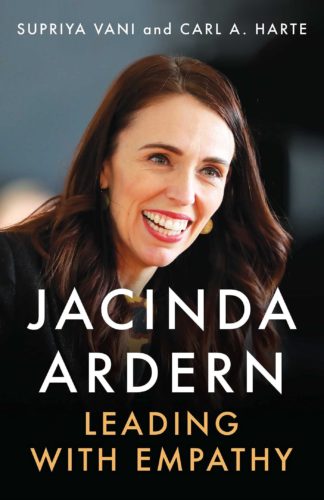 About Jacinda Ardern: Leading with Empathy:

Jacinda Ardern was swept to office in 2017 on a wave of popular enthusiasm dubbed ‘Jacindamania’. In less than three months, she rose from deputy leader of the opposition to New Zealand’s highest office. Her victory seemed heroic. Few in politics would have believed it possible; fewer still would have guessed at her resolve and compassionate leadership, which, in the wake of the horrific Christchurch mosque shootings of March 2019, brought her international acclaim. Since then, her decisive handling of the COVID-19 pandemic has seen her worldwide standing rise to the point where she is now celebrated as a model leader. In 2020 she won an historic, landslide victory and yet, characteristically, chose to govern in coalition with the Green Party.

Jacinda Ardern: Leading with Empathy carefully explores the influences – personal, social, political and emotional – that have shaped Ardern. Peace activist and journalist Supriya Vani and writer Carl A. Harte build their narrative through Vani’s exclusive interviews with Ardern, as well as the prime minister’s public statements and speeches and the words of those who know her. We visit the places, meet the people and understand the events that propelled the daughter of a small-town Mormon policeman to become a committed social democrat, a passionate Labour Party politician and a modern leader admired for her empathy and courage.

Jacinda’s mother, Laurell Ardern (née Bottomley), gave up her careers in office administration and teaching – a common decision for so many women of her generation – to support her family. ‘I had a choice of looking after the girls or working, I chose looking after the children,’ Laurell says. But as she explains, with some regret, decisions as to her future, ‘were made by my parents on my behalf . . . [I] would have liked to have attended university as I wanted to be an accountant, but it was not to be’. After leaving school, she worked in an office at a service station, and in the Te Aroha post office as a telephonist; she later taught technology for three years in Murupara. As Jacinda and her elder sister Louise grew into teenagers, the only career their mother would have was in their school canteen.

A mother who has taken a very different path, Jacinda is acutely aware of Laurell’s sacrifice. ‘Mum is generous to a fault,’ she said in an interview not long after she was elected. ‘She’s very caring and very kind. She made lots of life choices that were all based on me and my sister.’ Laurell expresses no regret; far from it: ‘I wanted to bring [my daughters] up and put all my time and effort into doing things for them because I knew if I did that, they would be good adults.’ The results, it has to be said, are self-evident.

Jacinda is grateful to her mother also, for taking an early lead with that most important parental duty: education. Laurell, she says, introduced her and Louise early to words, showing her young girls flash cards of objects around the home, which would help to instill a love of reading as they grew (Jacinda became a great reader of Nancy Drew mysteries and historical non-fiction). Laurell and Ross made sure their girls could read and do simple arithmetic before they went to school. Determined for her daughters to excel, Laurell would place notes of encouragement in their bags, along with their primary school snacks. Before Jacinda entered the world of politics, her efforts had already paid off. Both of her daughters graduated from university, the first in their family to do so.

Naturally, innate character and personality play their part in the Ardern girls’ success. One of the earliest pictures of the future New Zealand prime minister is endearing. Baby Jacinda beams a gorgeous, winning smile, as she does in so many of her later childhood snaps and, indeed, her adult photographs. In her childhood photographs she seems to engage with the camera, in just the way she engages with people – brightly and positively. In photographs from her teens, she is still sporting dark-blonde hair, but the direct, thoughtful gaze that is now famous is evident. In the years since, it has changed little – merely matured.

Laurell says she ‘could have had a dozen Jacindas’, the young girl was so easy to deal with. Her mother recalls that she was ‘different to other children. She was mature beyond her years and had incredible common sense. I don’t really remember her ever getting into mischief because she was so sensible.’

Sensible and sensitive in equal measure, it seems – qualities that made her acutely aware of the people around her, their feelings and their unhappiness. Though a young girl cannot know the root causes of others’ pain – poverty, conflict, sickness and poor mental health – Jacinda sensed that it wasn’t right for other young children to go without. She questioned why others at her school didn’t have the material comforts she and Louise enjoyed.

Jacinda’s empathy would profoundly influence her, setting in place foundations for her political beliefs and destiny as the social-democrat leader of her nation.

Supriya Vani is a peace activist, speaker and author. As a speaker on human rights, she actively participates in international peace organizations and forums, including the Permanent Secretariat of the World Summit of Nobel Peace Laureates, the Nobel Women’s initiative, and the United Nations. As a journalist, she has interviewed several world leaders including Jacinda Ardern, Prime Minister of New Zealand, Julia Gillard former Prime Minister of Australia, Katrin Jakobsdottir ,Prime Minister of Iceland,Former President of Liberia Ellen Johnson Sirleaf. She is a recipient of an honorary James Patterson Fellowship from Vanderbilt University in Nashville, Tennessee. Her first book, Battling Injustice: 16 Women Nobel Peace Laureates, based on her interviews with all the women Nobel Peace Laureates, won praise from a number of prominent international figures, including Nobel Peace Laureates Malala Yousafzai, His Holiness Dalai Lama, Mikhail Gorbachev, Juan Manual Santos, former President of Colombia, Arianna Huffington and former Secretary General of United Nations Ban Ki-Moon. She lives in New York.

Carl A. Harte is an Australian writer and book editor. The recipient of an eLit Gold Award for his book, Building Your Own Home, he has worked with a number of authors including the late former President of India. He lives in India.

1 thought on “Must-Read Biography: An Excerpt from Jacinda Ardern: Leading with Empathy by Supriya Vani and Carl A. Harte”

Where Romance and Pop Culture Live Happily Ever After.
All Posts
PrevPrevious5 Paranormal Romance Novels With Angels
NextBook of the Week: One Last Stop by Casey McQuistonNext