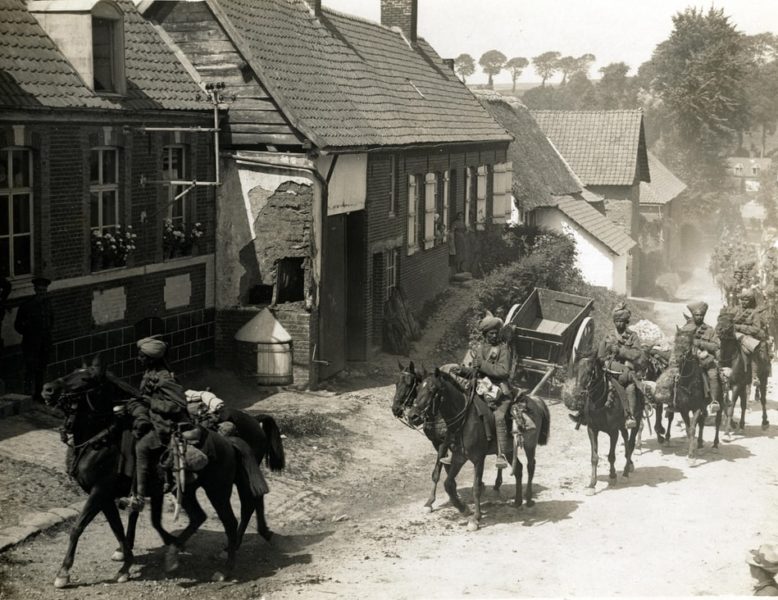 [Note from Frolic: We’re so excited to welcome author Erika Robuck to the site today. She has some great historical fiction recs for you! Take it away, Erika!]

It’s no secret: I’m an historical fiction junkie. I love nothing more than an immersive jaunt through history to allow me to feel what it was like to be there, all while learning something new. These recent releases gave me just the fix I needed and sent me scouring the internet for more. I cannot recommend them highly enough to book clubs. They beg to be discussed. 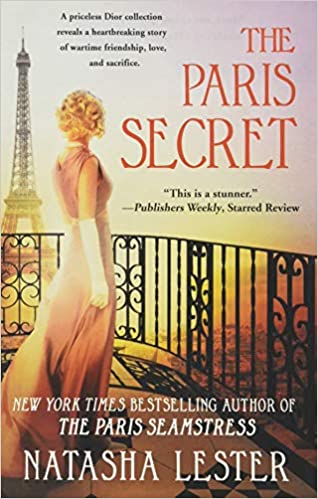 The Paris Secret by Natasha Lester

From NY Times bestselling author Natasha Lester, The Paris Secret is a multiperiod novel about the first female pilots of WWII and their connection to a lost cache of Dior gowns. Lester’s writing is wholly and intimately transportive. Every time I opened the book, I fell into the world contained within its pages, and I didn’t want to leave. The Paris Secret is a dazzling marvel of storytelling, a perfect blend of action, history, and emotional depth. 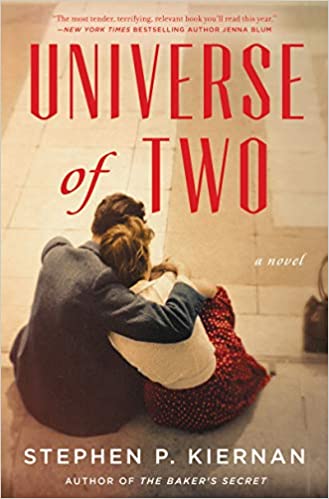 Based on the true story of a mathematician who worked on the Manhattan Project, Universe of Two is a beautiful composition of music, math, history, and humanity. Kiernan meticulously crafts a novel of breathtaking intensity at both the global and the intimate level. Universe of Two explores that while all might be fair in love and in war, it’s what happens in the aftermath where one finds redemption. 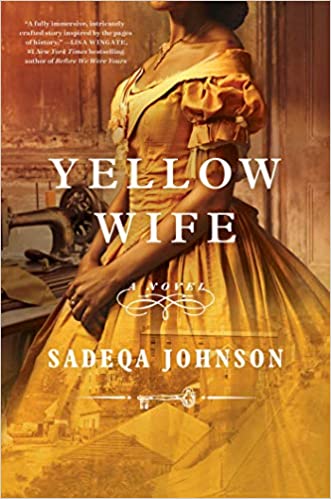 The Yellow Wife by Sadeqa Johnson

Vivid and engrossing, The Yellow Wife takes the reader on an emotional journey with Pheby, an enslaved woman in antebellum Virginia, whose will, conviction, and fortitude are tested in the horrific system in which she lives. From growing up on a plantation in Charles City, to being taken as a wife by a white jailer at Richmond’s notorious Devil’s Half Acre, Pheby is forced to make choices and endure in impossible situations. But her strength, intellect, and great love for those in her care propel her to a final test of courage where she must outwit her enslavers to protect those she holds most dear. 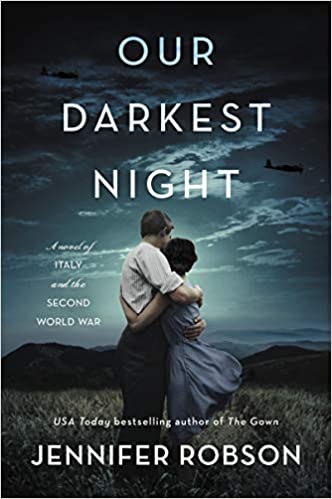 Our Darkest Night by Jennifer Robson

Inspired by true events in WW2 Italy, a former Catholic seminarian and a young Jewish woman must pose as husband and wife for her survival. From devastating lows to dizzying highs, Robson takes the reader on a fraught, compelling, emotional journey. In spite of the horrors, great beauty can be found in both the settings and the characters. Our Darkest Night is a testament to the power of true and abiding love, and the strength and grace that come from it. 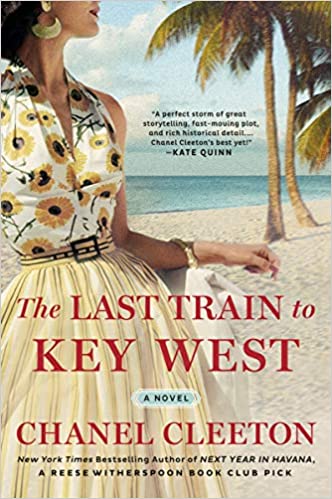 The Last Train to Key West by Chanel Cleeton

From NY Times bestselling author Chanel Cleeton comes the harrowing story of three women in 1930s Key West whose worlds are torn apart by the Labor Day Hurricane of 1935. Cleeton is known for her stories of strong women in exotic, historical settings forging their way into futures of promise. The Last Train to Key West is no exception, and all its romance, intrigue, and suspense make it impossible to put down.

What are your favorite historical novels? You can contact me via www.erikarobuck.com .

Erika Robuck is the national bestselling author of Hemingway’s Girl, Call Me Zelda, Fallen Beauty, The House of Hawthorne, and Receive Me Falling. She is also a contributor to the anthology Grand Central: Postwar Stories of Love and Reunion, and to the Writer’s Digest essay collection Author in Progress. #Hockeystrong, as E. Robuck, is her first satire. Her forthcoming novel, The Invisible Woman (Feb. 2021), is about real-life superwoman of WWII, Virginia Hall. In 2014, Robuck was named Annapolis’ Author of the Year, and she resides there with her husband and three sons. 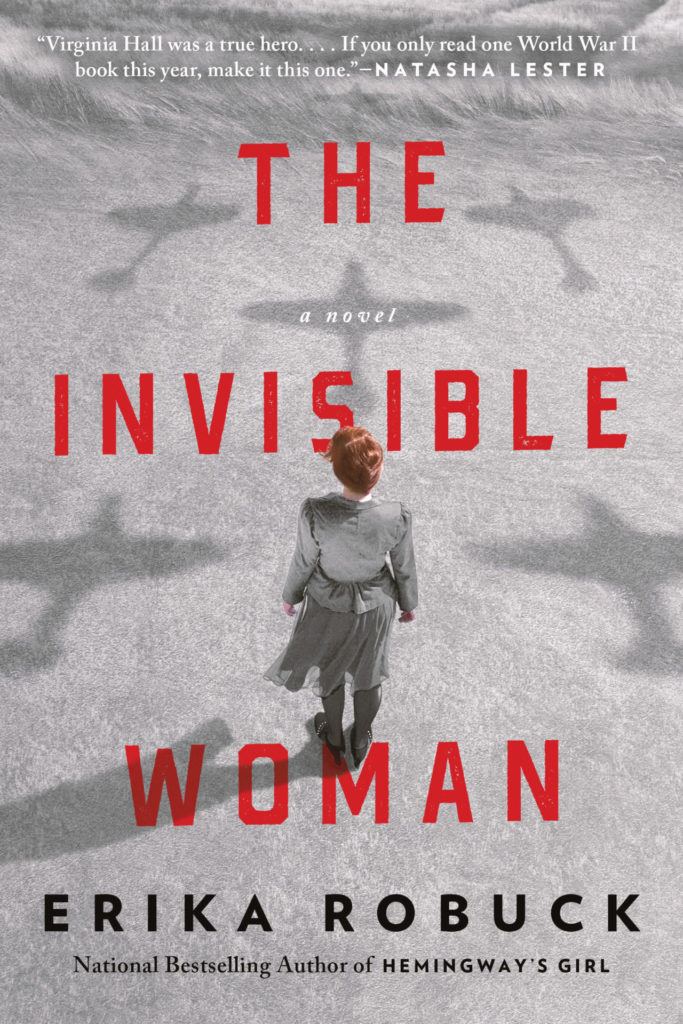 The Invisible Woman by Erika Robuck, out now!

In the depths of war, she would defy the odds to help liberate a nation…a gripping historical novel based on the remarkable true story of World War II heroine Virginia Hall, from the bestselling author of Hemingway’s Girl

France, March 1944. Virginia Hall wasn’t like the other young society women back home in Baltimore—she never wanted the debutante ball or silk gloves. Instead, she traded a safe life for adventure in Europe, and when her beloved second home is thrust into the dark days of war, she leaps in headfirst.

Once she’s recruited as an Allied spy, subverting the Nazis becomes her calling. But even the most cunning agent can be bested, and in wartime trusting the wrong person can prove fatal. Virginia is haunted every day by the betrayal that ravaged her first operation, and will do everything in her power to avenge the brave people she lost.

While her future is anything but certain, this time more than ever Virginia knows that failure is not an option. Especially when she discovers what—and whom—she’s truly protecting.

Where Romance and Pop Culture Live Happily Ever After.
All Posts
PrevPreviousThien-Kim Lam, Preslaysa Williams and Synithia Williams Bring the Love!
Next2021 Book Recommendations from Some of Your Favorite Authors by Amanda LaraNext