My 7-Year Journey to Getting Published 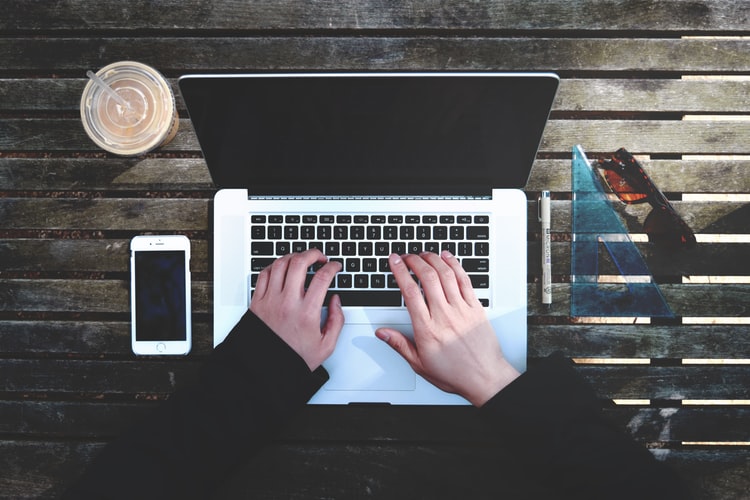 Last week was the one-year anniversary of the release of my debut novel, Latium. Published on August 21st, 2018, Latium is a twisty sci-fi story about family, love, friendship and boarding schools. And though I’m now a bit older than my protagonist, Lydia, (I’m 22, she’s 18), that wasn’t always the case. In fact, I started Lydia’s story when I was just fourteen years old.

From the moment I could pick up a pencil, I was writing. At seven, I entered the nationwide Reading Rainbow short story contest, and cried when my charming little story wasn’t selected. At nine, my best friend and I wrote our first “book,” 50 notebook pages about three best friends who become superheroes (hi, Sandra!) We spent years passing notebooks back and forth, filling them with both original stories and what we now recognize as bad Animorphs fanfiction. Though we continued collaborating through high school, writing about runaway RVs and love triangles (pentagons), I decided to go it alone on my first solo novel during Freshman year of high school.

It started as an idea. A “what if.” Unfortunately, revealing that “what if?” here would spoil basically the entire book, but it was a twisty sci-fi concept that I hadn’t seen done before. I jotted down the name of my main characters—Lydia and Danny—and got to work on my iPad 2, typing out thousands and thousands of words after school every day. I based the “love interest” on my favorite celebrity that year (IYKYK). I added way too many dialogue tags. I wrote myself into massive plot holes that took, quite literally, years, to close up. I wrote the worst book in the entire world, and it clocked in at 59,000 words.

I thought it was amazing. I sent out my book, which ambitiously combined a boarding school mystery, a missing sibling, four love interests and an intense science fiction plot, to a truly embarrassing number of literary agents.

After about a year, it was clear that fifteen-year-old me had no business sending anything at all to a literary agent. But that didn’t stop me. I wrote another book. And then another. I kept Latium on the back burner until I was sixteen years old. And then I wrote it again.

The integrity of the story remained, but there was a new beginning, new characters, an altered plot. My main character was less of a doormat, but she was still a doormat, and I was unhappy with how the story was unfolding. Despite this, I sent it to a few close friends. (Sorry, Autumn. Sorry, Holly.) I didn’t send this round out to literary agents, though. Instead, I rewrote it again. This time, I was determined to tell the story the right way. I would find a cohesive way to get Lydia to the school. I would develop the relationship between her and her brother, Danny, as something more than them hanging out on top of the lighthouse on the shore. I did it. I did a decent job of it.

During my senior spring break trip to California, while sitting in a Pie-5 restaurant, I got the email—I was getting published.

Spoiler alert: I did not get published.

What I did get was an offer from an extremely small publisher who were just finding their footing in the publishing world. I wish I could say that they’ve found it; they appear to be shut down now. Oop.

During my Freshman year of college, I spent almost every waking moment doing one of two things: creating short films with CFC, the campus film club, or editing Latium (classes were often an afterthought for me). I wrote and rewrote and edited and edited some more. I desperately tried to conform to the massive editorial letter that I’d received. In the end, I couldn’t do it. The creative differences were too great, and I got the email that they’d be breaking the contract a few days before Christmas.

I cried. I cried like A LOT. I’d wanted to be a published author since I was six years old, and the opportunity had been yanked away just a few months after I’d gotten it. I was left discouraged and with a shredded manuscript. Literally, it was shredded. Whole scenes were gone, and what was left didn’t really match up with what came after it. Disappointed and discouraged, I did the only logical thing: I wrote another book. I then rewrote one of those other books I’d worked on in high school. And finally, one day during Junior year, I decided it was time to give Latium another shot.

I began writing the fifth draft of Latium in October of 2016. I finished it in January, and sent out the first query on May 30th, 2017, over two years after I’d signed the contract for that old, terrible draft on my 18th birthday. Almost immediately, I was receiving partial and full requests. More than I had for any other manuscript. Certainly more than I’d had for any other iteration of the story. But in the end, those full requests weren’t what got me my publishing contract.

If you’re not familiar with Twitter pitch parties, let me tell you: they are one of my favorite things in this world. From #PitMad to #SFFPit to #PitDark to #DIVPit, authors tweet out a 280-character hook about their book. Agents and publishers who participate “like” the tweet if they are interested in reading more, and you submit your query with the pitch in the title and the tweet in the body of the email. Though not all agents let these queries jump the line, a fair number of them do, as I learned in the June #PitMad of that year.

Unfortunately, I can’t share the full tweet with you here—spoilers. What I can share with you is the second half of the tweet that got me published: “Why is Lydia’s long-dead brother in a recent photo on the wall of her new school?”

It got a few agents curious, and it also caught the attention of an up-and-coming Indie publisher called 50/50 Press. After they liked my tweet, I immediately sent the requested first 20 pages of my manuscript. It only took a week for them to request the full. By the end of August, I had been offered a contract. I accepted, and the rest is history.

Getting the contract wasn’t the end of the story. I still had to go through months and months of developmental edits, creating yet another draft of the book I’d already re-written five times. Writing is a fluid process. Anything and everything is subject to change at any time along the way. You have to, as they say, “kill your darlings.” (RIP Mason, the 3rd love interest from drafts 1-4). But even when you do cut scenes and characters that you once loved, they have a way of creeping back up, whether in new drafts or in different works altogether. Are there things I would change about Latium? Sure. There will always be things I would change. But I can’t. The story, though a culmination of seven years of writing, creating, and struggling to find my voice, isn’t mine anymore. It belongs to the readers.

Getting your work into the world can take a long time. It certainly takes a lot of hard work and a massive amount of tenacity. I wrote my first novel at 14. Got my first offer at 18. Got dropped, also at 18. And finally, at 20, I got picked back up again. The “published by 18 and famous by 21” plan that 15-year-old me drew up in her notebook all those years ago may not have come to fruition, but big things are happening nonetheless. Just in a different way. 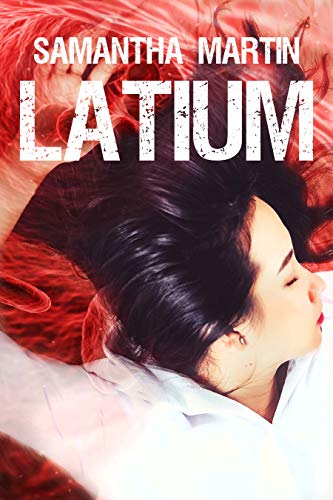 The day the island was attacked, Danny handed his only weapon to his sister Lydia and told her to run. Three years later, she still blames herself for his death. Lydia’s fragile, barely-rebuilt world shatters again when Danny’s murderers return and she’s shot in the back. When she wakes, Lydia finds herself somewhere she’s never been: high school. Yucca Mountain School is hidden deep underground and far from ordinary. The creepy headmaster who claims that her father is dead and the nurse obsessed with drawing her blood at every opportunity would have been bad enough, but when Lydia spots Danny, her brother–her dead brother–in an old school photo, she knows that something is very, very wrong. Desperate to discover what happened to Danny, Lydia must do all she can to unlock the secrets of the school and the mysterious Latium Project before she ends up just like him.

Samantha Martin is Frolic's Creative Executive. She loves television, podcasts and swooning over her favorite band members.
All Posts
PrevPreviousVideo Interview and Exclusive Excerpt from Author Sylvia Day!
NextDaily Frolic: You NEED These Adorable Sloth Pics in Your LifeNext