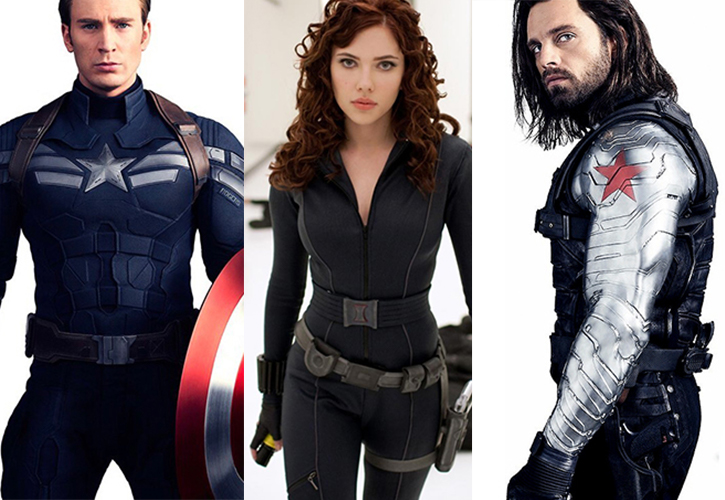 I’ll be the first to admit that I like some freaky fictional stuff, but ménage stories take the cake. There’s just something both wicked and compelling about three (or more) people balancing out relationships and you know I’m here for the sexy good times. A combo that’s a personal favorite is MMF (male-male-female), and while I could recommend a crazy long list of books featuring that kind of relationship, it’s a lot more challenging to find in television and movies.

Never fear! My second favorite thing in the entire world is spending entirely too much time analyzing what shows would become a thousand times better by pairing their characters into a MMF. A good MMF has to have two things: a balance of personalities and one ringleader who glues the triad together, and every one of the suggestions on my list fits the bill.

I’m a sharer, so I’ll share my top four fictional MMFs with you! 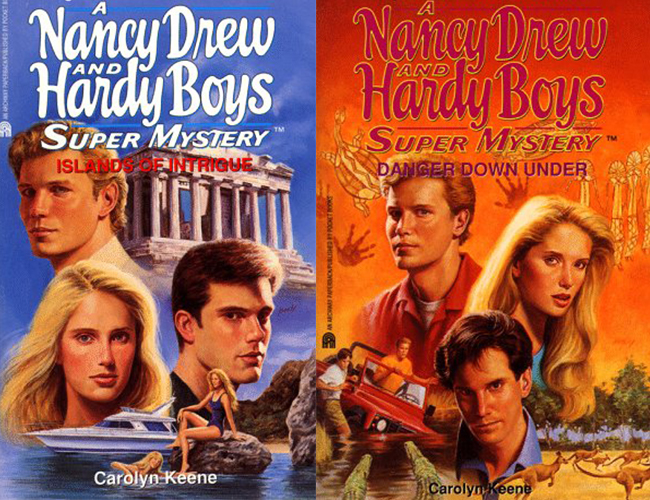 This habit of mine started many, many years ago. I devoured any and all Nancy Drew books by Carolyn Keene, but my favorites were the ones with the Hardy Boys (I know they have names, but let’s be honest—they’re totally interchangeable for this purpose). It frustrated the ever-loving hell of out me that Nancy didn’t bang both of them.

Granted, nine-year-old me didn’t really know much about banging, but I had strong opinions that she should just date them both. And kissing—there should definitely be kissing. Nine-year-old me was also really okay with incest, apparently.

Nancy is the star of that show (and the ringleader), which edges this toward MFM (male-female-male) territory, but this trio was my first, so it still counts. 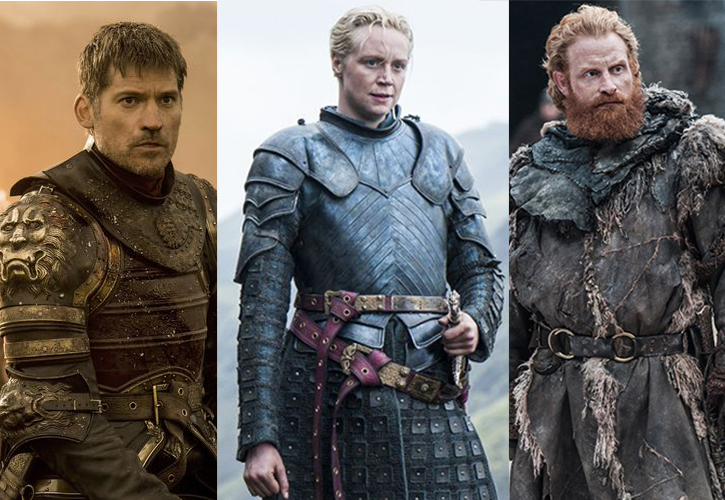 I love Game of Thrones. LOVE it. It’s epic and glorious and there are so many people getting downright freaky throughout the series (GoT is VERY okay with incest). But though there are all sorts of people getting busy, there is no MMF relationship to speak of.

My combo might seem like a reach but bear with me. Tormund would be the glue that binds them together. He’s Freaky with a capital “F.” Being a wildling means he’s not held back by…well, anything. And the way he looks at Brienne is like she’s the Christmas present he always wanted and now it’s under the tree and he’s going to rip that wrapping paper to shreds and just play with her and… I’m getting distracted.

Brienne and Jaime have the mutual respect and attraction thing going for them, but they really need Tormund to wade into the mix and shake things up. He’s not held back by misplaced honor and he’ll get them both out of their own heads long enough to have the good time all three of them need. 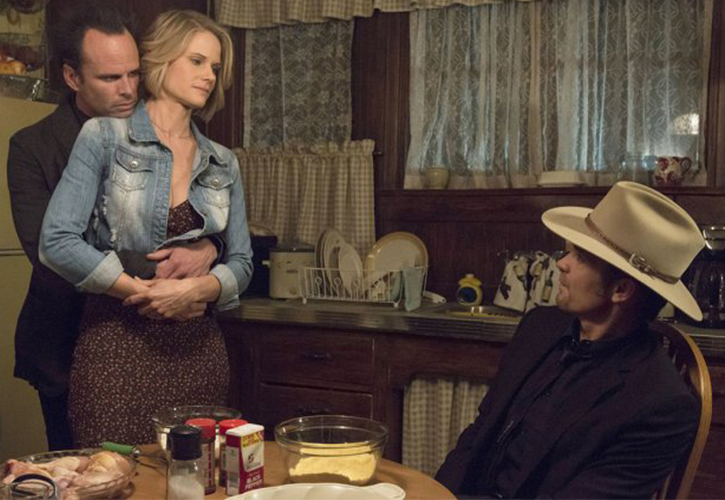 One would think Justified, a show surrounding a U.S. Marshal who’s sent back to his home state after a “justified” shooting, is about said marshal. One would be wrong. The breakout star of Justified is actually Boyd Crowder and he’s got one of the best character arcs I’ve ever seen. The relationships all get complicated, but Boyd and Raylan (said U.S. Marshal) were childhood friends, and both have had separate relationships with Ava at various points in their lives.

Really, they should stop messing around and just move in together. Boyd is straight up bananas, but his crazy is the kind that draws you in, and that applies to both Raylan and Ava. Boyd might be the uniting force, but Ava is the one that balances them out. Both Raylan and Boyd are wicked impulsive and maybe a tad self-destructive, but Ava will straight up shoot a man who steps out of line.

Okay, okay, what I’m saying is that they’re all nuts, but their kind of nuts works together. They have the history. They’ve been through a level of crazy most people never see. They should just stop toying with my emotions and jump into bed together!

Come on. You knew this was coming. No MMF list would be complete without this Marvel trio. Forget that chick Steve kissed in Civil War. We’re pretending it never happened (because it should have never happened…but that’s a whole different post). Steve and Bucky have the strongest relationship in the Marvel Universe movies. They’ve been friends since before they were international badasses, and they would burn the world down for each other. Natasha might be the newbie to the relationship by comparison, but she’s already got a solid friendship with Steve and a healthy mutual respect with Bucky.

Steve and Natasha are just downright trouble together. Bucky might seem like the craziest one of the bunch, but it’s a total fallacy. He’s the one that would balance out the relationship and keep them from starting Civil War 2.0… probably.

And in between all the fighting and staring broodily off into the sunset, there would be so much banging. All the banging. I mean, you have two super-human dudes—one with a kinky arm—and a Russian former assassin. The sky’s the limit!

There you have it! I will argue that every single series should have a MMF relationship in it, and since Hollywood doesn’t seem too inclined to give me what I want, I’ll happily do it myself.

New York Times and USA TODAY bestselling author Katee Robert learned to tell her stories at her grandpa's knee. Her 2015 title The Marriage Contract was a RITA finalist, and RT Book Reviews named it 'a compulsively readable book with just the right amount of suspense and tension." When not writing sexy contemporary and romantic suspense, she spends her time playing imaginary games with her children, driving her husband batty with what-if questions, and planning for the inevitable zombie apocalypse.
All Posts
PrevPreviousTBR Carts Are A Thing That Can Make Your Life Better
NextDo Bookstagrammers Need To Read The Books They Use In Posts?Next