My Favorite Literary Couples Through the Centuries by Jenny Lee 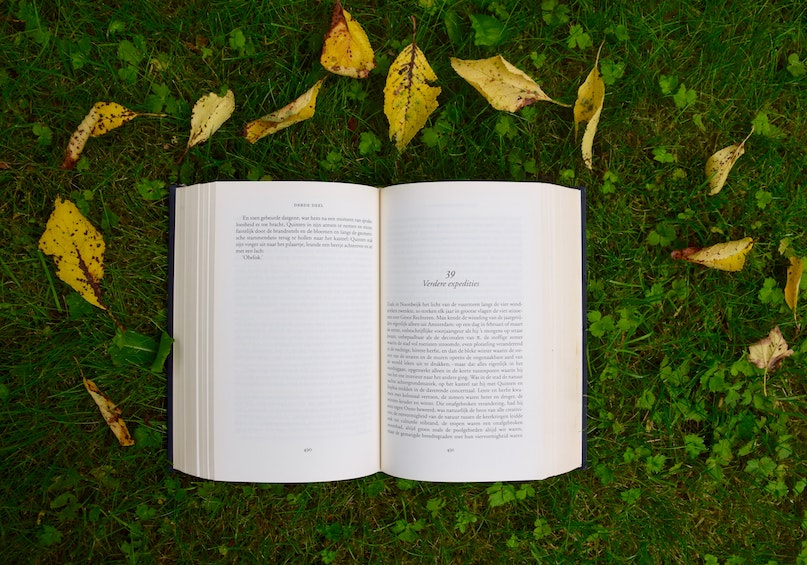 [Note from Frolic: We’re so excited to welcome author Jenny Lee to the site today! She’s talking all about her favorite fictional couples. Take it away, Jenny!]

It makes sense that my answer would be Anna Karenina and Count Vronsky in Tolstoy’s masterpiece Anna Karenina, even though their story does not end well. I first read the book as a high school teen before I ever even had the opportunity to fall in love, and I was immediately captivated by their love-and-first-sight romance. The fact that they can’t be together because she’s married makes it all the more dramatic, and when they finally dance at the ball, she is overcome by his gaze and runs away, back to St. Petersburg.

And then (now figuring you can’t get mad at me for spoilers, this book’s been around since 1878) Vronsky appears on the train having followed her. When Anna confronts him about his stalker-like behavior, he simply tells her he has no choice but to be wherever she is. This totally killed me, still does. It’s definitely my most swoony romantic moment. What I like about it is we get to hear about love from the male perspective. Count Vronsky is an experienced playboy and can have almost any girl he wishes, but upon seeing Anna he falls in love with her immediately and undergoes a transformation that even he doesn’t understand. It’s very sexy how direct he is when he tells Anna he must be wherever she is… he doesn’t hem and haw, he says it simply, as if being in her close proximity is necessary for him to live and breathe. I guess that’s the bar for me when it comes to romantic love… as people we want our lovers to feel intensely about us.

Ideally you would love them back in the same way, and Anna does, but she has many obstacles in her path: the time and place where she lives, her role in society, the fact that she’s married, the fact that women had no rights at that time, and she was also a mother. She has so much to lose by giving in to her feelings for Vronsky. What I continue to get out of their story is that when faced with a love of this magnitude, neither of them have a choice but to be together. That to me is what makes this love story so epic.

Another reason why the Anna and Vronsky love story works so well in Anna Karenina is because it’s counterbalanced by the Levin and Kitty love arc. There are all sorts of love triangles in the book as well, big ones and little ones, so it’s kind of like this beautiful kaleidoscopic vision of 19th century Russia.  It’s the conflicting and contrasting love stories all in one book that really gives such a complete story of the highs and lows of falling in and out of love.

The reason I chose to reimagine Anna Karenina with modern teenagers is that first love is a very explosive, powerful kind of love, like Anna’s and Vronsky’s, and for a lot of us our first loves happened in high school. Also, as the rules of society are integral to the original book’s major themes of responsibility, loyalty and betrayal, high school seemed like the right moment to reexamine Tolstoy’s classic characters. Our teen years definitely have a lot of unwritten (and arbitrary) rules, too. In Anna K, I also added a third main love story, Steven and Lolly’s relationship, because it’s the catalyst for everything that follows and felt like it needed to be brought more into the foreground. It’s Steven’s cheating on his girlfriend that brings Anna to New York City where she happens to meet Vronsky for the first time before everything gets so complicated. It’s a beautifully interwoven, sweeping story with the most complicated and incredible ensemble of characters, and I tried to capture that sort of matrix of emotions that gets set off by Anna and Vronsky’s intensity.

Of course, there are other great loves across literature (and cinema). Here are the honorable mentions in no particular order:

Romeo and Juliet— the original star-crossed teens in love!

Jenny and Oliver from Erich Segal’s Love Story—just really sad at the end there, I kind of don’t even want to talk about it L

Kevin Costner and Robin Wright in Message In A Bottle – one of my favorite cheesy love story movies (and I’m not even into boats!)

Clarence Worley and Alabama Whitman in True Romance—only true love can withstand a suitcase full of uncut cocaine and a shootout with the mob, the DEA and a Hollywood producer’s armed henchmen. 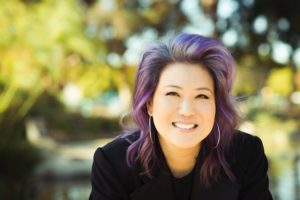 Jenny Lee’s debut YA novel Anna K. A Love Story (Flatiron Books) is out on March 3, 2020 and available at your favorite bookstore, Target and Walmart.  She is a TV writer/producer who lives in Los Angeles with her cute husband (Anna K is dedicated to him!) and her even cuter 135 pound Newfound dog named Gemma (who’s fictional doppelganger is one of Anna’s two Newfy show dogs.) Instagram: @jennyleewrites  Web: jennyleewrites.com 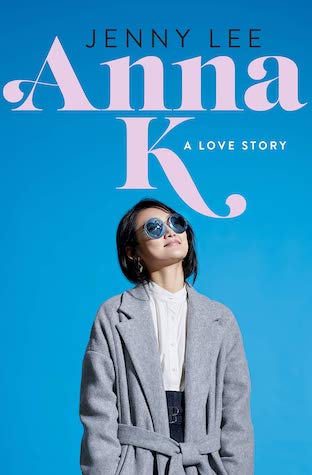 At seventeen, Anna K is at the top of Manhattan and Greenwich society (even if she prefers the company of her horses and dogs); she has the perfect (if perfectly boring) boyfriend, Alexander W.; and she has always made her Korean-American father proud (even if he can be a little controlling). Meanwhile, Anna’s brother, Steven, and his girlfriend, Lolly, are trying to weather an sexting scandal; Lolly’s little sister, Kimmie, is struggling to recalibrate to normal life after an injury derails her ice dancing career; and Steven’s best friend, Dustin, is madly (and one-sidedly) in love with Kimmie.

As her friends struggle with the pitfalls of ordinary teenage life, Anna always seems to be able to sail gracefully above it all. That is…until the night she meets Alexia “Count” Vronsky at Grand Central. A notorious playboy who has bounced around boarding schools and who lives for his own pleasure, Alexia is everything Anna is not. But he has never been in love until he meets Anna, and maybe she hasn’t, either. As Alexia and Anna are pulled irresistibly together, she has to decide how much of her life she is willing to let go for the chance to be with him. And when a shocking revelation threatens to shatter their relationship, she is forced to question if she has ever known herself at all.

Where Romance and Pop Culture Live Happily Ever After.
All Posts
PrevPrevious5 Underrated Queer Romantic Thrillers you MUST read! by Isobel Starling
NextMy Snowed in Survival Guide by Ally JamesNext