My Five Favorite Literary Heroines And Their Modern Counterparts

My Five Favorite Literary Heroines And Their Modern Counterparts

Has anyone ever had a favorite literary heroine and wondered how she would behave in our modern era? It’s too easy to read about literary heroines from the eras in which they’ve been forever placed by their authors, and almost impossible to envision them within the present. Pride & Prejudice’s Elizabeth Bennet, for example, can hardly be imagined without the corseted frocks of the early nineteenth century. Jane Eyre can never be pictured as anything but little and colorless in her simple, drab dress. In an effort to picture literary heroines outside of the periods which hold them captive for readers, I decided to find their modern day counterparts in order to better facilitate the reimagining of characters into our modern era.

1. Elizabeth Bennet & The Duchess of Cambridge

Can there be any doubt that a modern-day Elizabeth Bennet could only be the Duchess of Cambridge, also known fondly to her fans as Kate Middleton? Like Lizzie Bennet (of Pride and Prejudice fame), Kate Middleton came from a background that, while not full of titles, certainly placed her into the social world in which she was able to meet and marry Crown Prince William. Lizzie also bridged her family’s common status and rose to new social heights when she fell in love with Mr. Darcy. It would seem that neither woman was an opportune gold-digger, but genuinely — and luckily — fell in love with men who were enraptured by her beauty and charm.

Okay so don’t judge this comparison of two iconic characters just yet because Gone With the Wind’s Miss O’Hara and real-life Ms. Wintour have more in common than you might think on first glance. Both women were economic climbers, using well-connected romantic partners to advance themselves and their interests, and solidify their wealth. Both were consumed with fashion and obtaining all the good things in life no matter the personal cost. Using their looks, charms, and smarts, both women rose to independence, fame, and fortune.

It’s uncanny how much the life of Angela Thirkell’s fictional character from High Rising, Laura Morland, parallels her nonfictional, modern counterpart, J.K. Rowling. Both women find success as writers following separation from their husbands (Laura’s due to widowhood, Rowling’s to divorce) and proceed to live fascinating lives as a result of their literary success. Fictional author Morland differs from real-life Rowlings in that she lives in a quiet English village while Rowland lives quietly in Edinburgh.

Any reader who has ever devoured Roald Dahl’s Matilda can hardly fail to recognize themselves in the books’ diminutive heroine. But if anyone needs a famous person to imagine as Matilda, look no further than former First Lady Laura Bush, an avid and voracious reader who promotes literacy at every opportunity. Not unlike Matilda who uses her magical powers to help bring peace to her classroom, Mrs. Bush has done her fair share of bringing peace to the world through her philanthropic activities.

While L.M. Montgomery only alludes to her heroine’s dark past before she lands at Green Gables, we can see that Anne’s struggles to conform and fit into her new world are the result of her troubled past. The fact that she eventually overcomes her disadvantages and rises to become one of Avonlea’s most admired citizens is not unlike Malala Yousafzai, who as a child endured a painful and troubled life until landing in safety. Like Anne, Malala overcame adversity and rose to become a figure recognized globally for her strength and determination. Both heroines are known for their grit and determination to not only live, but thrive in a world that once rejected them.

Why I Gave Up Goodreads Challanges

Shelbi Starnes is an educator living in Texas who spends her free time doing photography, baking, reading, writing, and traveling. When she's not hanging out with family and friends, you can probably find her in a local coffee shop plotting her next adventure. You can follow her bookish and life adventures on her blog 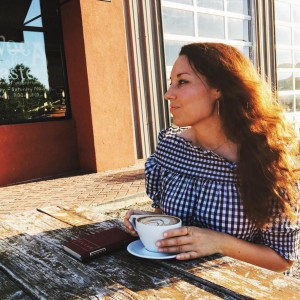 Shelbi Starnes is an educator living in Texas who spends her free time doing photography, baking, reading, writing, and traveling. When she's not hanging out with family and friends, you can probably find her in a local coffee shop plotting her next adventure. You can follow her bookish and life adventures on her blog.
All Posts
PrevPreviousHow To Write A True Love Letter by Author Rachel Hauck
Next‘Love At First Baguette: Episode 4’ by Amanda BouchetNext