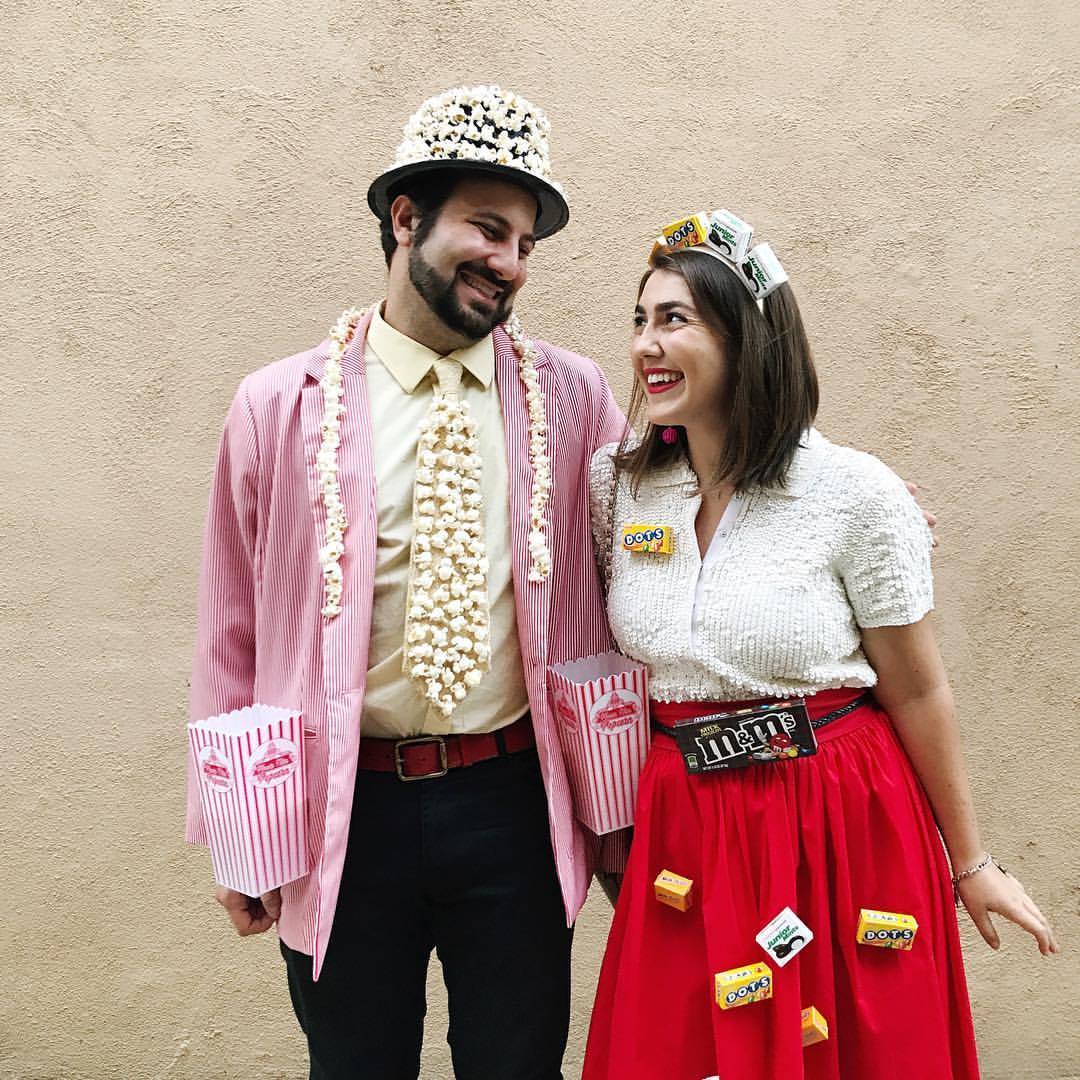 [Note from Frolic: We are so excited to have Rom Com Fest creator Miraya Berke guest post on the site today. Take it away, Miraya!]

As a nervous 14 year old, I was welcomed into my first high school class, Student Government, by the bright smile and charisma of Matt DeMartini, a junior. Instantly, I had a crush. Matt cared about all the same things as me: getting good grades, Mock Trial, musical theater, movies. We were obviously meant to be — he just didn’t know it yet.

Over the next two years we were friends…just friends; we made balloon arches together for rallies and practiced cross examinations for Mock Trial. In person I was shy and giggly, but after school we would talk on AIM, staying up late into the night playing the “question game.” I was braver on AIM and finally confessed my feelings:

ClassicPeach27: k, well, i was wondering, do u think of me as a friend, or as something more?

mattdd103: as a friend, i think i still like my ex girlfriend…*sigh*, i’ll never know what’s going on with that, life is so confusing

mattdd103: sorry i have this stupid thing with my ex…i think you’re awesome though 😀

Though I was hurt, I held on to my hope that one day he would return my feelings. He was just a silly teenager, he’d figure it out eventually. I tried to distract myself with boys in my grade and with school, but the crush was always there. Despite the lackluster response to my confession, we kept talking and flirting… and eventually decided, over AIM of course, that we should kiss. Maybe this would help him get over his ex. Although his rationale for kissing me was less than ideal, I was hopelessly obsessed and willing to take whatever he offered. We borrowed the student store key and arranged the time for our first kiss. Soon one secret kiss turned into many more kisses. It felt mysterious and special, just the two of us. Yet while I wanted to brag to my friends and scream from the rooftop, Matt wanted to keep it secret.

I kept hoping that soon Matt would be ready for us to be seen together. Prom approached, and I desperately dreamed that he would ask me. He didn’t, and I was devastated. In an effort to soothe my hurt feelings, he asked one of his female friends to take me so that I could still attend. So I bought a dress, went to prom, and took group photos next to him…but not with him. 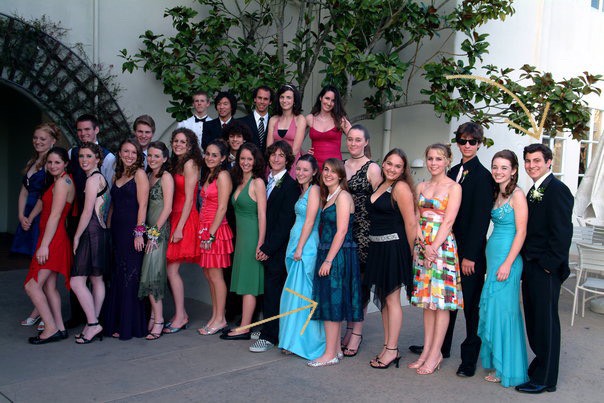 After prom, the pain of his rejection didn’t fade. I didn’t want to just flirt anymore — I wanted more. I didn’t know how to talk to him about how I felt, so I wrote him a letter, which I handed to him before he left for college. The letter ended with:

We never discussed the letter after I gave it to him. He went off to UC Berkeley, where I also ended up two years later. In a new setting amongst tens of thousands of new people, Matt was a familiar and comforting face. Our interests still so aligned, we were members of the same club and attended the same parties. Sometimes we would flirt and he would try to kiss me, but I always said no. He had lost his chance.

Although I was no longer available for secret make out sessions, we stayed friends over the next eight years. After graduating I moved to New York and he stayed in the Bay Area, but we met up for movies or dinner whenever I was in town. Eventually, we realized we were going to be in Los Angeles at the same time for work, and he suggested we get dinner. He made reservations at Sugarfish, a fancy sushi restaurant, and for the first time he took me out on what felt like a real date. After dinner we got drinks at a hip bar nearby, sitting outside by a fire pit, Matt brought up The New York Times’ Modern Love article 36 Questions That Lead To Love.

“How awkward would it be to bring up these questions on a first date? Like hey, want to fall in love with me?” Matt said.

“So true, it would have to be someone you already knew, and had some interest in,” I replied.

“Well, why don’t we give it a try?” suggested Matt.

So we started answering the questions, until we arrived at question #14: “Is there something that you’ve dreamed of doing for a long time? Why haven’t you done it?”

My heart pounding, I decided to answer honestly. I told him that I regretted we never got together, never had a relationship. His answer was to kiss me. The mix of the fire, cocktails and kissing Matt DeMartini, my crush since I was 14 years old, was magical! I couldn’t believe it. After a great night together, I had to go back to New York. We didn’t have a game plan.

A few days later he texted to ask if he could come visit for Memorial Day weekend. We mapped out every night: swanky hotels, restaurants, cocktail bars, Broadway shows. We were living in our own personal rom com montage. We decided we should try out the dreaded “long distance.” Each visit, from the Bay Area, to New York and cities in between, I felt courted and seen in a way that I never did in high school. 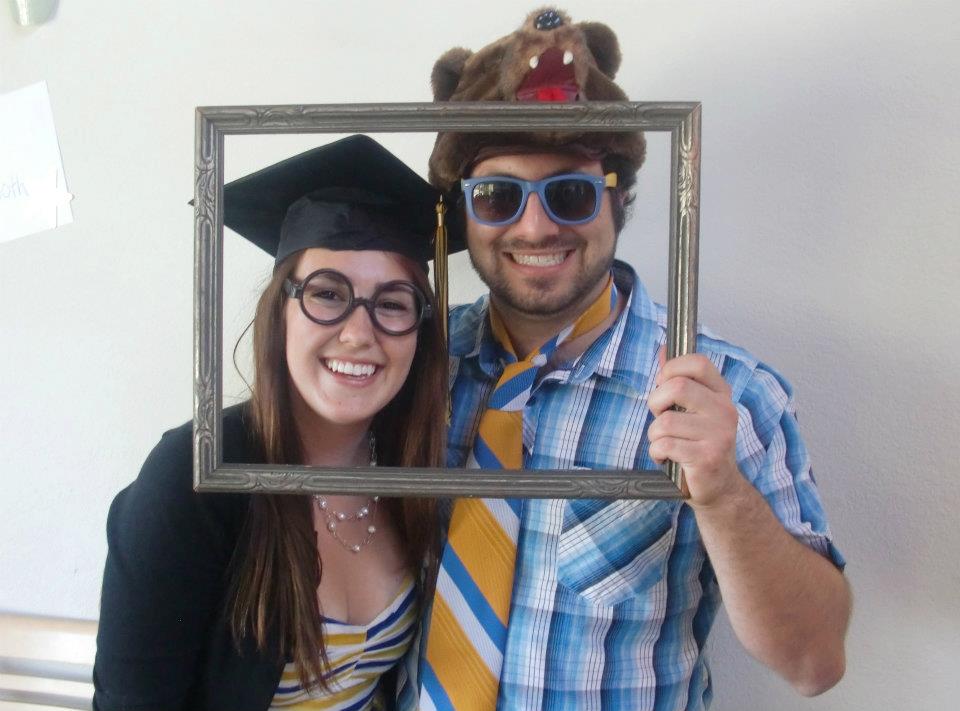 We dated long distance for a year, until we couldn’t bear to be apart anymore — and I decided to move to California to be with him. We’ve been together for three years now and even just got a kitty together. We have as much fun lounging at home watching movies and eating ice cream as we do traveling to new cities and crossing restaurants off our bucket list. Quickly we integrated into each other’s lives and families. Matt makes me feel supported and loved, always attending my events, surprising me with secret date nights and even copy editing this article. Especially as an entrepreneur with a lot of ups and downs, Matt is always there with me, for the tears and the celebrations.

Our shared love of movies is a big theme in our life, with much of our free time devoted to watching movies and going to film festivals. I introduced Matt to many of my favorite films from my favorite genre, romantic comedies. My personal love of the genre and belief that true love really exists is what inspired me to launch the first ever Rom Com Fest this year. As my supportive boyfriend, he helped screen all the film submissions with me — he has definitely watched more rom coms this year than in his whole life! 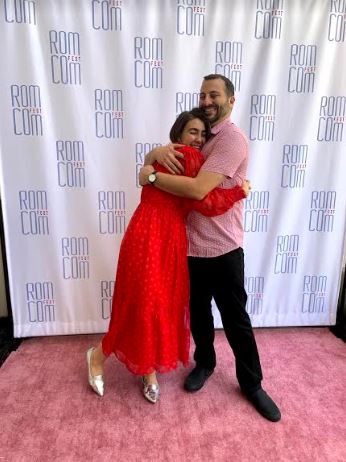 As cliche as it sounds, I truly do believe in the power of love and feel that I am living in my very own rom com. If we had gotten together when I was 14, it might not have worked out. A good relationship can take a while to develop, but that foundation makes it even more special. Matt still has that dreamy smile that me melt the first day of 9th grade. No longer do we call each other secret lovers, we are now lover girl & lover boy. 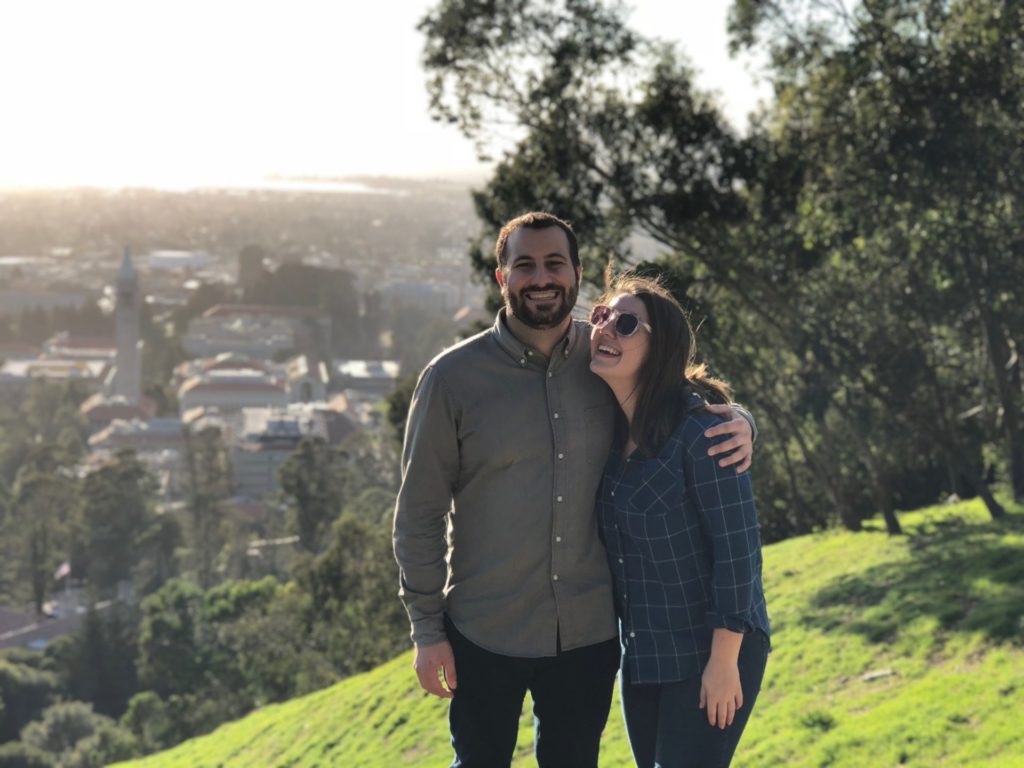 (The quote from the letter is from the original letter I gave Matt, which he kept all these years. And the AIM conversation is from a word doc where I would copy and paste conversations I wanted to save.)

Miraya is the founder of Rom Com Fest, a festival that celebrates love through film and experiences. She believes in the power of love! She creates experiences that spark delight — in addition to Rom Com Fest her events company Pop Productions plans Dessert Goals, a highly curated dessert festival celebrating indulgence, discovery + deliciousness. She has been living in Oakland for two years with Matt DeMartini! The Washington Post wrote about Rom Com Fest and her relationship with Matt, here.

Where Romance and Pop Culture Live Happily Ever After.
All Posts
PrevPreviousModern Love Poems: Far From the Ordinary by Amelia Musselman
NextDaily Frolic: This Bag Could Save You From a Bad DateNext