My Wild Experiences as a Wedding Photographer by Jesse Sutanto 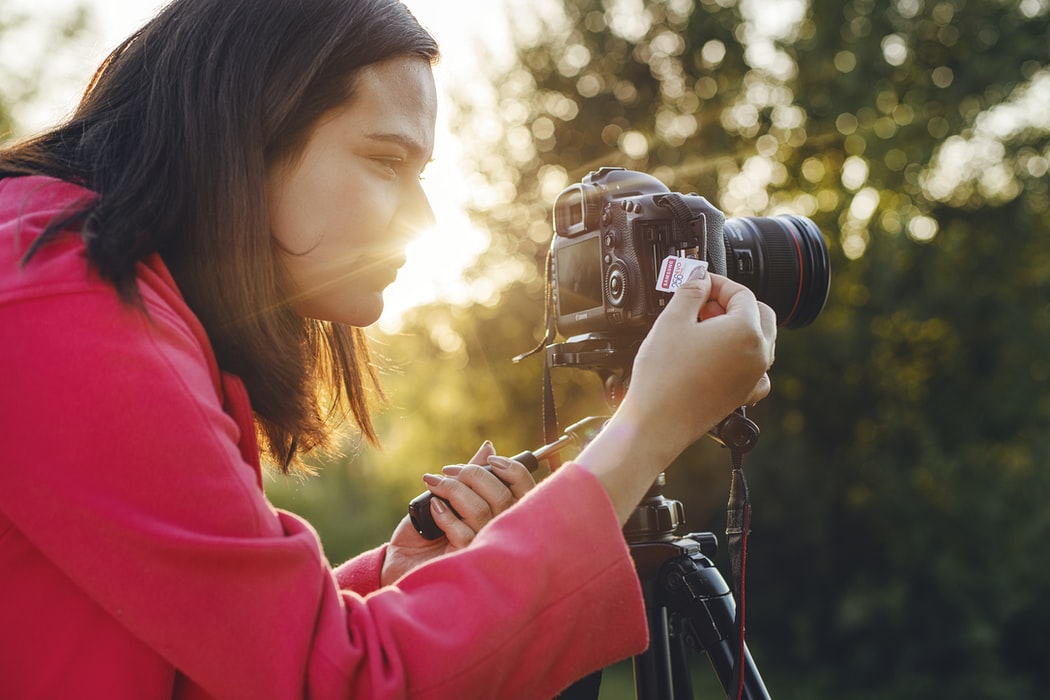 [Note from Frolic: We’re so excited to have author Jesse Q. Sutano guest posting on the site today. She’s sharing some of her wildest wedding photography stories with us. Take it away, Jesse!]

Part of the reason Dial A for Aunties was so effortless to write is because of the sheer number of ways that I related to the main character. Like Meddy, I worked as a wedding photographer for a few years, and boy, do I have stories to share about that!

There is no excuse for poor behavior or treating people with disrespect, but for some folks, all rules of common decency go out the window on their wedding day! Bridezilla and Groomzilla are jokes for a reason. I have experienced some unbelievable situations as a wedding photographer that range from hilarious to I might expire from the awkwardness to completely inexcusable.

I charged very little when I first started, and my first solo wedding was in Southampton, England. The groom and groomsmen all had shaved heads and neck tattoos and the bride was openly dismayed to find that I was Asian. After a hectic ceremony, drinks were served and the bride got a bit…uh, inebriated. I was busy taking photos when suddenly, I heard the bride say, “Right, I’ve had enough” and come toward me with a furious look on her face. You know how they say we all have a flight or fight response to danger? I do not. My flight/fight response is broken. When posed with an emergency, my instinctive reaction is to freeze like a hamster.

Fortunately, before she got to me, her mother and one of the groomsmen caught hold of her arms and bodily dragged her into the limo. Still frozen, I stood there until one of her aunts came up to me and whispered, “Just so you know, I’m only related to these people by marriage.” Later on, when we all convened at the pub for the reception, the bride came up to me and apologized, saying she “gets that way when she’s had a pint or two.” If you think wedding photography is tricky, try doing it while simultaneously making sure that you’re never caught alone with the bride!

The good thing is, after that disastrous wedding, I felt like I could take on anything. And most of the couples I met in the following years were wonderful. As a wedding photographer, I was able to witness some of the most beautiful, incredible moments of someone else’s life. Two of my couples announced at their receptions that they were expecting, and the reactions from family and friends were so touching that I cried a little. One guy hired me to photograph a surprise proposal. He told his then-girlfriend that he had hired a photographer to take a few portraits for their anniversary, and she believed it! The proposal itself happened at sunset, across the river from Westminster Palace and Big Ben, and was the sweetest moment ever.

Oxford University is divided up into various colleges, and some of them have strict rules about who they let into the grounds. Usually, if you show up in a wedding gown and ask to take photos inside the college, the guard will happily let you in. But one college refused. I suggested a different one with more relaxed rules, but one couple insisted that they MUST have their photos taken in that particular college. In the end, we climbed over a fence—yep, the bride in her huge gown clambered up the side of an actual fence and jumped over like a freaking ninja. Luckily, we all made it in and out safely without breaking anything, and she remains one of my favorite brides of all time.

I stopped doing wedding photography when I moved back to Indonesia, because unlike English weddings, Indonesian ones are HUGE. They average around 2,000 guests per wedding, so it is physically impossible to photograph one by myself. I would have to plunge fully into the wedding photography business—build a team of photographers and run it as a full-fledged company. And thus, my time as a wedding photographer ended. I would be lying if I said I didn’t miss it, but all in all, I would say I enjoy writing about it a lot more than actually doing it!

Jesse Q Sutanto grew up shuttling between Indonesia, Singapore, and Oxford, and considers all three places her home. She has a Masters in Creative Writing from the University of Oxford. Jesse has forty-two first cousins and thirty aunties and uncles, many of whom live just down the road. She lives in Jakarta with her husband and two daughters. Connect with Jesse online at www.jesseqsutanto.com., twitter.com/thewritinghippo, instagram.com/jesseqsutanto, and facebook.com/JesseQSutanto. 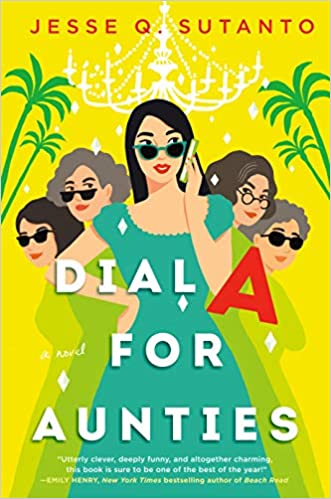 Dial A for Aunties by Jesse Q. Sutanto, out April 13!

What happens when you mix 1 (accidental) murder with 2 thousand wedding guests, and then toss in a possible curse on 3 generations of an immigrant Chinese-Indonesian family?

You get 4 meddling Asian aunties coming to the rescue!

When Meddelin Chan ends up accidentally killing her blind date, her meddlesome mother calls for her even more meddlesome aunties to help get rid of the body. Unfortunately, a dead body proves to be a lot more challenging to dispose of than one might anticipate, especially when it is inadvertently shipped in a cake cooler to the over-the-top billionaire wedding Meddy, her Ma, and aunties are working at an island resort on the California coastline. It’s the biggest job yet for the family wedding business—”Don’t leave your big day to chance, leave it to the Chans!”—and nothing, not even an unsavory corpse, will get in the way of her auntie’s perfect buttercream flowers.

But things go from inconvenient to downright torturous when Meddy’s great college love—and biggest heartbreak—makes a surprise appearance amid the wedding chaos. Is it possible to escape murder charges, charm her ex back into her life, and pull off a stunning wedding all in one weekend?

Where Romance and Pop Culture Live Happily Ever After.
All Posts
PrevPreviousSunday Brunch: A Chat with 3 Amazing Authors
NextNew YA Series to Try in Early 2021Next