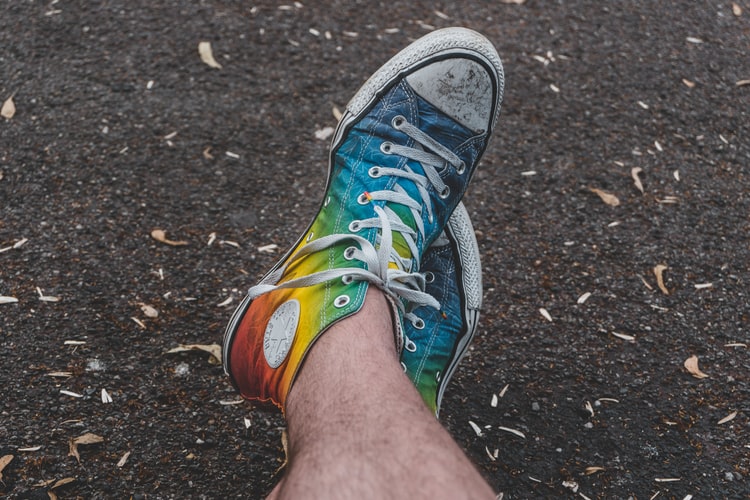 [Note from Frolic: Today, we welcome author Alison Cochrun to the site. She’s talking all about why we need a queer Bachelor star! Take it away, Alison!]

I first fell in love with The Bachelor franchise watching the second season with my sisters in the basement of my parents’ split-level. I don’t remember much about Aaron Buegre, but I can recall, with perfect clarity, the woman who won that season, Helene Eksterowicz. I can recall her shiny brown hair and the chunky sweater she wore on their one-on-one date, and how invested I became in her happy ending. I desperately wanted the Bachelor to choose her, and when he did, I felt immense satisfaction along with a strange sense of disappointment.

Now, almost twenty years later, as an out lesbian, my disappointment makes a lot more sense. I had an innocent crush on a contestant from a reality dating show. At fifteen, though, instead of recognizing those feelings for what they were, I got swept up in the heteronormative premise the show offered, where the ideal outcome is always an engagement between a beautiful man and woman. Because what is The Bachelor franchise if not the epitome of traditional heterosexual courtship? Of course I bought into that as a teen.

Two decades later, and I’m still watching The Bachelor (often against my better judgment). Two decades later, and The Bachelor hasn’t changed much, either. It’s still peddling the same love story it has been selling for the past twenty-five seasons (plus sixteen seasons of The Bachelorette). During the lifespan of the show, we have seen the legalization of same-sex marriage and widespread social acceptance, yet queer couples have yet to be included in The Bachelor’s journey to the final rose.

All of this feels especially relevant in light of Colton Underwood’s recent coming-out interview with Good Morning America, during which Colton said he thanked God when he was cast as the Bachelor, because that meant God had made him straight. After twenty years, the show’s narrative has become almost pathologized to the point where a man believed starring on the show determined his sexuality. Which is why the time has come for the franchise to expand its portrayal of what love is and what love can be by casting a queer lead. In fact, I believe the show has to cast a queer lead if it wants to continue to remain relevant.

As a member of Bachelor Nation, I forfeited to the idea that there is no space for someone queer like me within the boundaries of the show a long time ago. LGBTQIA+ identities have been all but erased from existence in The Bachelor world, with rare exceptions—most notably, with Demi Burnett’s engagement to Kristian Haggerty on season 6 of Bachelor in Paradise. This, despite the fact that now 1 in 6 Gen Z adults identify as LGBT according to the recent Gallup poll. On the most recent season, just over half the contestants were twenty-five or under. As the contestants get younger and the show continues to court the same demographic, The Bachelor is going to have to adapt with the culture if it wants to attract modern viewers.

Colton’s problematic treatment of ex Cassie Randolph makes it difficult to justify continued media attention (and reported Netflix deal), but as a gay woman who loves The Bachelor, I can’t help but feel moved by his coming out. Queer fans have virtually no other representation within the franchise. This lack of representation led me to envision the circumstances in which a queer lead could helm the show–a project that resulted in my debut novel, The Charm Offensive. I wanted to be able to write myself into that world somehow, but fans shouldn’t have to create fictional versions of the show to see their reality mirrored back to them.

The franchise’s issues with representation extend far beyond its queer erasure, and Matt James’s most recent season (the first with a Black Bachelor in twenty-five seasons) brought the show’s problems with racial diversity and representation to the forefront. The casting of Rachael Kirkconnell and Chris Harrison’s defense of her in conversation with Rachel Lindsay—not to mention the disproportionate screen time given to white women on the “most diverse season ever”— shined a spotlight on issues fans, and especially fans of color, have been criticizing for years. With Chris Harrison’s break from hosting and the airing of two consecutive Bachelorette seasons, the show is already in a state of reinvention. Now is the perfect time to throw out all the things that are not serving the cast or the audience and reimagine what the show could be. The show would be doing itself a favor by casting a new queer lead as a way to break out of its antiquated gender norms and toxic tropes.

At the end of the day, The Bachelor is a show about love. And love, more than anything else, is the reason now is the time to expand the scope of the show to make space for a queer lead. Queer love is beautiful, and the diversity within gender and sexuality offers a richness of material with which the franchise can tell fresh love stories, rather than a stale spin on the same tale we’ve been watching since 2002.

There are reality dating shows out there telling inclusive queer stories— an amazing season of Are You the One?, Finding Prince Charming, The Twelve Dates of Christmas, an upcoming season of Love Island, reportedly— but The Bachelor is the only reality dating show with its own nation of fans and a sizable chunk of the Primetime real estate . As the longest-running reality dating show, it has a greater platform and a larger influence, and it has the chance to be a catalyst for positive change. If the show really wants to show its support of cast members like Demi Burnett and Colton Underwood beyond congratulatory tweets, it needs to make room for queer stories to unfold on screen with the same level of attention and care it gives to its heterosexual stars.

As ridiculous and unrealistic as the show is—as absurd as it may be to fall in love with someone over the course of a few weeks under the pressure-cooker of lights and cameras—as an often-cynical millennial woman, I tune in season after season because part of me wants to be sold the idea of fairy-tale love. I might watch “ironically” and with a critical eye, but there is also part of me that wants to believe, each season, that this is the couple that will make it. As embarrassing as it is to admit, I want to be invested in the fairy tales the show weaves. It’s time for the show to fully recognize the power it wields in getting to decide who deserves a happily ever after.

Alison Cochrun is a high school English teacher living outside of Portland, Oregon. When she’s not reading and writing queer love stories, you can find her torturing teenagers with Shakespeare, crafting perfect travel itineraries, hate-watching reality dating shows, and searching for the best happy hour nachos. Follow her on Instagram @alisoncochrun and visit alisoncochrun.com for more information. 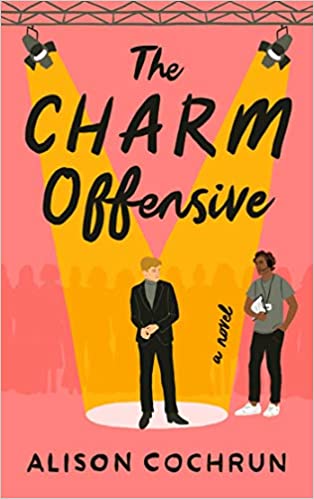 The Charm Offensive by Alison Cochrun, out September 7!

Dev Deshpande has always believed in fairy tales. So it’s no wonder then that he’s spent his career crafting them on the long-running reality dating show Ever After. As the most successful producer in the franchise’s history, Dev always scripts the perfect love story for his contestants, even as his own love life crashes and burns. But then the show casts disgraced tech wunderkind Charlie Winshaw as its star.

Charlie is far from the romantic Prince Charming Ever After expects. He doesn’t believe in true love, and only agreed to the show as a last-ditch effort to rehabilitate his image. In front of the cameras, he’s a stiff, anxious mess with no idea how to date twenty women on national television. Behind the scenes, he’s cold, awkward, and emotionally closed-off.

As Dev fights to get Charlie to connect with the contestants on a whirlwind, worldwide tour, they begin to open up to each other, and Charlie realizes he has better chemistry with Dev than with any of his female co-stars. But even reality TV has a script, and in order to find to happily ever after, they’ll have to reconsider whose love story gets told.

Where Romance and Pop Culture Live Happily Ever After.
All Posts
PrevPreviousMust-Read Suspenseful Romances by Catherine Cowles
NextAuthors Donating a Portion of Book Sales to Benefit Mental HealthNext