Obsessed With Mr. Darcy? He’s In More Franchises Than You Think! 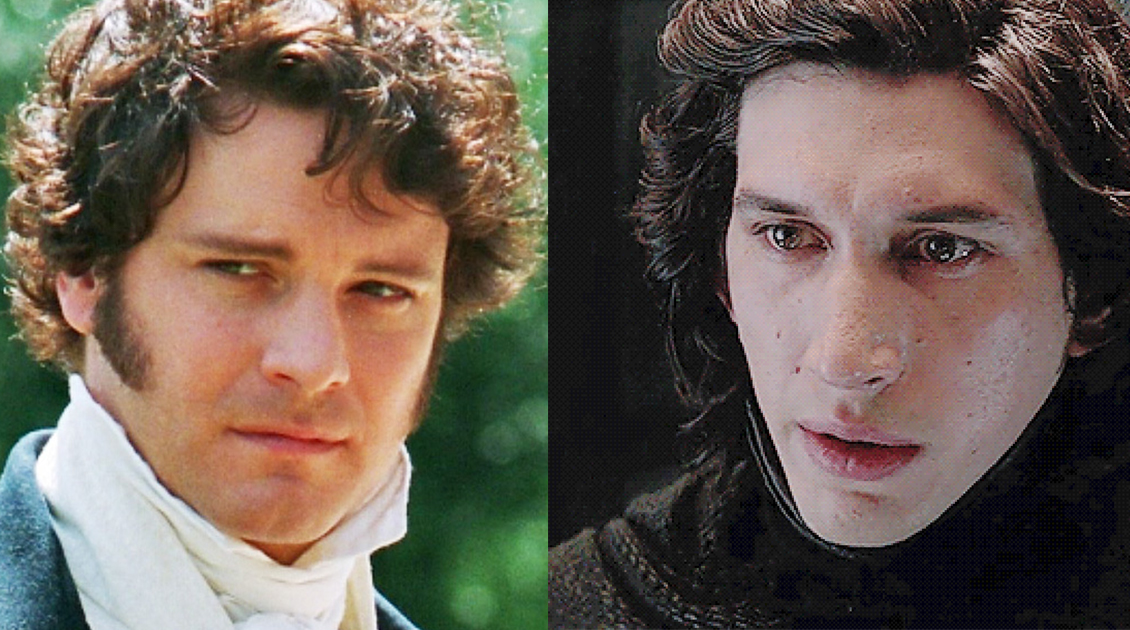 For those of you who are madly in love with Fitzwilliam Darcy, the “fictional,” moody, arrogant, and proud leading man of Jane Austen’s Pride and Prejudice, we can definitely relate.

If at this point in your life you have not fantasized about ending up with a “Mr. Darcy” type partner, then this article may not be for you. It’s reserved purely for the hopeless romantic who has shunned a “normal” love life in favor of waiting for Mr. Darcy in whatever form he may present himself.

We have compiled this list of the top ten Darcy-type characters in each popular TV and movie fandom. Enjoy!

Regarding the newest Star Wars generation, there is no mistaking Darcy is the son of Han Solo and Leia Organa: Ben Solo aka Kylo Ren. Evil? Yes. Ruthless? Undoubtedly. But part of Kylo Ren’s appeal is that he expresses just a hint of redeem-ability. And Darcy is nothing if not redeemable. Ben Solo/Kylo Ren is constantly at war with himself — born to parents who fight for the light, and even attracted to a feisty woman who is his equal in the light (Rey), yet, he still feels drawn to the Dark Side. It’s so tempting to hate him with his emo attitude and contempt for the Resistance — but who can resist a man who is so conflicted he might just change for you?

Wealthy, a hero, and incredibly caring? It’s easy to swoon over T’Challa. He may not be the most obvious Darcy comparison, but at their core, the two share many similarities. In Black Panther, we see T’Challa face the immense pressure of being the new monarch of Wakanda. Despite trying to isolate himself, his friends are always around him to pull him back in. He’s incredibly protective of Wakanda and his people, but soon he realizes (thanks to his girlfriend, Nakia) that Wakanda’s resources are too invaluable to not share with the world.

Darcy is often thought of as a young, arrogant man who at first displays a cruel sense of humor, which might make one THINK that Draco Malfoy would be the Darcy of the Harry Potter realm.

(Spoilers) In the end, Draco turns out to be cowardly and selfish, as demonstrated throughout his time at Hogwarts. Severus Snape, on the other hand, reveals to Harry that he’s been in love with his late mother, Lily, the entire time. Everything that Snape ever did, even if appearances suggested contempt, was an act of love. Just as Darcy moved heaven and Earth to get Wickham to marry Lydia, Snape did everything and anything that magic would allow in order to protect Harry. Always.

The Leslie Knope and Ben Wyatt love story can be compared to the Elizabeth and Darcy love story. When Ben initially comes to Pawnee, he and Leslie have such opposite views in their work, but soon they learn to understand one another. Really, it’s Ben seeing Leslie’s enthusiasm for parks that makes him want to stick around. Ben starts out as a stuffy, numbers guy, but in getting to know Leslie, he lets himself relax and become the adorable, awkward, lovable guy we all adore.

Dwight is total Darcy. He thinks of himself as superior to others, he’s a know-it-all, but there’s moments where deep down (deep, deep down) we see he has the ability to care. When it comes to his girlfriend/co-worker Angela, Dwight would literally do anything to make her happy and ultimately puts his pride aside to do that. Sure, he (SPOILER) froze her cat, but he had good-ish intentions with that, right? He’s the awkward, misunderstood Darcy of Scranton, Pennsylvania.

He’s dark. He’s tortured. He’s got something to prove. If Darcy were to manifest himself in the realm of Game of Thrones, he’d undoubtedly be Jon Snow. While this applies mostly to Season One Game of Thrones (which feels like a thousand years ago, doesn’t it?). Jon Snow was just a rich kid who felt like he had no right to shoulder a family legacy, and he had something to prove. He had a difficult time allowing himself to love the woman of his dreams because they originated in different worlds, but he eventually comes to realize that love must be put above all else.

There are several compelling reasons why we could assume that Sherlock Holmes himself is the perfect Darcy — he’s cold, aloof, and holds a certain contempt for those who are not able to keep up with him. But that’s the Darcy that Elizabeth knows in the beginning. He’s not the Darcy we see change and slowly grow to love.

That Darcy would be MYCROFT, the silent, egregiously wealthy older brother of Sherlock, who quietly sits in his Ivory Tower making the world go round. While he has no love interest in the show, he cares deeply for his younger sibling, as Darcy does, and he is ever so slightly more sentimental than Sherlock.

This is a pretty obvious one. He’s dark, moody, mysterious, and he has a strong aversion to social niceties towards the woman he loves. We’re referring, of course, to Edward Cullen. While not quite the societal snob that Darcy is, Edward feels compelled to distance himself from Bella at the beginning of Twilight, albeit for bloodthirsty reasons, making Bella question his interest in her. When the happy couple later gets together, he is devoted to winning her over, and he demonstrates that he is willing to do anything to make her happy.

He’s rich, he’s judgy, he’s awful, he’s Darcy. When we first meet Logan, he’s an arrogant, entitled, rich snob. Sure he pretty much stays that way throughout his story arc, but there are moments where we get to know and like Logan. Like Darcy, Logan is of a higher class and status, and there’s definitely pressure that comes with living up to the Huntzberger name and legacy.

Captain Holt is not here for your nonsense or emotions. Much like Darcy, he doesn’t always realize that his honesty cuts to the core of the people around him (especially Jake Peralta), but we still love him for it. He’s overcome plenty of adversity to reach his rank, which makes him a well-respected leader. If Mr. Darcy and Captain Holt were in the same room, you’d never know it, but the two would be having the time of their lives.

1 thought on “Obsessed With Mr. Darcy? He’s In More Franchises Than You Think!” 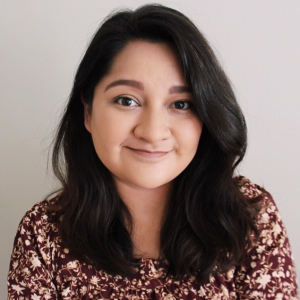 Yolanda enjoys writing in her free time and obsessing over various fandoms. She's the co-host of The Pemberley Podcast which covers Jane Austen adaptations. She lives and works in Los Angeles. Follow her fandom ramblings on Twitter.
All Posts
PrevPreviousMy 10 Bookstagram Fails & How You Can Avoid Them
Next5 Questions With YA Author Holly Black (Exclusive)Next