On ‘Reproductive Choice,’ And the Stories We Choose to Tell by Lauryn Chamberlain 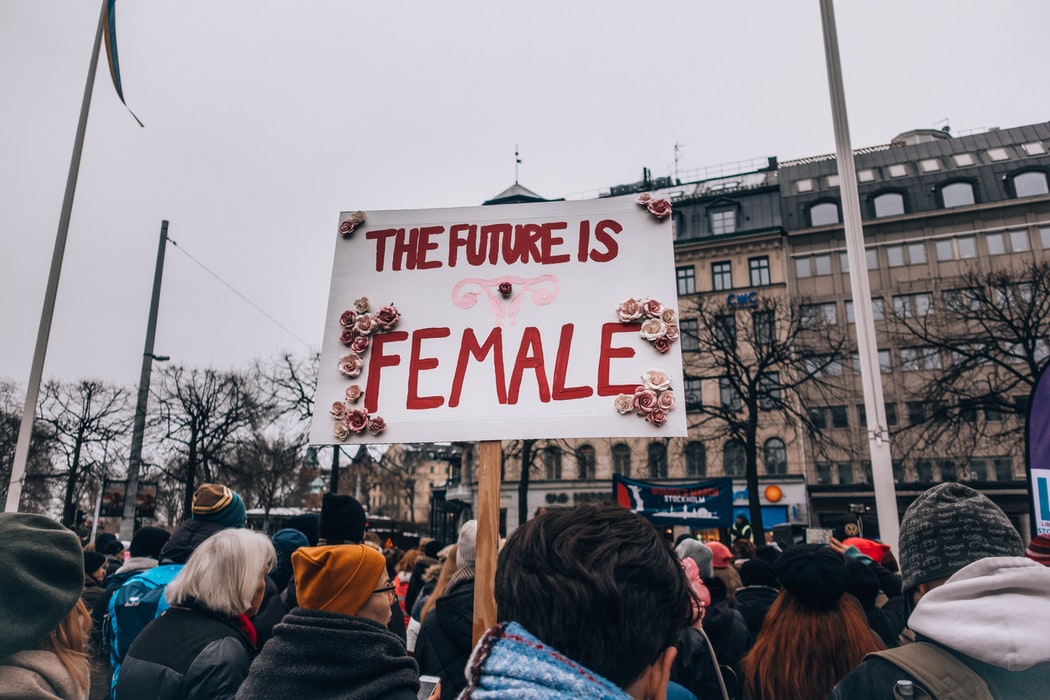 [Note from Frolic: We’re so excited to welcome author Lauryn Chamberlain to the site today. Take it away, Lauryn!]

I first heard the term “reproductive choice” in a Planned Parenthood office.

I was 17 and too nervous to tell my parents I wanted to start taking birth control, so I had booked an appointment at the clinic under a fake name and gone alone. I didn’t really know what I was doing: My high school sex-ed program was of the variety that asked students to sign a virginity pledge. The instructor had spoken about gynecological exams only briefly, holding up a speculum in a way that felt like an intimidation tactic, a threat to keep us from becoming sexually active; we were warned that such an exam would be “painful.”

“You might want to think about getting your virginity pledge cards laminated,” she said as we filed out of the room. “It could make a nice gift for your future spouse on your wedding night.”

Even at 14, I had known that I would not be laminating a virginity pledge card (nor marrying someone who would ask to receive one). But years later, sitting on the exam table at Planned Parenthood, the memory of that class stuck with me. I didn’t know what would happen in a pelvic exam, except that they had told me it would hurt. I didn’t know much about sex, except that they had told me it was something boys would want from me, and it was up to me to say no. (And yet, here I was, the one who wanted it.) I didn’t know if all of this was “normal.”

I don’t remember the name of the doctor I saw that day, but I remember her face, her warm brown eyes and her calm smile that told me she saw dozens of women like me every day. “You don’t have to be afraid,” she said. “You’re doing the right thing by coming here. It’s good that you’re being proactive about preventing pregnancy when it’s not what you want. Reproductive choice is important.” She talked me through birth control options, timing for future pap-smears, and I left with a prescription and a renewed burst of self-confidence.

It has now been many years since I felt ashamed about going to a gynecologist. But in my twenties, when I offhandedly shared this experience with my friends — when I started to hear their similar stories — I began to realize how much of the experience of being a woman, particularly when it comes to, yes, reproductive choice, is still shrouded in shame or secrecy.

One of my closest friends in college had almost left a birth control consultation after being shamed by a campus doctor about getting on the pill and warned against “having too much sex.”

My first friend whose partner experienced a miscarriage had felt alone, and she hadn’t known that it happens in between 10 and 20 percent of pregnancies.

And when a woman close to me told me she had had an abortion, in college, she whispered it to me in the corner of a dark room, then cast her eyes around to make sure not even a single one of our other friends had heard. It was her right, of course, to want to keep the experience private. But I remember specifically that she thought she was unique: uniquely alone, sure to be uniquely judged. But she wasn’t: About one in four women will have an abortion by age 45.

In the ten years since I first heard some of these stories, I’ve started to see a subtle but important shift: I’ve watched as women have dared to speak more publicly about their experiences with pregnancy, with miscarriage, with the struggles of birth. From Meghan Markle writing about her miscarriage in The New York Times to Serena Williams speaking out about her life-threatening experience giving birth, these are stories that deserve to be told, and to be told from diverse perspectives.

But I’ve noticed that I haven’t seen quite the same trend on the other side: While it is important to speak frankly on the topic of trying to have children, it remains a somewhat more taboo subject to try not to. It is still quite rare to see experiences with birth control, or stories of abortion represented on the page or on screen.

But why? Forget, for a moment, the debate about these issues from legislative stance, or from a moral one: The fact is that these experiences are real. In fact, they are common. (Some 65% of women are currently using contraception; again, one in four women will have an abortion by age 45.) It’s not a question of whether these experiences are shared by many women; we can see that they are. Instead, it’s a question of which stories we deem appropriate or interesting to tell.

I confronted this question myself when I started writing my novel, Friends From Home. In it, the protagonist, Jules, gets pregnant in her twenties and decides to have an abortion — a decision that causes a painful fracture in her relationship with her childhood best friend, Michelle, who feels very differently about pregnancy and choice. This story felt real to me, and timely, authentically reflective of experiences and tensions I had seen play out in my own life and the lives of those close to me.

But for everything I have just said about the importance of writing on these topics, about the essentiality of women’s self-determination… I almost couldn’t do it.

It’ll be too controversial, I told myself. Or, it’s private. Not something that people like to read, or watch, or talk about. I wondered if I should cut the abortion plotline all together, and let the story be about the tension in Jules’ and Michelle’s relationship over other things, more commonly accepted friendship difficulties. (Like, say, fighting over the attentions of a guy; our society is quite fond of telling that story about women.)

But before I could decide whether or not to alter the manuscript, I remembered something else, something that happened around the same time as my first Planned Parenthood appointment. My high school friends and I had gone to see the movie Juno, in which the character Juno gets pregnant unexpectedly and chooses to give the baby up for adoption. We loved it; the writing was sarcastic, sharp, and funny, and we had been completely drawn into the story. But after, I did wonder, aloud, what the film might have been like if Juno had gone through with the decision to have an abortion, something she considers early on. Several of us agreed that we would have been interested in seeing that version of the movie.

“Well, but she kind of had to have the baby,” one of my friends finally reasoned. “Because otherwise there wouldn’t be a story, right? She has an abortion, and everybody goes home.”

But that other story is a story, I think. I believed then, and I still believe now, that not wanting to give birth — whether not right now, or not ever — is an equally worthy subject to wanting to be able to, or struggling to be able to. Both deserve representation and discussion. Both deserve acknowledgement in our conversations and in our art, because this is the thing that shows us that we don’t have to be afraid, or alone — even when there is not a compassionate doctor around to remind us. I decided that I wanted to tell one of those stories, and I left it in the book.

But I could only tell one version of the story. Now, I want to hear every version, from myriad perspectives, ultimately weaving a richer tapestry of what it means to exist as a woman in this world.

I hope we are on the cusp of seeing many more of them.

Lauryn Chamberlain was born and raised in Michigan. She studied journalism and French at Northwestern University and then moved to New York City, where she worked for several years as a journalist, freelance writer, and content strategist (sometimes simultaneously). She currently lives in Toronto. Friends From Home is her debut novel. 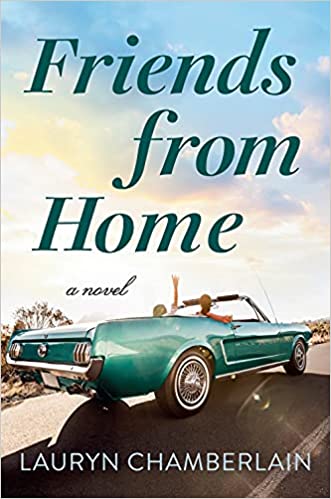 Friends from Home by Lauryn Chamberlain, out now!

Jules O’Brien and Michelle Davis have been best friends since third grade, when Jules and her single mother moved from Cleveland to the small Alabama town where Michelle’s family has lived for generations.

Now in their midtwenties, the childhood friends live miles and worlds apart. When Jules agrees to be the maid of honor in Michelle’s wedding, she quickly realizes just how different the two have become. Over the years, their passions and politics have diverged, and in the middle of wedding-planning squabbles, they feel more like strangers than the sisters they once were. When their friendship reaches a breaking point, Jules will have to decide if the bond they once had as girls is strong enough to reunite the women they are now. Is shared history enough to carry their friendship through a lifetime?

Disarming and wildly relatable, this novel is perfect for anyone who knows the complex love we have for our friends from home. It will have you calling the Michelle to your Jules immediately to discuss.

Where Romance and Pop Culture Live Happily Ever After.
All Posts
PrevPreviousMy Favorite May-December Romances
NextYA Books for Royalty-LoversNext