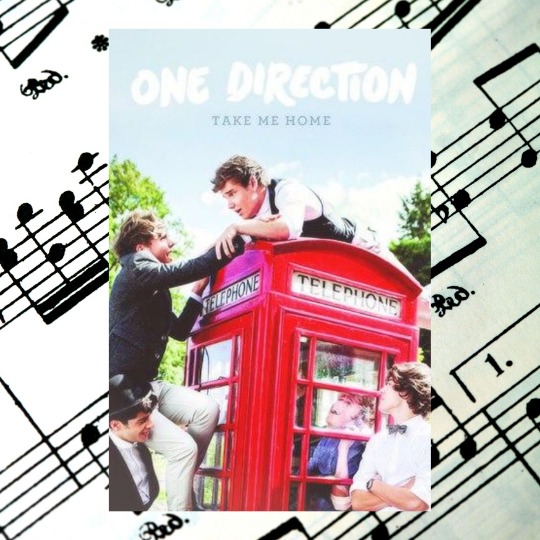 [Note from Frolic: We’re so excited to have author Amy Noelle Parks guest posting on the site today. She’s sharing how One Direction helped inspire her to write romance. Take it away, Amy!]

At the end of 2016, I was in a state—sad, fearful, and unable to concentrate. To soothe myself, I turned to books, my usual source of comfort, but I was too far gone to lose myself in other people’s stories. Desperate for escape, I started to write a book of my own.

What came out was anything but a comfort read. It was a fierce contemporary fantasy about a math prodigy taking on the patriarchy. There was fighting and torture and angst.

And it was bad. Like really bad. The magic system made no sense. The villains were cartoonish. And the whole thing was so preachy someone should have ordained it and given it spot on Sunday morning television.

But…even though the book didn’t work, I loved my girl genius protagonist, and I adored her funny, devoted best friend, and the STEM boarding school they attended was something I wanted to will into existence.

I spent a lot of time dwelling on how to fix that story without much luck. Then, one day I was riding my bike to work listening to One Direction—because of course I was—and Last First Kiss came on.

Oh, we’ve been friends now for a while
Wanna know, that when you smile
Is it me? Yeah
Are you thinking of me? Yeah

It hit me all at once. I could turn my story into a romance—something frothy and joyful and full of longing. Only, I had the wrong love interest. My heroine, Evie, wasn’t supposed to fall for the moody but attractive new boy (yawn). In fact, she couldn’t fall for him, because she was already in love with Caleb, her perpetually cheerful best friend. Only she didn’t know it yet. (My first clue should have been that every bit of side writing I did for that first draft was just another scene where circumstances conspired to make Evie and Caleb kiss.)

And Caleb wasn’t supposed to be thinking of Evie only as his friend. He needed to be pining for her.

Not only did this replicate one of my favorite relationship dynamics in all of fiction—Anne Shirley and Gilbert Blythe– but it also solved a major problem with the first version of the manuscript.

I love my mathy, anxious heroine, but Evie is not cuddly. (As she notes in the book, her preferred state for most people is silent.) On top of this, Evie’s not the greatest at reading other people’s emotions, which made it pretty challenging to tell a novel-length story entirely from her perspective.

Once I brought in Caleb as a co-narrator, telling the story got a lot easier. Caleb is a ball of sunshine, so much so that Evie’s boyfriend compares to a golden retriever. “Impossible not to like?” Caleb asks. “Asking for a smack with a newspaper,” the boyfriend responds. Caleb’s chapters gave the book that madcap energy I love in romantic comedy, which I was never going to get from Evie—as wry and delightful as she is.

Plus, Caleb could paint the emotional landscape of my fictional world in a way Evie would never be able to do, and I could get dramatic irony out of Evie’s inability to read facial expressions. She could vaguely note an odd look on Caleb’s face as he watched her play with her boyfriend’s hair, while readers—who had so recently been in Caleb’s head—would know exactly what he was thinking.

While Last First Kiss shaped the plot of the book, another 1D song inspired my favorite scene, which happens at about the three-quarter mark, when Evie looks over at her best friend and her whole world shifts. I listened to Happily every day while writing the end of the book. For me, it captured both Caleb’s longing and his growing suspicion that Evie had romantic feelings for him too.

I fell in love for the first time at thirteen and ultimately married the boy I met at eighteen so it’s not really a surprise that I write young adult romances. But today, multiple decades separate me from the girl who got nervous when a boy’s hand brushed against hers or who tried to read every possible sign to figure out if he liked her. But somehow the songs of this British boyband take me right back to that place—much more than any of the music I actually listened to when I was a teen.

For my next young adult romance, I’ve already got Girl, Almighty on repeat, and I’ve spent a ridiculous amount of time thinking about how to get a girl to float through a room on a big balloon. The song is gorgeous, romantic, nonsense.

I hope I can do half as well.

Amy Noelle Parks is an associate professor at Michigan State University. When she’s not using One Direction lyrics as a writing prompt, she’s helping future teachers recover from the trauma of years of school mathematics. She lives in Michigan with her husband and two daughters. 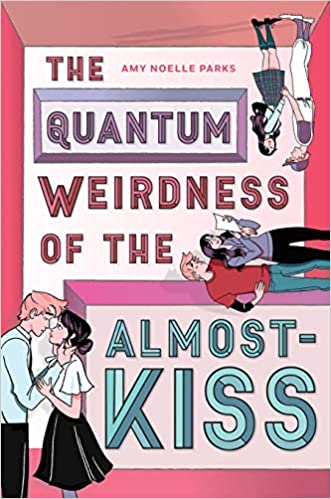 The Quantum Weirdness of the Almost-Kiss by Amy Noelle Parks, out now!

A debut YA rom-com about smart girls, love-struck boys, and quantum theory. Seventeen-year-old Evie Beckham has always been too occupied with her love of math and frequent battles with anxiety to want to date. Besides, she’s always found the idea of kissing to be kind of weird. But by senior year, thanks to therapy and her friends, she’s feeling braver than before. Maybe even brave enough to enter the national math and physics competition or flirt back with the new boy. Meanwhile, Evie’s best friend, Caleb Covic, has always been a little in love with her. So he’s horrified when he is forced to witness Evie’s meet-cute with the new guy. Desperate, Caleb uses an online forum to capture Evie’s interest—and it goes a little too well. Now Evie wonders how she went from avoiding romance to having to choose between two—or is it three?—boys.

Where Romance and Pop Culture Live Happily Ever After.
All Posts
PrevPrevious4 Phantom of the Opera-Inspired Romance Novels That You Should Read
NextFrolic-Exclusive Excerpt: Seducing His Secret Wife by Robin CovingtonNext