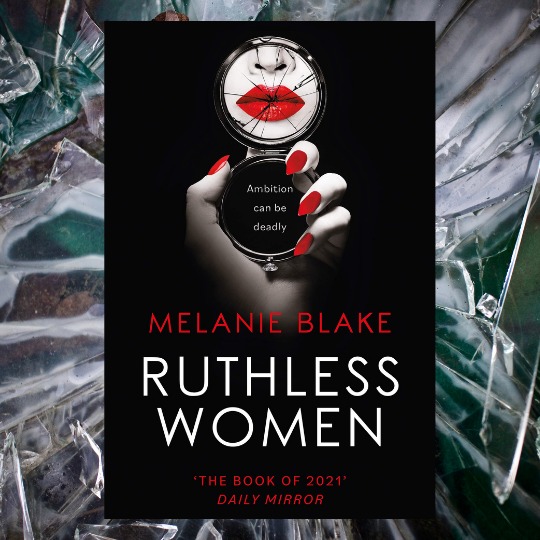 We are so excited to bring you this excerpt from Ruthless Women by Melanie Blake! 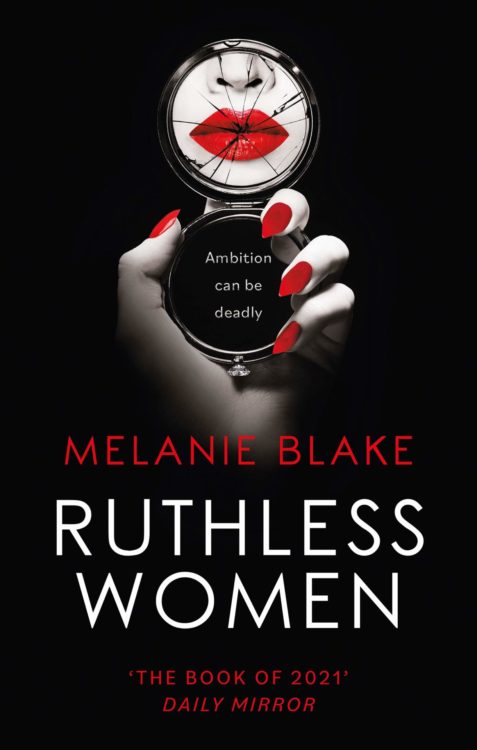 AMBITION CAN BE DEADLY

On a beautiful private island off the coast of the UK, the cast and crew of glamorous TV show Falcon Bay are at breaking point.

Ratings are falling, and their new boss is inventing ever more dramatic – and impossible – storylines to get Falcon Bay back into the number 1 slot.

Director Farrah, lead actress Catherine and producer Amanda are the passionate, ambitious women holding the show together. With so much at stake, they will stop at nothing to stay in the jobs they love and on the island they call home.

Can these women team up to bring down their rivals? Or will scandal, betrayal and ambition tear them apart?

The door swung open and all eyes were on Jake Monroe as he strode into the room, ignored the packed table and silently walked towards the storyboard, which was on the wall just by the entrance. He stood frozen, staring at the scant words written there. With his muscular legs clad in tight jeans and his broad shoulders encased in a black leather jacket, he looked much younger than his sixty years. Jake’s presence had always been formidable, but having recently been promoted to controller of drama by the network’s new owners, whom nobody else in the room had yet met, he’d acquired an air of even greater untouchability and arrogance. He was at the very top of the food chain and he made sure everyone knew it.

After what felt like hours but was actually less than two minutes, he half turned towards the others. ‘Is this it?’ he asked, pointing at the board and meeting every person’s eyes one by one, sending shivers down their backs as his gravelly voice echoed around the pin-droppingly quiet space.

The last face his gaze rested on was a mousey woman – hair in a bun, thick glasses and a figure that unkind people would say was dumpy. Her chair was directly under the air conditioner and she was feeling the chill. Or maybe it was the ice emanating from her boss. Whatever the reason, she pulled a beige wrap around her shoulders. The sight of its tassels jiggling infuriated Jake.

‘What’s the matter with you?’ he growled.

The woman’s face went pale as she shuffled in her seat, causing the tassels to jiggle even faster. ‘I… I was cold… so I—’

Before she could finish stuttering her reply, he closed in on her and was now right next to her chair.

‘Damn right you are,’ he snarled, then looked over at the rest of the table. ‘And you’re not the only one.’

Earlier that day, Jake had sent a ‘Drop everything – emergency meeting’ summons to all writers, producers and casting execs, ordering them to gather in Room 6, and signing it off with the word ‘pronto’. Three hours later, here he was, surveying what were supposedly the country’s finest creative minds. But all Jake could see were blank stares and a shivering mouse in cashmere. He glanced out at the angry sea. Waves were thrashing the shoreline boulders. A flash storm was approaching, both outside in the real world and right here in the world of make-believe. Someone was going to drown.

Bestselling author Melanie Blake‘s own real life Rags to Riches story reads like the plot of an outrageous drama… At fifteen years old Melanie Blake was told by her high school career advisors that her decision to do work experience at a local record shop was an “embarrassment to the school and a clear example that she wouldn’t go far in life or her career.” They were wrong. By twenty-one she was working at the BBC’s iconic Top of the Pops show and by twenty-seven she had built a reputation as one of the UK’s leading music and entertainment managers, with her own agency and roster of award-winning artists who had sold more than 100 million records. During this time she also built up an acting agency from scratch which quickly became the most successful independent boutique agency in the UK where she manages clients from some of the biggest internationally syndicated shows in the world. Her roster have won Baftas, Emmys and pretty much every best actress award going and Melanie is one of the most successful female agents in the world. In the UK alone, over 25 million people a week currently tune in to watch the very stars Melanie represents in their globally syndicated shows. In 2018 after two decades at the top of her game, Melanie decided to manage a smaller client list and concentrate on her other passion, writing – first as a columnist for a national newspaper, then as a playwright and now as a best-selling novelist. Her first book The Thunder Girls became a Number 1 Bestseller in the summer of 2019 and the play she adapted from the novel broke box office records for a new work at the prestigious Lowry Theatre. She still represents a high profile stable of some of the best known faces on British television but is also now enjoying success in her own right as a producer, author and playwright.