Phantom of the Opera: A Problematic Phave 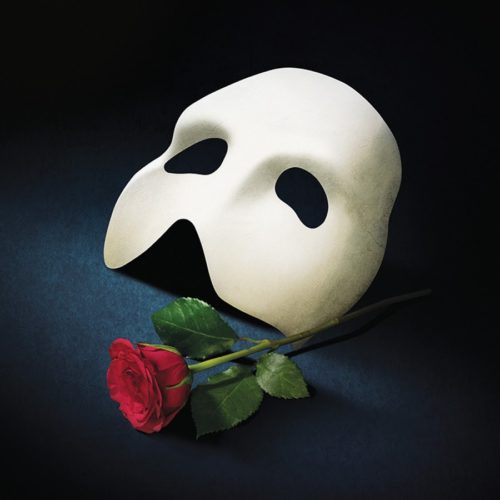 This scenario has happened more than once in my life. I’m in a group of friends, talking about musicals or theater in general and share my truth.

“I spent many, many hours of my younger years reading Phantom of the Opera fanfic on fanfiction.net,” I’ll tell them.

“Oh,” my friends will respond, “That makes…a lot of sense for you, actually.”

When I was in seventh grade, I was lucky to have orchestra level seats to a performance of the touring company for The Phantom of the Opera. At the time, I was the nerdiest kind of theater kid, with ambitions of moving to New York City, living in a teeny studio apartment and someday getting my big break on a fancy Broadway stage!

It’s really no wonder that the story of a super-secret misunderstood genius who discovers a chorus girl’s talent and beauty spoke to my young, impressionable self! My pubescent mind was encompassed by fantasies of taking Gondola rides on the lake under the Paris Opera House (which really exitsts!) and taking private voice lessons from a sexy masked tutor.

As I’ve aged, my love of this swoony, melodramatic production has never truly faded. That said, there are absolutely aspects of The Phantom of the Opera that don’t age well or strike me as a bit strange. So I thought in the spirit of being a “Phantom Phan,” I could re-examine the Broadway classic as a “Problematic Phave” 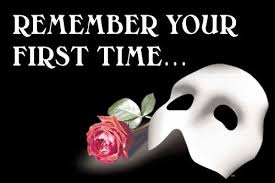 When I first saw the show, and for many years thereafter, I was 110 percent Team Phantom. I couldn’t stop thinking about how much the Phantom (whose name, canonically, is Erik) was just so purely in love with Christine, and how boring-ass Raoul didn’t deserve her.

The problem here is that, after growing into an actual adult woman, I now see that a lot of The Phantom’s behaviors leave a bad taste in mouth. They remind me of the kind of guy who thinks he’s entitled to love from the object of his affections; the kind of guy who bemoans a woman’s taste in men while thinking if she just came to her senses she would choose him.

Y’all, have you heard The Music of the Night?? When the right person sings it, it’s super swoony and gorgeous!

In all seriousness, I approach The Phantom’s gross attitudes of ownership Christine in a similar way that I approach many fairy tales or problematic stories from the past. The content of the story and its characters may  not be something to live up to. Please DO NOT look to The Phantom of the Opera for love advice.

“You have to admit—all Andrew Lloyd Webber musicals are pretty bad.”

The above was said in the context of discussing the new Cats movie by a friend of mine who’s great at a hot take. And though there’s a part of me that wanted to be like, “Noooo! Don’t make fun of my sweet Phantom!” I have to admit this argument holds water at least a little bit.

Don’t get me wrong, I think Phantom is GREAT. But…is it…good?

It’s melodramatic, for sure. And often intense. The feelings are gigantic.

The jury may still be out on that question for a while. Sure, it’s not overtly problematic, but I’ve had to reckon with the question of whether one of my all-time-faves is actually of high quality.

Y’all HAVE YOU HEARD THE MUSIC OF THE NIGHT?

Just kidding—the show is much greater than its most well-known song.

Sure, some of the songs in Phantom may be boring or weird or super over-the-top. But that doesn’t stop me from freaking the heck out whenever I hear the opening thrum of “Masquerade” or the delicate piano of “Think of Me.”

I’m not proud to say that the number of murders that go down in this show didn’t bother me so much when I was planning my imaginary dream wedding to a singing masked man.

In case I need to spell it out: murder of any kind absolutely goes in the “problematic” column for me.

The Music of the Night doesn’t fix this one, folks. The only thing that justifies the murders is that they certainly make the plot more interesting and up the danger factor by a LOT! And that’s all I can really say to justify murder by lasso.

Examining the problematic parts of The Phantom of the Opera may make it seem like I’ve let my fandom die, or like I’m dismissing a piece of culture just for the heck of it. But the truth is, I will always love this show. The “romance” may be too reminiscent of ill-intentioned dudes. It may be too melodramatic. There may be too many murders.

But there will always, ALWAYS be The Music of the Night. And for that, my musical theater nerd heart is grateful.

1 thought on “Phantom of the Opera: A Problematic Phave”

Erin Phelps is a lover of swoony romance novels, superb television and movies, and splendid comedic podcasts! In addition to writing for Frolic, Erin works at a fun customer service-oriented job at a salon. Sometimes, she can even be found teaching Women’s and Gender Studies at her local college! Her love language is well-constructed pop culture references and her favorite treat is a caramel latte.
All Posts
PrevPreviousCreative Dating Ideas (& Mishaps) From a Romance Author
NextJ. Kenner Writes…about Hot Guys, Romance Covers, and Good TimesNext