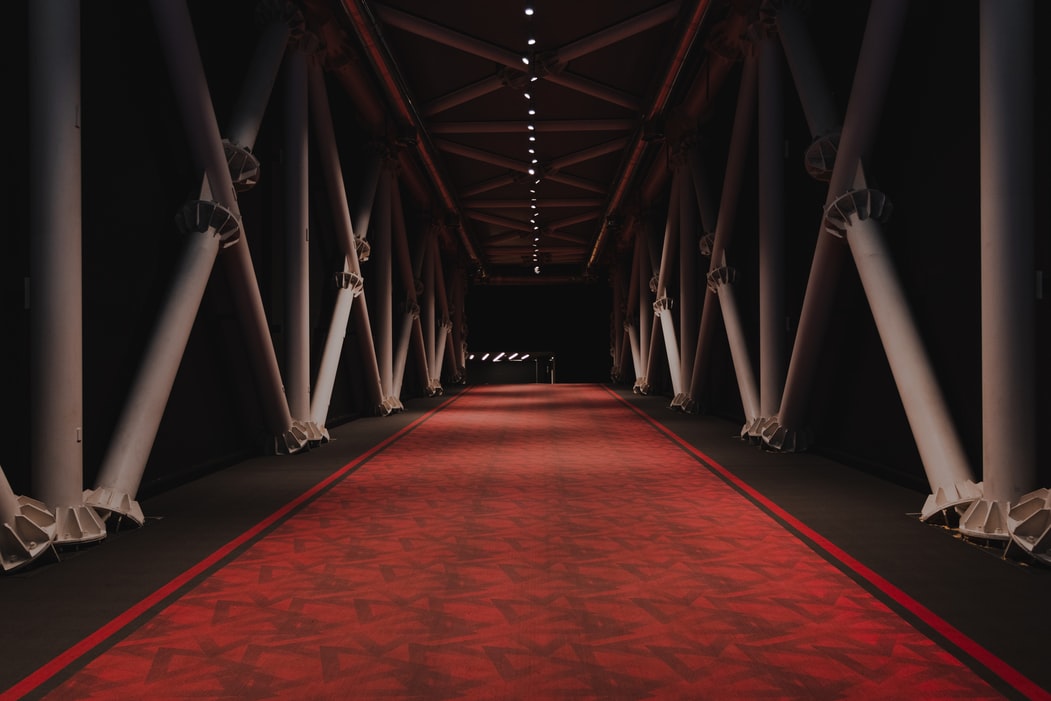 [Note from Frolic: We’re so excited to have author Elle Greco on the site today. She’s sharing some amazing insight into what a red carpet is actually like. Take it away, Elle!]

My client’s assistant Johnny was pointing at a tiny spec moving about the television screen. It was 2001 and E! Entertainment Television was the media titan of the red carpet. He had taped their marathon arrivals special and, at one big pan out that showed the entire scope of the Emmy’s red carpet, you could see me, my hair just a few shades off from the red of the rug beneath me.

“And wait until you see when he talks to Joan!”

He fast forwarded the VHS tape to my client’s interview with Joan Rivers, undisputed Queen of Red Carpet interviews. My screaming red hair — done in a panic the night before — stood out in sharp relief behind Joan and my client, while I negotiated us down the biggest red carpet of either of our careers.

There are two things that a celebrity red carpet triggers in me:

We’ll unpack the first one in a moment.

At the 1995 MTV Video Music Awards, Hole lead singer Courtney Love chucked a powder compact at Madonna, who was doing a post-show red carpet interview with Kurt Loder. They were seated above the carpet in a dias made of scaffolding. After beaning Madonna with the makeup, our anti-heroine Courtney climbs the scaffolding (in a skirt!) and hijacks Madge’s interview.

It’s the first red carpet I remember watching. And I was so delighted by that bit of must see TV, that I became a devotee of E!’s red carpet specials.

(Thanks to YouTube, you can watch Madge v. Courtney on repeat. “Courtney Love is in dire need of attention now,” says Madonna, who was in the midst of her British years.)

Little did I realize that just a few short years later, I’d be stepping out on the red carpet as a publicist to one of Hollywood’s most respected actors. That’s when my delight in the red carpet morphed into that feeling you get in the middle of watching a horror movie. You know you shouldn’t go into the dark basement with only a flashlight for company, but you have no choice. So down you go, to your peril.

For my day job in PR, I’ve walked the red carpet for just about every major awards show. I’ve escorted clients at countless film premieres and for Broadway openings. I’ve walked them on smaller “step and repeats” for a DVD launch or a restaurant opening. And each and every one of them is panic inducing.

The pap-pack kicks it off. That’s a large grouping of photographers all screaming at the celebrity to “look this way.” Often, the pap-pack takes three steps to make sure all the snappers get their shot. If the client has a date that’s not, also, a celebrity, you have to scream-spell names over the noise of the gaggle and hope they get it right.

It was the reign of Sex and the City when this particular client was up for the Emmy. Those ladies were the money shot for the throngs line the press gauntlet. It was the interview they waited all day to get.

The red carpet is akin to a popularity contest, and to some journalists, if a client didn’t make their “A List,” I’d get a cool “I’ve got all I need” response. Worse were the ones ignoring you all together, aiming their eyes down the line, looking for the better prospect.

If we arrived behind the Sex and the City women, it was game over. So, much to my client’s consternation, I always booked an early car so we’d be ahead of them.

Of course, this was frustrating. These actors, or writers, or designers were given a nomination by their peers for excellence in their particular field. That the media would refuse to speak to a nominee but fell over themselves to talk to the latest reality TV star who turned up for no real reason but press coverage felt insidious.

But such is the transactional nature of the celebrity media machine.

The pressure I felt prior to these events manifested in pressure over my physical appearance, the only thing I could control in an out-of-control moment. For this particular Emmys, I didn’t have time to get to my hairstylist before jetting off to Los Angeles. In a bathroom mirror at LAX, my overgrown roots screamed at me.

So when we stopped by Ralph’s, a grocery store chain, to pick up food for dinner, I made an impetuous decision and I grabbed a box of hair dye. In a few hours, I went from a blond with bad roots to hair that was a monochromatic match for the red carpet.

My client won the Emmy that night. But it wasn’t soon after that I dropped out of the celebrity world. Not because of the bad dye job. I had a baby, and I wanted to travel less.

But I channeled my experience into some red carpet shenanigans in Fade Into You, the fourth book in my LA Rock Star Romance series. While our heroine’s hair isn’t a badly botched box job, the chaos of the carpet, including my take on the Madge v. Courtney debacle, kicks off a wild ride straight into the belly of the celebrity beast.

Elle Greco writes steamy contemporary romance. Her day job in entertainment public relations informed her Amazon best-selling LA Rock Star Romance series. She still works a day job as a freelance publicist and writes for various regional publications in the North East. She avoids red carpets as much as possible. 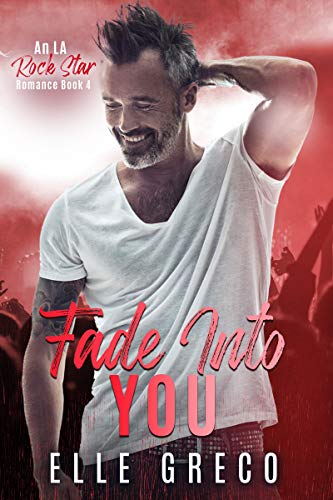 Fade Into You by Elle Greco, out now!

It’s all fun and games until someone falls in love.

Six years after the cops found Ear Assassins’ lead singer dead of a drug overdose, his widow Lydon Johnson has only just begun to pick up the pieces. Now she finds she’s fast running out of money to support herself and her son. A reality TV show is an unappealing means to an end, but in the interest of keeping a roof over their heads, she signs on. But the producers soon find out, Lydon’s kind of boring for a rock and roll widow.

Vince Davis, lead singer of Anthem, is a rock and roll legend two decades in the making. But when the head of his longtime record label is exposed as the cause of his son’s drug overdose, his attempt to split his band from the label comes with a personal cost that he’s not sure he’s ready to make.

Enter Lydon. Vince has an idea to spice up Lydon’s flailing reality show: pretend to be lovers. Thrust back into a glowing spotlight, can Vince’s amped star power get Anthem out of their contract on his own terms?

The reality TV producers think it’s a match made in rock and roll heaven. What could possibly go wrong?

When you hate the person you are supposed to fall in love with, LOADS.

Where Romance and Pop Culture Live Happily Ever After.
All Posts
PrevPreviousBook of the Week: Hana Khan Carries On by Uzma Jalaluddin
NextStandalones to Dive into On a Spring DayNext