Re-Reading Virginia Woolf and Finding A Room Of My Own 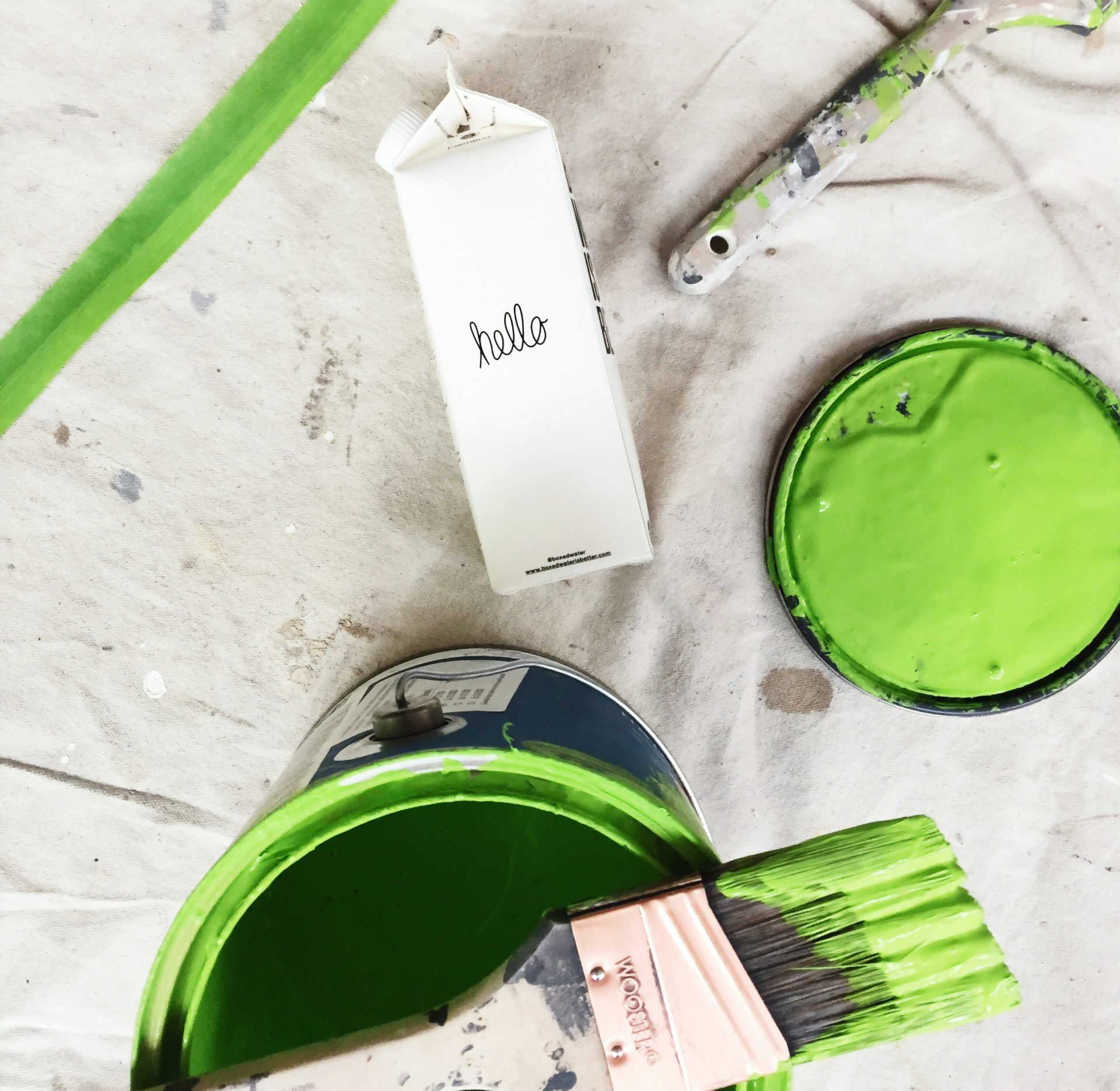 A decade after reading it for the first time in high school, I revisited A Room of One’s Own by Virginia Woolf. The slim volume, which is comprised of essays and writings used to speak to a mostly male academic audience, reached right out of history and gripped me by my metaphorical lapels. 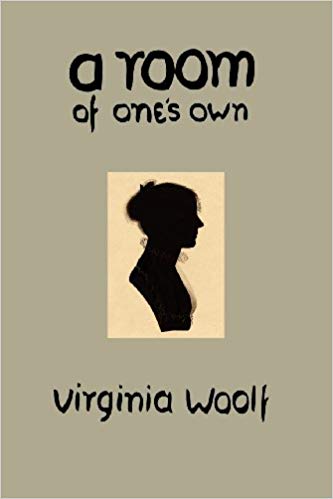 In true spirit of the text, I picture myself engaging with Woolf while wearing a cute yet anachronistic tweed jacket with elbow patches. It’s an imagined piece of armor that helps me believe I could belong in the academic and creative environment in which Woolf wrote, even though this couldn’t be further from the truth. I likely wouldn’t be writing a thing without the talent and backbone of women like Virginia Woolf who advocated for women’s space in the world.

Virginia Woolf argues, as the title implies, that a woman must be able to have a room of one’s own in order to fully participate in creative endeavors such as writing. Really, this main point also centers on granting women economic, social and political rights that allow them to thrive and create with the same resources that the men who crafted “The Western Canon” had.

In what is perhaps the most famous passage from the book, Woolf takes time to imagine what would have happened if Shakespeare had a sister who had an equal intellect and capacity for talent. The truth she arrives at? Shakespeare’s gifted sister, whom Woolf names Judith, never would have written as famously as her brother because the culture in which she was raised was not made to support women’s growth, autonomy and education. Even if she created amazing things, she still likely would have died in obscurity. This is precisely why it’s so important for women to have the finances, support and cultural currency represented by the idea of having a room of one’s own.

I should take a moment to get something off my chest now: as the writer of many a #merchmonday post for Frolic, there was a teensy creative spark within me that wanted to write an article along the lines of, “ From cute desks to unique artwork: Here are five affordable pieces to help you decorate your #roomofonesown”

But I could practically feel the ghost of Virginia Woolf breathing down my neck, ready to haunt me for using her brilliant words to play into a fun online shopping spree. That said, the idea of a literal room of one’s own stuck with me.

Soon after my re-read of Woolf’s work I transformed my guest bedroom into my room of one’s own. I’ve always worked best on beds and couches, multitasking as movies and music play in the background.  Sure, it’s a method that would drive most writers mad, but when a process has worked since eleventh grade English paper projects you don’t change it.

I picked paint colors, added a record player, and received a new quilt that fit my style as a gift from my husband, and soon the space became distinctly mine. I am here to say that a literal room of one’s own can make all the difference in the creative process. Taking up extra space in my own home led to an empowered desire to take up more space on the page.

Beyond the literal room of one’s own and the musings on Judith, there were other segments of A Room of One’s Own that struck me as a perfect look at Frolic readers, our interests and the general impact that women who read and write have on culture.

In chapter four, Woolf tracks a history of women who truly paved the way by writing in the public sphere and earning money for their work, which would otherwise be deemed frivolous. It’s true that many novels of the 17th, 18th and 19th centuries may not have been of any astounding quality, but they laid the groundwork for women to look at predecessors and say, “I, too, could earn money based on the value of my ideas.”

As an example, Woolf says of a 17th-century poet and playwright, “All women together ought to let flowers fall upon the tomb of Aphra Behn…for it was she who earned them the right to speak their minds. It is she—shady and amorous as she was—who makes it not quite fantastic for me to say to you tonight: Earn five hundred a year by your wits.”

Come on, doesn’t that passage give you chills?! It’s inspiring to read Woolf’s work as a predecessor to our current feminist era as she reflects back on the women who made her life’s work more attainable.

By the time I got through chapter five, I was writing enthusiastic and sophisticated notes in my margins along the lines of, “YAS!” “#Preach” “Proving Your Own Point About Poetry!!” and “VW, you are SO COOL!”

In chapter five, while reading through what the general culture would likely deem a frivolous novel written by a woman, Woolf stops and marvels at a single sentence, “Chloe liked Olivia.”

This simple sentence begins a several-page musing on the depth of its impact on Woolf as a reader. Not only does that sentence convey a potentially romantic love that Chloe could have for Olivia, but it centers Chloe’s feelings as her own without any man in the story. After going on to think about how different the most profound stories of history would be if they included more “Chloe liked Olivia”-type sentences, Woolf drops some super impressive insight.

“It was strange to think,” Woolf writes, “that all the great women of fiction were, until Jane Austen’s day, not only seen by the other sex, but seen only in relation to the other sex. And how small a part of a woman’s life is that; and how little can a man know even of that when he observes it through the black or rosy spectacles which sex puts upon his nose.”

Furthermore, she says, “Suppose, for instance, that men were only represented in literature as the lovers of women, and were never the friends of men, soldiers, thinkers, dreamers; how few parts in the plays of Shakespeare could be allotted to them; how literature would suffer!”

In short: Virginia Woolf was thinking through the ideas we would come to know as “The Bechdel Test” before they became major parts of pop culture feminist discourse. There’s so much more compelling analysis of the critical value of the book Woolf was reading, but these passages truly stuck with me.

I don’t pretend to be a Woolf scholar with the critical faculties to know what she would think about contemporary books, movies and other pieces of popular culture. But this passage about “Chloe liked Olivia” stirred familiar feelings in me about what it was like to first discover good romance reads.

In general, romance is a genre that is mostly by women and for women, but it also has the potential to shine a spotlight on the love stories of different racial groups and sexual orientations. Though many romances are about a woman’s relationship to a man, there are also numerous emerging plots in the most acclaimed novels of the last few years that deal with what it means for a heroine to be a trailblazer, a friend, a flawed human and so much more.

As the romance corner of publishing keeps grappling with what it means to center diverse voices, I will think back to this idea of what it meant for Chloe to like Olivia. Woolf demonstrates exactly why it’s so important to put different lenses on the characters in our literature and greater culture. As a result, we see so many more compelling examples of complex human beings in art. Furthermore, it means there will no longer be any singular “right” way to write or create, because the diversity of voices will allow for more growth across literature.

So now I sit here, in my room of one’s own, burning a thematically appropriate “Oxford Library” candle made by Frostbeard studios. And I am writing this essay because just like Aphra Behn’s work paved the way for Woolf, Virginia Woolf paved the way for me by whispering that I could metaphorically (or literally!) make 500 a year on my wits.

Let us all do what we can to make rooms of our own. You may not have the literal space in your home, but take it up wherever you need to: a regular table at a coffee shop, a corner desk in your studio apartment. Whatever you have to do, I urge you to remember that we follow in the footsteps of women who have paved the way so we may earn our way in this world through our wits. And if you have the means, be sure to support those around you in finding their room of their own in whatever way you can, even if it is as simple as retweeting a marginalized author whose work holds meaning.

Whether your gift is words or painting or music, consider using it so that the unrecorded truths of experiences like “Chloe liked Olivia” may be made real and visible in our world. And finally if you’re looking for inspiration beyond my call, I suggest A Room of One’s Own as your next beach read!

Erin Phelps is a lover of swoony romance novels, superb television and movies, and splendid comedic podcasts! In addition to writing for Frolic, Erin works at a fun customer service-oriented job at a salon. Sometimes, she can even be found teaching Women’s and Gender Studies at her local college! Her love language is well-constructed pop culture references and her favorite treat is a caramel latte.
All Posts
PrevPreviousDiverse Book Corner: Latinx May Picks!
NextTrope Rec Tuesday: 3 Romance Novels for Mother’s DayNext