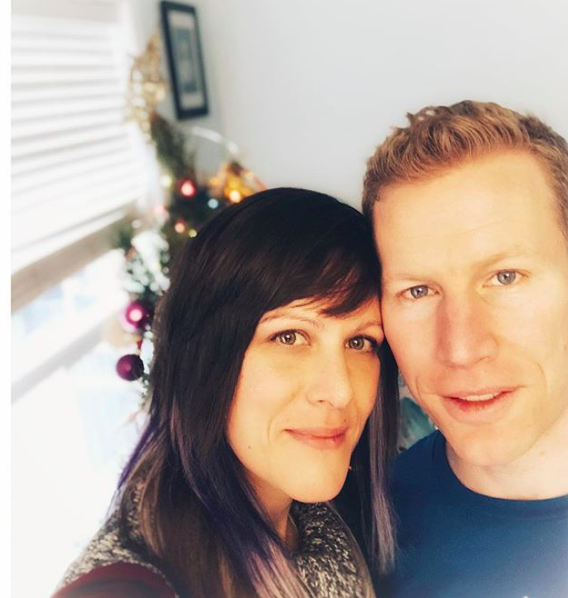 [Note from Frolic: In honor of Valentine’s Day we have 4 of your favorite author’s writing about their very own meet cutes! Last up we have Helena Hunting! While this isn’t EXACTLY a meet cute, it is so darn cute.]

Wedding days are magical. At least they’re supposed to be, right? It’s an opportunity to dress up in a beautiful gown, usually something straight out of a fairytale and become a real-life princess for one blissful, wonderful day.

And that’s exactly how my wedding day started out. Blissful.

Okay. That’s not 100% true. I barely slept the night before because I was nervous. But that’s fine. Dark circles? No problem. That’s what concealer is for. But by the time me and my gaggle of bridesmaids are beautified, I’m hardly nervous at all anymore.

I’m floating so high up on cloud nine that I fail to notice the side conversations taking place while my mom helps me into my dress. I am a princess! Yay wedding day!

We take seven million pictures and everyone is smiling and laughing. I even manage to eat and drink a bit because everyone knows that people forget to eat on their wedding day and that’s when terrible things happen, like the bride passing out while walking down the aisle.

This didn’t happen to me, in case you were wondering.

Let me pause here to give you a little background information. I got married in the middle of August and we were very lucky that it was warm, but not a roasting a pig on a spit kind of day. But the church was not air-conditioned. Also, my father is a wonderfully social man and while he and I are a lot alike personality wise, I am not a fan of crowds, or being the center of attention with a lot of people looking at me. So my idea of a reasonable guest list and his idea of a reasonable guest list wasn’t quite the same. Two hundred people attended my wedding. About 150 of those were my dad’s close friends. I may or may not be exaggerating (I’m not exaggerating at all).

Back to the wedding. There are two hundred people jammed into this cute little church and my maid of honour tells me she needs to talk to me. In five minutes I’m going to walk down the aisle and she looks like whatever she has to say isn’t good.

My friend gently tells me that my groom is ill. I’m told that I’m to follow his lead. Such as, if he needs to sit down I’m to sit down too during the vows. I say okay, because what else am I supposed to do? A million things go through my head, but then I’m lined up and waiting for my cue. When I walk down the aisle I note first how handsome my groom is and second, his very green pallor.

I’m pretty sure my ceremony goes down as the fastest in the history of weddings at only seventeen minutes from the moment I walked down the aisle to my groom being told he could kiss the bride. Thankfully he didn’t vomit on my dress.

Once we’re out of the church and in the car carrying the wedding party—while my husband makes a pit stop to a bathroom, I proceed to grill the groomsmen on what the hell happened and why is MY HUSBAND THROWING UP—I am told that they didn’t take him drinking. In fact, my father pulled them aside and told them they better not get him drunk or he would get his shotgun out (not an exaggeration).

Based on reports I will never actually be able to verify but I believe with 1000% of my soul because:

A) I know my husband’s personality

B) fathers with guns are scary

C) his friends are not stupid aholes

The groomsmen and my husband left the rehearsal dinner, and went back to the hotel. They watched sports in the bar, had a couple of beers, then headed back up to their rooms at midnight.

My husband being the candyaholic he is, stopped at the bank of candy machines. No. Not vending machines. The ones where you jam in a quarter and get three candies at a time? The germ infested gross ones that small children stick their whole arm up right after they’ve been picking their nose and eating it? Yeah. Those ones.

He decided peanut M&M’s that had been sitting in the sun for several months were a good plan. He tossed back a handful of those delicious candies and . . . the Exorcism style vomiting began a few hours later.

They considered taking him to the hospital, but if they had there’s a solid chance they wouldn’t have let him leave.

Which is how my groom ended up with food poisoning on our wedding day.

My dad told the groomsmen to clean him up, get him dressed and get him to the church. And that’s exactly what they did. I’m pretty sure he remembers almost nothing about the day.

I have a lovely picture of him lying in the grass during our wedding photos right after he hurled in the flowers—we went to the botanical gardens in Niagara Falls, which is quite pretty, even when your groom is decorating the flowers with the contents of his stomach, which was mostly Gatorade at this point.

Sooo . . . our wedding day was definitely memorable, however not necessarily for the reasons most of us would like. I suppose the moral of this story is not to eat rancid peanuts the night before you walk down the aisle.

This year we’ll celebrate our 15th wedding anniversary. I figure if we can weather food poisoning on day one, we can pretty much make it through anything.

NYT and USA Today Bestselling author, Helena Hunting lives outside of Toronto with her amazing family and her two awesome cats, who think the best place to sleep is her keyboard. Helena writes everything from contemporary romance with all the feels to romantic comedies that will have you laughing until you cry. Her next book, MEET CUTE, is out April 2019 with Forever/Grand Central Publishing. 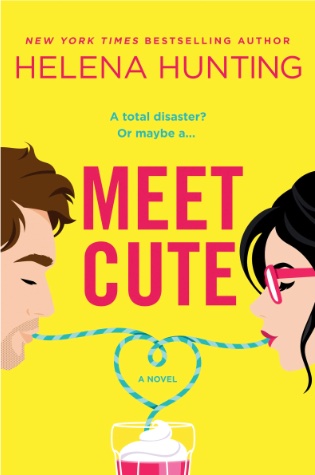 Kailyn Flowers was always calm, rational, and controlled-until she ended up sprawled all over Daxton Hughes, the former actor she totally crushed on as a teenager. Then she did the unthinkable: She became a mortifying fangirl in five seconds flat, which may or may not have included professing her undying love. And oddly, he didn’t run away. In fact, their meet cute led to a friendship she never saw coming. Of course, she never saw his betrayal coming, either…

Now Dax needs her help. As guardian to his thirteen-year-old sister, he’s in way over his head. And though Kailyn hasn’t forgiven Dax, she isn’t heartless enough to make him fend for himself, either. Soon their friendly meetings turn into flirty dinner dates, and Kailyn can feel their chemistry is as explosive as ever. But how can she possibly let down her guard again to a guy who has heartbreak written all over him?

Where Romance and Pop Culture Live Happily Ever After.
All Posts
PrevPreviousExclusive Interview: Why Dragonhearts is Your Ultimate Galentine’s Day Read
NextExclusive: Cover Reveal for Abbi Glines’ ‘Best I’ve Ever Had’Next