Real Life Meet-Cute: The Sassy Girl and the Nerd by Nana Malone 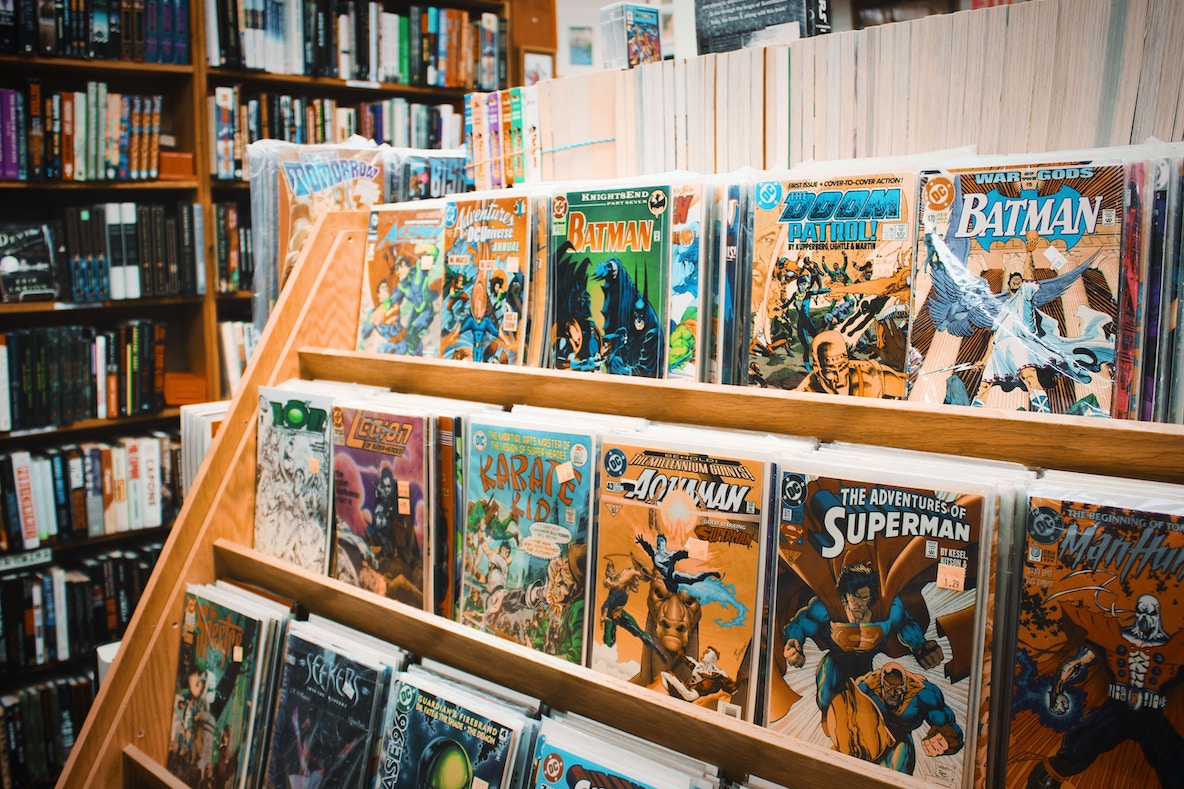 [Note from Frolic: We are so excited to have author Nana Malone guest post on the site today. Take it away Nana!]

The number one question everyone asks a romance writer, “Where do you get your ideas/inspiration?”

The number one question is usually some version of, “Have you tried all the stuff you’ve written about?”

I always answer yes, just to see the myriad of hysterical expressions, ranging from a lascivious smirk, to a slightly horrified glance towards the ol’ vajayjay. The latter look is from people who know how many books I’ve written. HAHAHA.

I’m kidding…mostly. But I started thinking about all the places I pull inspiration from and I have to take it back to my comic book roots.

Right now kidlet and I are in the midst of an epic The Flash binge watch. And I have to tell you, I’m in love with this incarnation of Barry and Iris. Probably because I see myself in them. Alas no, I’m not married to Grant Gustin…but a girl can dream. But maybe I have my own superhero.

Full disclosure, I was a major comic book nerd as a kid. Now while I was more partial to Marvel, I do love certain heroes from the DC world. In particular The Flash. The television show has given this couple new life. In this incarnation, Barry and Iris grew up together and were childhood besties.

Friends to lovers is my favorite trope hands down.  I’ll always watch it. I’ll always read it and it’s my favorite to write. So much unrequited love. So much tension!  What’s not to love? So of course, when The Flash is on, it’s popcorn and lay on the couch time!!

So why so much love for this (Super)couple?

First, while most superheroes have these hulked out bodies, which are very nice, because I’m not blind—hello Jason Mamoa—Barry is more brain than brawn. Smart is sexy!  Which probably explains why I, myself married a total nerd. Okay, he has muscles too, (because I’m shallow) but go with me on this.

You see, like Barry, hubby sees himself as a man of science and reason. He doesn’t believe in kismet, or fate, or any of the delicious fantastical things I write about. He likes to think of himself as practical, pragmatic.

But I know something he doesn’t know. He’s the most romantic motherlover out there. He just has a different way of seeing it. Like the Scarlett Speedster, the love for his family and friends oozes out of him.

Take the first time we met. Ask him how it all went down…he’ll tell you, “College.” Yeah…that’s the whole story.

Ask me, and I’ll dive into a full exposition of our meet-cute in the darkened basement of a fraternity. I’ll tell you how, on the dance floor, I was feeling ultra-brave and walked up to him to start dancing, then I left him Cinderella-style at 1AM…thanks to my over-beered roomie.

My point is, I’ll tell you every single damn detail of it, from the way his whiskey-brown eyes completely vanish when he’s really smiling, to how his lashes are bloody longer than mine, to how he smells, to the way his hands move…basically, I’ll write you a romance novel out of it.

To him… We met in college.

Back to our (super)couple and the second reason I love them so much. Iris is a total badass. She might not have any super powers, but she’s not afraid to mix it up. I love heroines who aren’t afraid to get their manicures mussed. And Iris delivers!

Once, someone asked hubby what he loved best about me…his answer, “She doesn’t need anyone to take care of her.”

Not my laugh. Not my smile. Not my-then-terrific ass. It’s degraded some since the good ol’ ass age. But, nope, he loves me for my ability to look after myself.

I called him on it one day, and he seemed surprised. He said, “You aren’t the weepy girl in movies. You’ll fix the problem first and cry about it later. Hands down, I can count on you. You’re strong. Independent. You don’t count on me to make you happy. You don’t need me. You want me.” Then he added, “Also you have a mean front kick and a nice ass.”

This is where I should probably mention he’s a third degree blackbelt and to him, apparently, there’s nothing sexier than a woman who can kick butt.

Like our Scarlett Speedster, hubs see the real me and none of it intimidates him in the least. He loves me for it, celebrates me for it even.

The third reason why we jones for this couple so hard, is in this incarnation, Iris is brown. YEP! Representation matters. For kidlet, seeing a brown woman so central to the integral storyline is HUGE.

Our hero in this show isn’t afraid to show his emotions though. Forget wearing them on his sleeve, he’s got a whole suit out of his feels. Lol. But that too is refreshing. There is something so optimistic about the way these characters approach their ride or die love, and I’m here for it.

Now, hubster isn’t nearly as emotive as Barry. But he’s got his own way of pouring out the love.

When we’re walking together, he automatically reaches his hand out for mine. Once a month, chocolate appears as if by magic in the house. Every now and again a solo movie ticket will turn up (an activity I never get to enjoy usually.)

When I’m on deadline, food appears out of nowhere because if he didn’t feed me, I might not eat. When someone pisses me off, he makes me an imaginary nemesis leaderboard and buys me a new sassy mug.

And my favorite, when I climb into bed from burning the midnight oil, it doesn’t matter what stage of sleep he’s in, he always smiles a little and reaches for me.

He can call himself a non-romantic all he wants, but I see him. His slightly obscured romantic bone is there, he just hides it well. I don’t need to have the words from him. I have plenty enough words for the both of us.

Hubby might not be able to run at Mach 3 or what not, and I might not get myself into nearly as many scrapes as Iris, but I’m feeling these couple similarities.

These two are #couplegoals. Not to mention the perfect inspiration for my books, where the women are sassy, the heroes always try to do the right thing, and the bad guys get what’s coming to them.

Now if you’ll excuse me, the popcorn’s almost done. Kidlet and I have another Flash episode to watch. 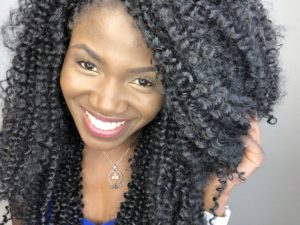 USA Today Best Seller, Nana Malone‘s love of all things romance and adventure started with a tattered romantic suspense she “borrowed” from her cousin.

It was a sultry summer afternoon in Ghana, and Nana was a precocious thirteen. She’s been in love with kick butt heroines ever since. With her overactive imagination, and channeling her inner Buffy, it was only a matter a time before she started creating her own characters.

While she waits for her chance at a job as a ninja assassin, in the meantime Nana works out her drama, passion, and sass with fictional characters every bit as sassy and kick butt as she thinks she is. 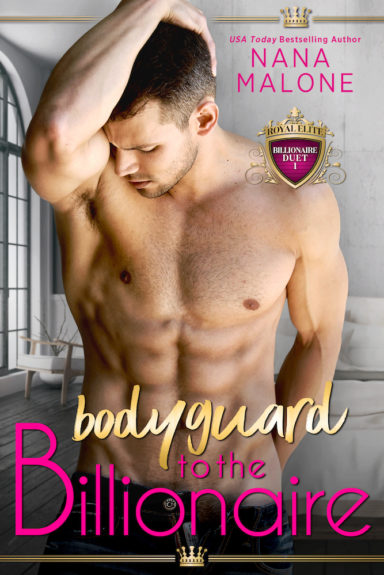 Bodyguard to the Billionaire by Nana Malone, out now!

Derrick Arlington is one of the world’s most eligible billionaires. Voted Sexiest Man Alive—two years running.

And I just so happen to look exactly like him.

It’s never come in handy until I get offered an actual job out of it.

It was supposed to be so simple.

Go to the Winston Isles, stand in as his body double for a few weeks, go back to my life.

But when our carefully constructed plan goes awry and the billionaire goes missing, I have no choice but to take his place and hire a bodyguard. The best in the business: a smart-mouthed, tight-assed, lady bodyguard.

Zia Barnes is the LAST thing I want, even if I need her. She’s determined, smart, and has no idea I’m a total imposter.

Good thing I have no intention on falling for her, or I’d be royally screwed.