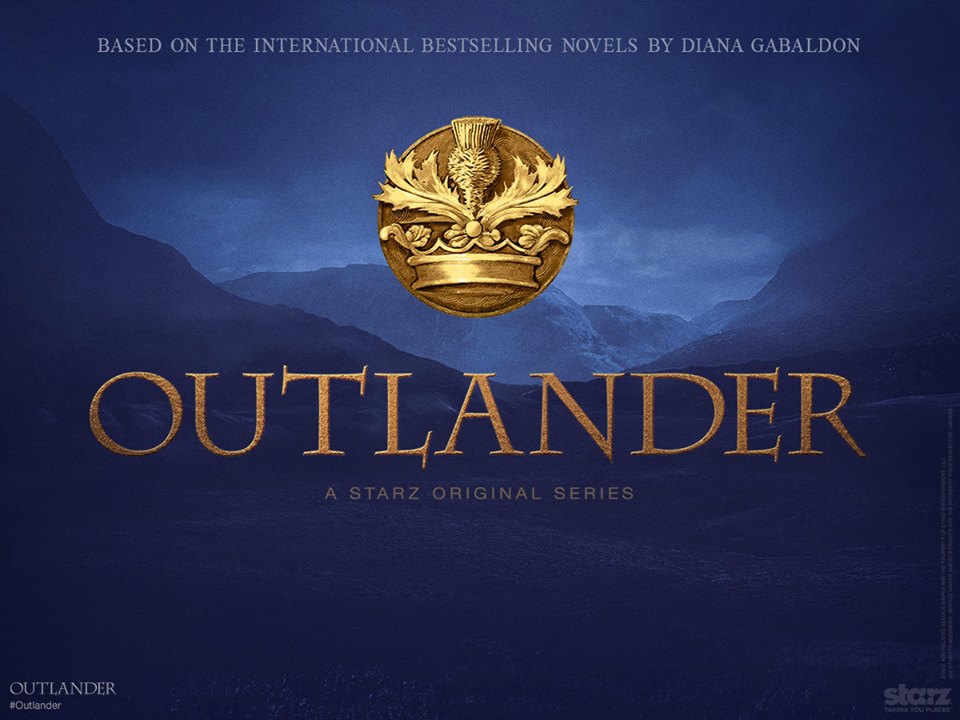 Hello Frolic! I am so thrilled to be here! I am also excited to bring you my recaps of Outlander, season four, based on Diana Gabaldon’s remarkable Outlander series and book four: Drums of Autumn.

I am a huge fan of this book, but I also am in love with the choices the writers and directors have made this year. And I am smitten with Roger and Bree – although, these two aren’t easy to love. They have considerable flaws in how they love, forgive, and deal with pain and disappointment. Still, I am Team Roger and Bree all the way! Though Brianna should be kinder to Jamie. She is a hothead in this episode, just like her Da.

But enough preamble, let’s get into this recap!

Summary provided by Starz: Jamie and Claire keep secrets from one another as they try to help Brianna process her recent trauma. But the secrets they keep cause a bigger familial rift once they are revealed and Brianna learns of a terrible misunderstanding that has had disastrous consequences for Roger.

Making whiskey is the centerpiece of the theme slate, as I like to call them — that opening image gives viewers insight into what lays ahead in the night’s episode. The whiskey machine (distillery), however, I did not completely understand. Well, unless making bad whiskey (which is what Jamie is doing these days) somehow speaks to the consequences of a married couple keeping secrets from each other (tsk, tsk, Jamie and Claire). But we shall see.

We begin this episode outside the cabin at Fraser’s Ridge as Jamie approaches Brianna. He knows what happened to her in Wilmington, and he invites her to take a walk with him.

Jamie promises to find her a husband, but Brianna refuses. Marriage is not for her. Which, by the way, is one of the inconsistencies that puzzles me about Brianna. Sometimes she is married to Roger, sometimes she forgets (add shrug here).

Nonetheless, I give her some leeway. She is in pain and blames herself for the attack by Stephen Bonnet. She should’ve known better – why did she walk into a room with a man who was a stranger, and why did she not fight harder: she should’ve fought harder.

With a thoughtful look, Jamie’s next words, however, shock Brianna (and me): Maybe, you enjoyed it, he says.

But Jamie is making a point. He grabs Brianna, holds her to him. She struggles. He could kill her right then, and now, he threatens. And if she’d fought her attacker, she could be dead now.

Brianna gets the message, but then she asks Jamie if he fought back against Black Jack Randall?

After recovering from his surprise (Claire had told Brianna all about it), he tells her the truth: He didn’t fight back. He’d made a promise in exchange for Claire’s life.

Bree still has questions – mainly, would it help if he’d killed Black Jack? Or more to her point, would it help her, if she killed the man who raped her? If he were dead, maybe, she could forget. Jamie tells her the painful truth: you won’t forget, but time will let you heal.

A poignant scene between two characters living with the memory of a horrific assault.

Then we find Roger on the march. Hands tied, he is also roped to a horse ridden by a member of the Mohawk tribe (from New York state).  The group is leading him back to their home as a prisoner along with another man.

We learn a lot about Roger in his scenes – primarily, he is resourceful. He uses a string or piece of knotted rope to keep track of the days and the direction he is traveling. He tells his co-prisoner, he intends to escape and find his wife.

At Fraser’s Ridge, Claire suggests to Brianna that they could “do something” about her pregnancy. Brianna worries that her child could belong to the man who raped her. But she also thinks that maybe the method she and Roger used to avoid pregnancy — withdrawal — didn’t work, which means she could be carrying Roger’s child. Brianna decides to keep the baby.

In a fun scene (yes, such a scene exists in this somber episode), Claire and Brianna reminiscent about things they miss from their time — juicy hamburgers, jazz, toilet paper, a toilet that flushes, and more.

Later that night, Brianna is dreaming, which we figure out quickly when an unbeaten Roger sits on the edge of her bed.  Joyful, she hugs him and tells him he is going to be a dad. In the next instant, however, Roger turns into Stephen Bonnet. “I’ve always wanted to be a father.” (Creepy Creep – I hate him.)

Fighting and sobbing, Brianna is lost in the nightmare until Lizzie shakes her out of the dream.

As Lizzie seeks to comfort Brianna, she also reveals her attacker won’t hurt her again.  He came for her, Lizzie explains, but Jamie took care of him.

Brianna is confused. How did Lizzie know what her attacker looked like?

Finally, the truth comes out. Lizzie saw Brianna with Roger and assumed he was her rapist.

Brianna rushes to Jamie and Claire and angrily asks Jamie what did he do? What did he do to her Roger?

For the next few minutes, Jamie and Brianna sling accusations, apologies, anger, and shouting.

Brianna admits she and Roger made love, but before she can explain the rest of it, Jamie loses his cool. He accuses Brianna of sleeping with a man for lust and then once she discovers she is with child claims rape.

Brianna slaps Jamie (yes, she did) and calls him self-righteous and a bastard. His comeback line is that he thought he was doing the right thing – he is her father, after all.

Brianna will have none of Jamie’s excuses and states flat out: My father was a good man, you are nothing but a savage!

(My heart aches for Jamie: she is so unfair:)!

Young Ian then asks the obvious question: If the historian didn’t attack you, who did?

Now, Claire’s secret comes to light. She knows Stephen Bonnet raped Brianna, and the proof she places on the table: Her wedding ring, the original one given to her by Jamie.

An oh, my is warranted, here. Perhaps, this is why the episode begins with a whiskey distillery. I, for one, could use a dram about now.

Anyway, Young Ian admits selling Roger to the Mohawk, and Bree slugs him – closed fist in the jaw.

My girl has quite the temper.

We catch up with Roger and his traveling companion, another prisoner of the Mohawk, but he is dead. Still bound and on foot, Roger continues his hard, relentless journey.

Meanwhile, at the cabin, Young Ian explains that the Mohawk are fierce and honorable. They won’t kill Roger, but they have a week’s head start. To find them could take four months. Brianna can’t travel (she’s with child), but she insists that her mother join Jamie and Young Ian to search for Roger – Brianna doesn’t trust their judgment.

It takes some doing, but Claire agrees as long as Murtagh escorts Brianna and Lizzie to Jocasta’s mansion.

As they prepare to leave, Young Ian drops to one knee and offers to marry Brianna, but Jamie interrupts – get off your knee you idiot (Jamie’s pronunciation of “idiot” made me smile. It reminded me of the Bobby Singer – Supernatural – and his name for the boys: idjits.)

Roger is with the Mohawks. His footing is shaky, his energy low, he appears ready to fall over at any moment. One of his captors shares his canteen with Roger, who slurps down as much water as he can before another Mohawk snatches the container from his grasp.

But Roger is faking. He isn’t as out of it as he appears. A moment later, he propels himself down a hillside, pulls his wrist free of the rope, and is off and running. The Mohawk give chase, but – all I can say is Run, Roger, Run!

He drops behind tree stump and hides. The Mohawk don’t see him. Roger is FREE!

At Jocasta’s mansion, Hercules greets Brianna and Murtagh, who escorts them into Jocasta’s parlor. Murtagh and Jocasta share memories of their youth. But Jocasta, although blind, senses someone else in the room. Brianna steps forward and tells Jocasta her story and why she needs Jocasta’s help.

Of course, Jocasta agrees to help.

On the road, Roger’s escape is successful. But as he travels back toward Fraser’s Ridge, he hears a familiar buzzing sound. Would you believe it? He’s come across America’s stones. You know the time travel stones like the ones in Scotland.

In his pocket, he has the gems, the currency that will transport him back to his time. And don’t you know, after the beating and suffering he’s endured, he’s considering it! And we can see his struggle in his body and his tears. He has a choice to make. What will he do?

Holding the two gems he received from Bonnet, he reaches a hand toward the stones and –

And well, blackout. I can hear the director’s tortuous laugh:  cut and end scene.

Goodness gracious, I need Outlander to post all episodes at once. Binge-watching Outlander would be heaven! I need episode 411 now!

Okay. I’m calm. Patience is a virtue. So, I hope you’ll join me for If Not for Hope.