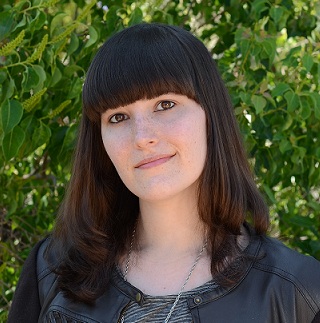 [Note from Frolic: We are so excited to welcome author Tara Sim to the site today. Her novel Scavenge the Stars is out today!]

Fantasy has always been my favorite genre. In high school I was known for lugging around thick, doorstopper fantasy novels instead of my textbooks (and somehow my teachers let me get away with it). But while I loved those doorstopper fantasy novels, sometimes I look at them on my shelf and wonder what it would have been like if they all hadn’t been written by straight white men.

Would I have been more comfortable writing about my identity? Would my internalized misogyny have been challenged sooner? Would I have learned things about myself I wouldn’t come to realize until I was in my 20s?

Over the past few years, publishing has slowly begun to open more doors to marginalized authors. The stats still come back overwhelming white, cis, ablebodied, and straight, but there’s no denying that when I walk into a bookstore now, I find more and more authors of color, Black authors, and queer authors on the shelves. Our stories are taking traditional tropes and telling them in new ways, exploring themes like colonialism and oppression in fantastical settings, and showcasing magic in styles as of yet unwritten or unexplored.

In older fantasy series, we see a lot of tired tropes, such as magic users or non-human races classified as Other in some clumsy and obvious reference to racism. A lot of these tropes end up being harmful to the communities who are often excluded from these narratives, who have a long history of being portrayed as the Bad Guy instead of the Hero. But when you put a trope like this in the hands of a marginalized writer, it becomes something else entirely.

One of my favorite examples of this is N.K. Jemisin’s Broken Earth trilogy, which begins with The Fifth Season. Jemisin crafts a secondary world with a unique magic system, which is basically “geology, but make it badass,” and explores how that magic shaped and warped the world into its near-apocalyptic state. That would be pretty cool on its own, but it gets more intricate: the magic system is a clever and nuanced analogy for racism against Black people. As a Black author herself, Jemisin lays the foundation for a society where these magic users are seen as incredibly dangerous and in need of constant observance, bringing to mind modern America’s inherent distrust of Black people.

New voices bring new takes. I will always have a soft spot for the stories that got me started: Harry Potter, The Lord of the Rings, The Wheel of Time, etc. I will always be a sucker for powerful swords and prophecies and hero/villain showdowns. But I want to see them presented in new and refreshing ways, reclaiming things that were once harmful—such as queer villains—and actually making them something complex and valued.

A recent example of the above is Docile by K.M. Szpara, a scifi parable that details a possible future for our capitalist nation. People sell themselves into servitude, becoming Dociles, in order to pay off looming debt. It almost sounds like a standard 1984-esque scenario until you get to the main couple, who are both men and enter a dubcon sexual relationship, with one being a Docile and the other his owner. Szpara, a trans author, questions power dynamics between two queer men instead of a traditionally heterosexual couple where society has already dictated the difference in power. This gives the entire story a whole new perspective, one that I’ve never seen before and was eager to examine.

As someone who never saw themselves represented on the page, I try to do the same with my own work. My latest book, Scavenge the Stars, is a YA fantasy retelling of The Count of Monte Cristo, but featuring an entirely POC and queer cast of characters. We’ve seen tales of revenge before, but I wanted a new spin on it: a brown girl instead of a white boy armed with knives and desperation on the path to becoming a hero, a queer boy instead of a straight girl lost in the trappings of nobility and at risk of losing everything he holds dear.

We can honor and critique the old and still celebrate the new. We can help hold the door open for those who have been fighting to get a foot in, from the underrepresented disabled authors to the wealth of brown and Black talent who deserve to shine in the mainstream.

I want to see the worlds they create. I want to look at things from a brand new perspective. I want the fantasy genre to explode outward, reaching new or reluctant readers who can finally find themselves on the page as the Hero.

Tara Sim is the author of SCAVENGE THE STARS and the TIMEKEEPER trilogy  and writer of all things magic. She can often be found in the wilds of the Bay Area, California.

When she’s not writing about mischievous boys in clock towers, Tara spends her time drinking tea, wrangling cats, and occasionally singing opera. Despite her bio-luminescent skin, she is half-Indian and eats way too many samosas. 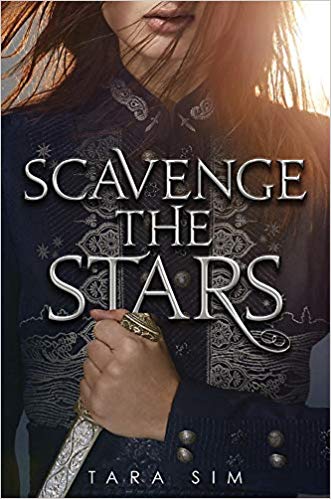 Scavenge the Stars by Tara Sim, out now!

When Amaya rescues a mysterious stranger from drowning, she fears her rash actions have earned her a longer sentence on the debtor ship where she’s been held captive for years. Instead, the man she saved offers her unimaginable riches and a new identity, setting Amaya on a perilous course through the coastal city-state of Moray, where old-world opulence and desperate gamblers collide. Amaya wants one thing: revenge against the man who ruined her family and stole the life she once had. But the more entangled she becomes in this game of deception-and as her path intertwines with the son of the man she’s plotting to bring down-the more she uncovers about the truth of her past. And the more she realizes she must trust no one?