Reimagining the Romanovs: A Conversation with Gill Paul, Author of The Lost Daughter 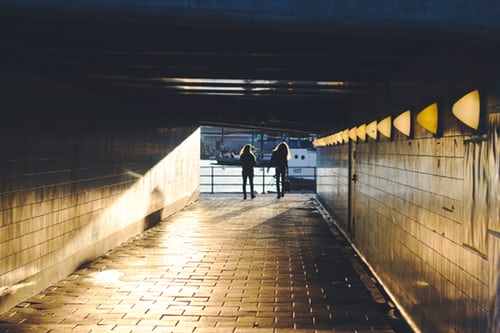 Bestselling author Gill Paul has a new historical fiction book out on August 27, 2019. The Lost Daughter is the story of Anastasia Romanov’s sister Maria and her fight for love. As history tells us, the Romanov family was the last Russian royal family who were murdered by in the early 1900’s. The Lost Daughter is a gripping story that tells the tale of how things could’ve been had Maria not been slain. Paul took some time out to discuss how Stockholm Syndrome could’ve played a role to make such a story happen. Stockholm Syndrome is often used as a dark and twisted trope in romance. I hope you’ll enjoy Paul’s ideas on it as much as I do.

In April 1918, the former Tsar Nicholas II, his wife Alexandra and his daughter Maria were moved by their Bolshevik captors to a house in Ekaterinburg, owned by a merchant called Ipatiev. Three weeks later, the rest of the family followed. They would never again set foot outside its confines.

The building was surrounded by a ten-foot fence with machine-gun posts in the corners, and the windows were whitewashed to prevent curious onlookers gawping at the once-regal inmates – and, presumably, to stop them looking out. The Romanovs and their remaining servants lived in a few rooms on the first floor, and were permitted into the yard for exercise twice a day. Food was restricted, their belongings were pilfered, and they were no longer able to correspond with friends in the outside world. The respect they had been shown while under house arrest in Tobolsk, and previously at the Alexander Palace in Tsarskoe Selo, was ominously
absent.

The germ of the idea behind my new novel, The Lost Daughter, came to me when I read that Maria, the third daughter, was found in “compromising circumstances” with one of the guards at the Ipatiev House. Ivan Skorokhodov brought a cake for her nineteenth birthday on 26 June and she slipped out to the hall to join him for what was probably just a kiss and a cuddle. They were caught by Avdeyev, the commander of the guards, and Ivan was sent to jail for three months. A new commander, Yakov Yurovsky, was brought in and security was severely tightened. Exercise periods were reduced and the Romanovs now had to ring a bell for permission whenever they wanted to use the toilet. Just three weeks after Maria’s birthday the decision was taken to murder the family, and her flirtation may have been one of the triggers.

I decided to write my novel from Maria’s point of view, starting when she arrived at the Ipatiev House. She was an amiable character and it must have seemed natural to her to chat to the guards, even though they were hardline Bolsheviks who hated everything the Romanovs stood for. None of us knows for sure what we would do in a similar situation. I don’t think I’d be one of the brave ones who tried to disarm the captors or organise a mass escape attempt – but I imagine I’d try to make friends. I’d be hoping that if I could make the guards like me, it would increase my chances of survival. If I found out more about them, and why they had decided to take the job in the first place, perhaps I would start to empathize – and from there it’s a short step to Stockholm Syndrome.

The term was coined after four hostages in a 1973 bank raid in Sweden grew so attached to their captor, Jan-Erik Olsson, that they refused to testify against him when they were released following a six-day ordeal. He had frequently threatened to kill them, tied dynamite to them and put ropes round their necks, but they universally declared him to be a good guy. One woman even asked if she could leave with him in the getaway car he had demanded. Patty Hearst, granddaughter of newspaper magnate William Randolph Hearst, grew so close to her captors after being kidnapped in 1974 that she voluntarily helped them to carry out a bank raid. This was despite the fact that she had been beaten, kept blindfolded in a wardrobe for a week, then raped.

Psychologists say that Stockholm Syndrome comes about when someone experiences sudden terror that they are about to be killed then, when the captor decides not to kill them, they are disproportionately grateful. They become reliant on the captor for basic needs – food, water, permission to use the toilet, blankets to sleep under – creating a state of infantilisation. Even the smallest acts of kindness take on such great significance that the prisoners forget any cruelties. They feel as if their captor is giving them the gift of life rather than depriving them of their freedom, and they frequently empathise with the captor’s aims.

Perhaps there was some of this in Maria’s flirtation with Ivan Skorokhodov. According to Yurovsky, she was popular with all the guards. I wanted to explore what might have been going through her mind, and at the same time to ask what it was like for those young men who were asked to kill four rather beautiful young women. That was my starting point, the seed from which the rest of my novel grew. 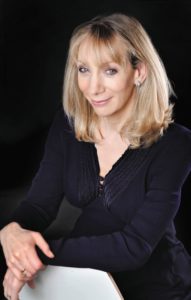 Gill Paul’s historical novels have topped the USA Today, Kindle and Toronto Globe & Mail charts, and been translated into 20 languages. The Secret Wife, published in 2016, tells the story of cavalry officer Dmitri Malama and Grand Duchess Tatiana, the second daughter of Russia’s last tsar; and The Lost Daughter, published in August 2019, begins with the third daughter, Grand Duchess Maria, forming an attachment to a guard in the house in Ekaterinburg where the family was held from April to July 1918.

Gill’s other novels include Another Woman’s Husband, about links you may not have been aware of between Wallis Simpson, later Duchess of Windsor, and Diana, Princess of Wales; Women and Children First, about a young steward who works on the Titanic; The Affair, set in Rome in 1961–62 as Elizabeth Taylor and Richard Burton fall in love while making Cleopatra; and No Place for a Lady, about two Victorian sisters who travel out to the Crimean War of 1854–56 and face challenges beyond anything they could have imagined. 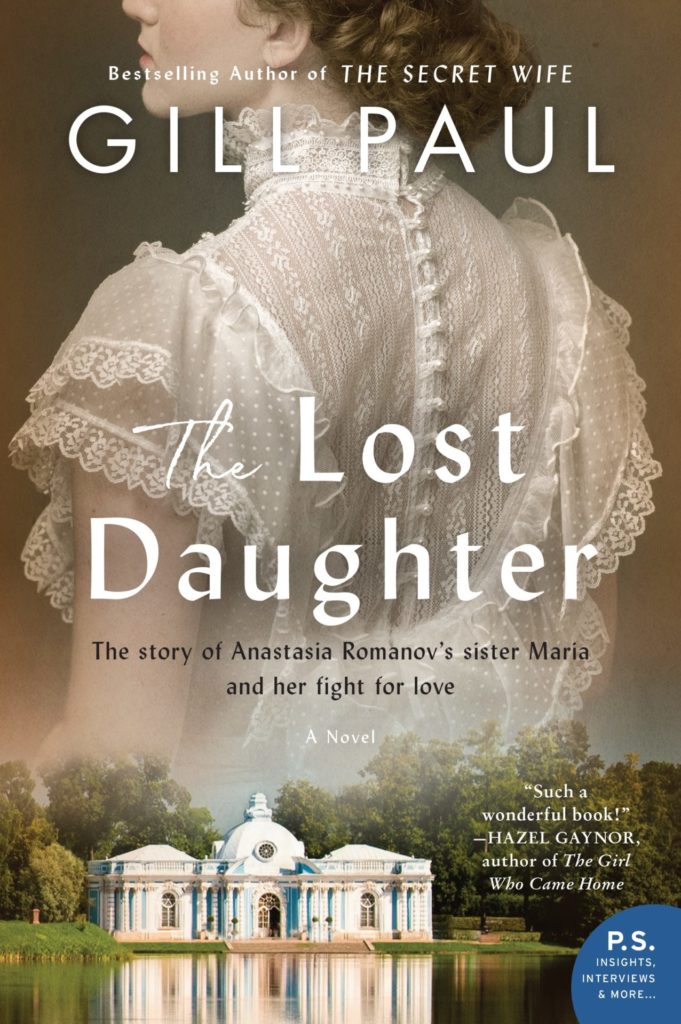 1918: Pretty, vivacious Grand Duchess Maria Romanov, the nineteen-year-old daughter of the fallen Tsar Nicholas II, lives with her family in suffocating isolation, a far cry from their once-glittering royal household. Her days are a combination of endless boredom and paralyzing fear; her only respite are clandestine flirtations with a few of the guards imprisoning the family—never realizing her innocent actions could mean the difference between life and death

1973: When Val Doyle hears her father’s end-of-life confession, “I didn’t want to kill her,” she’s stunned. So, she begins a search for the truth—about his words and her past. The clues she discovers are baffling—a jewel-encrusted box that won’t open and a camera with its film intact. What she finds out pulls Val into one of the world’s greatest mysteries—what truly happened to the Grand Duchess Maria?

Donna Soluri started in the book world as Scandalicious; now, this almost empty nester is going her own way. A lover of cupcakes, champagne, old-school rap, and Harry Styles she likes to read books with characters closer to her age still romancing and kissing and causing trouble.
All Posts
PrevPreviousTrope Rec Tuesday: The Romance to Your Comedy
NextLove, Life and Writing Advice from Kristin RockawayNext