Romance Comics for Every Romance Reader by Suzanne Krohn 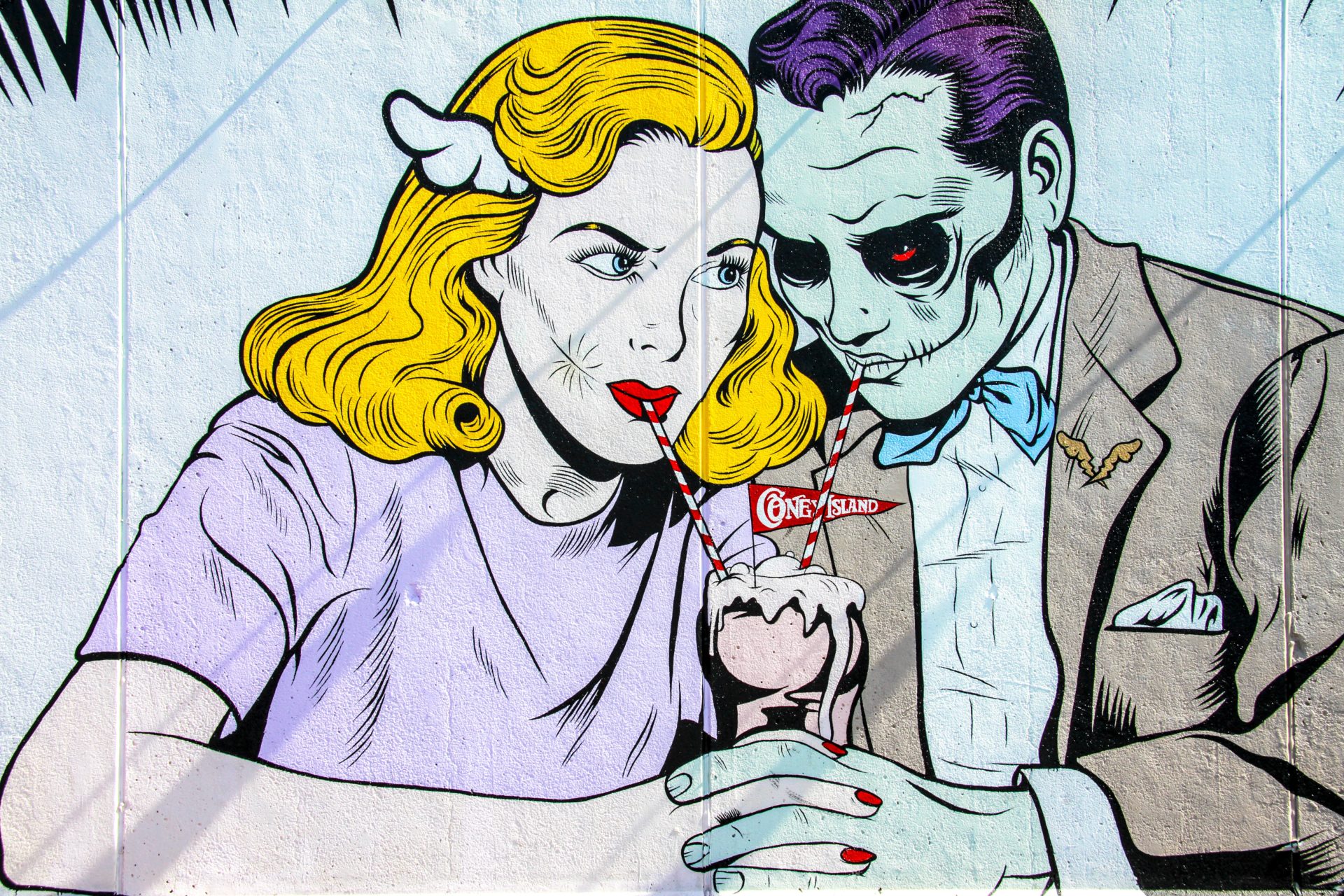 [Note from Frolic: We are so excited to have blogger Suzanne Krohn guest post on the site today. Take it away Suzanne!]

Once upon the 1950’s-1970’s, romance comics were a big deal in the US comics world. Then they morphed into gothic/horror and haven’t come back in a significant way until recently. Comics fans who wanted a side of romance with their sequential art were left shipping uninvolved characters, pleading with Jessica Jones and Luke Cage to have actual on-the-page kisses, or scouring the internet for fan art. Unfortunately, lots of female characters in comics have been “fridged,” meaning they were introduced for a romantic arc, then killed off to give the male hero a deeper motivation. Not only were romance fans left without much romance, the ones we did get didn’t have Happily Ever Afters. Not cool.

In recent years, the field-leveling power of the internet has led to a blossoming romance genre in the world of comics. When I started Love in Panels, my goal was to build a database of romance comics, plus comics with a strong central romance and/or LGBTQ+ characters. At the time, the only things coming up when I searched “romance comics” on Google were references to the heyday of romance comics, or roundups of superhero comics with some occasional kisses.

I wanted stories that put the romance front and center. If you’re looking for the same, you’re in luck! For just about every type of romance novel you can imagine, there’s a romance comic. 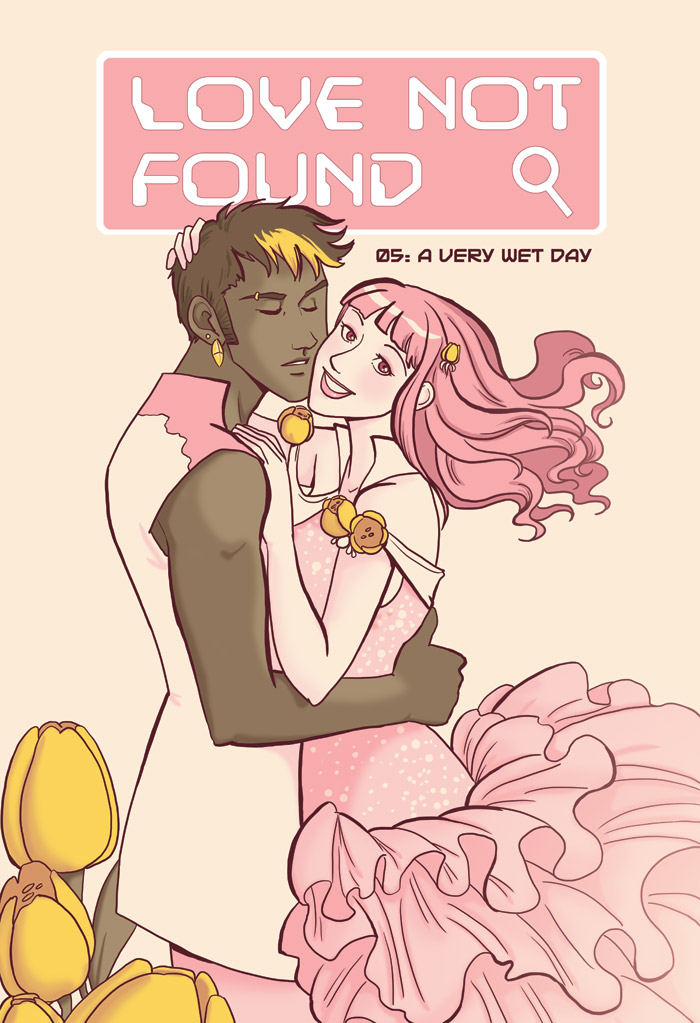 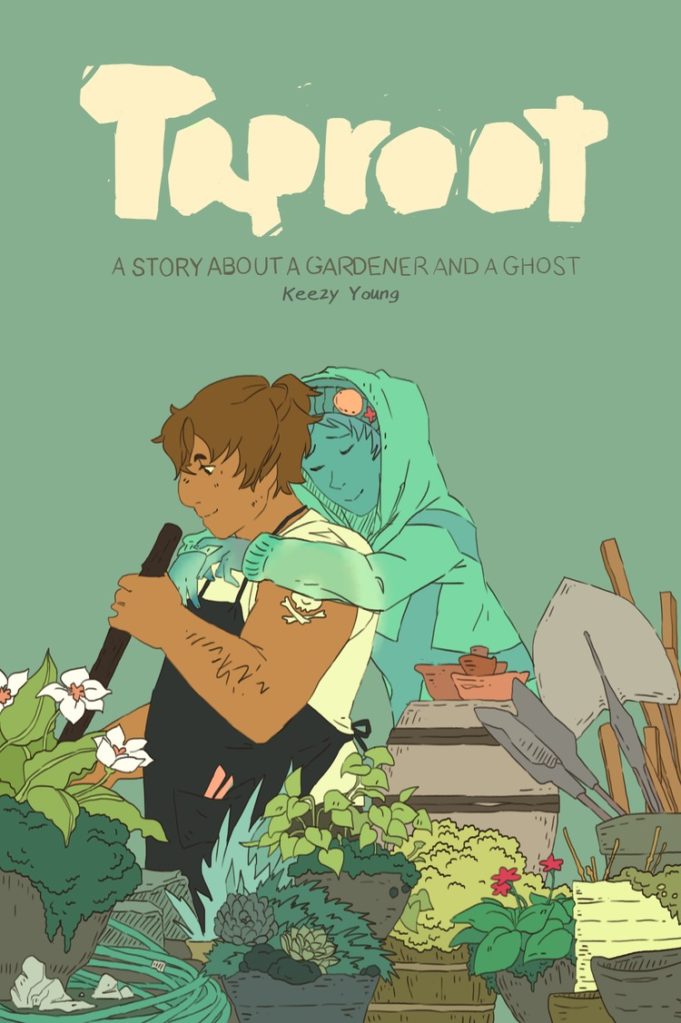 The super-popular comic series Saga has a central romance, but it’s also set against a backdrop of war and lots of unpleasant sob-into-the-pages things happen. It’s excellent, but if you’re in the mood for something sweeter, check out Love Not Found, by Gina Biggs.

Love Not Found is a sci-fi webcomic set in a future where touching is taboo. Our main character, Abeille, falls for Miel and they set about awkwardly navigating the boundaries of touch and public perception.

If you speak French, you’ll recognize that Abeille means “bee,” and Meil means “honey.” This is especially sweet because the planet they live on is a floral planet, full of plants and gardeners. The color palette is greens and yellows and pinks and browns, and it’s so very lovely. The cast is diverse in ethnicity and in sexual and gender orientation, with several queer secondary couples. (Miel’s moms are adorbs.)

If you’d rather something paranormal, Taproot by Keezy Young, is an m/m love story about a ghost and a gardener, and it’s just the right amount of spooky and soft. 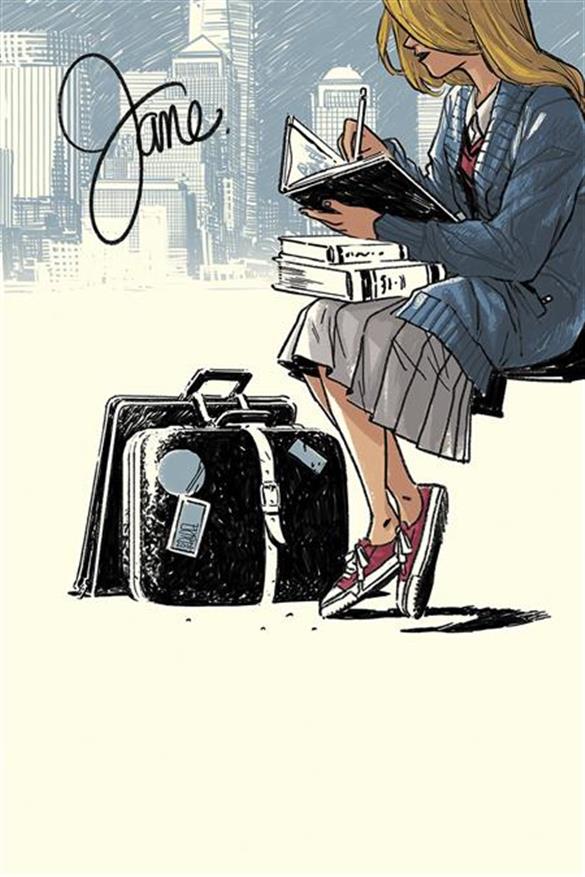 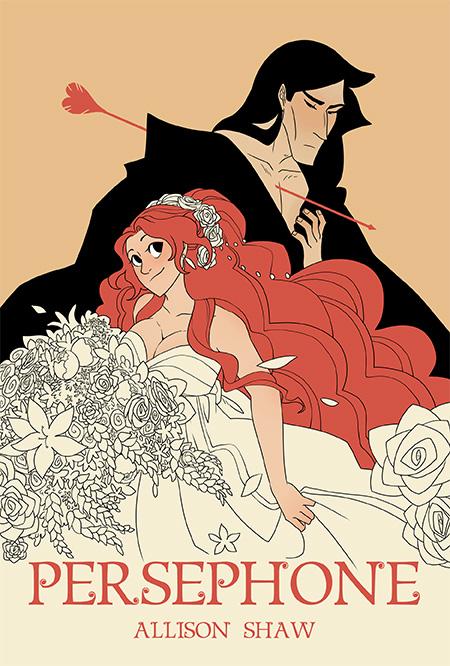 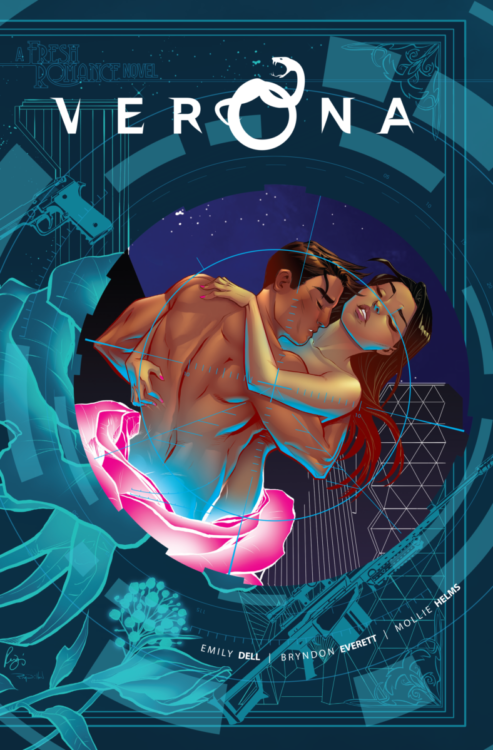 Want a twist on an old fave? Try these updates on classic love stories.

Jane by Aline McKenna and Ramon K. Perez, is a modern retelling of Jane Eyre.

Persephone by Allison Shaw, is a consent-driven retelling of the Persephone and Hades myth (with an HEA). The art is simple but gorgeous. And there are some sexytimes.

Verona by Emily Dell, Bryndon Everett, and Mollie Helms, is a futuristic, diverse retelling of Romeo & Juliet in which our main characters are assassins who fall in love… And they both live! 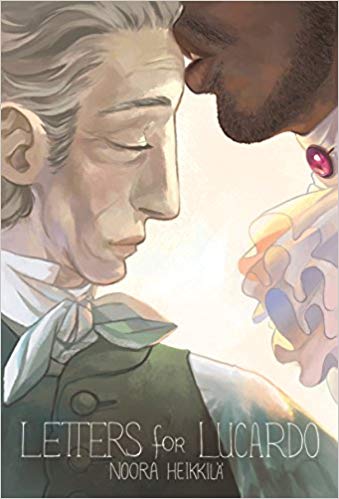 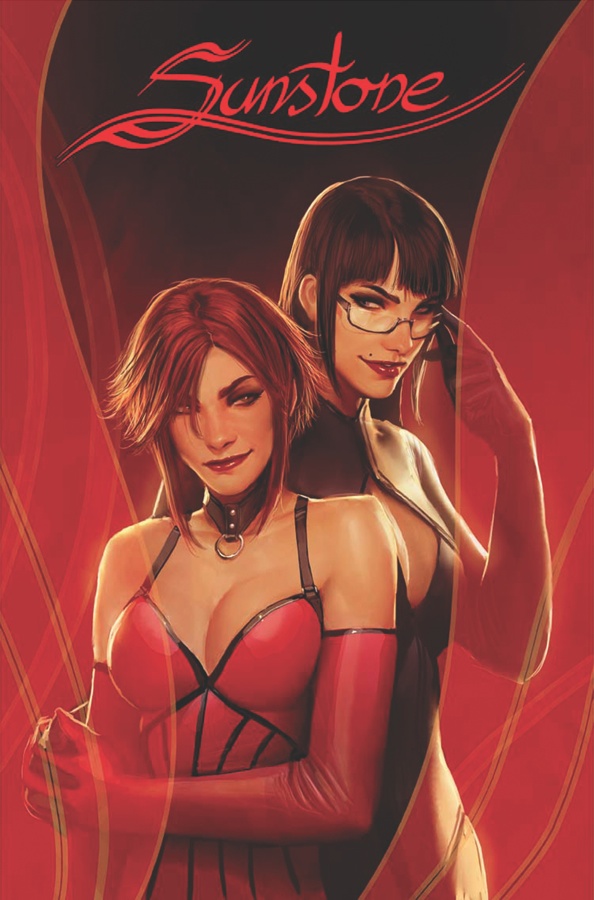 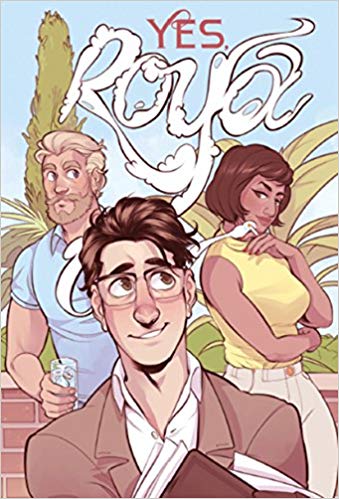 If you like your romance on the steamier side… do I have some recommendations for you!

Letters for Lucardo by Otava Heikkila, is a historical fantasy romance series between a Black vampire and an older white scribe. It’s one of the most explicit and simultaneously tender and humorous romance comics I’ve ever read. The two men at the center of the book are an unlikely match, but they’re so sweet that you’ll be impatiently waiting for volumes three and four like the rest of us.

Sunstone by Stjepan Sejic, is a lesbian romance about two women who awkwardly navigate a new domme/sub relationship that unexpectedly turns into something more. It’s funny and angsty and super sexy.

You may also want to check out Yes, Roya by C. Spike Trotman and Emilee Denich. This is a menage story about a young cartoonist in the 60’s who seeks out a mentor as he pursues a career in newspapers. What he finds is a surprising relationship between said mentor and Roya… and a place for himself with them. 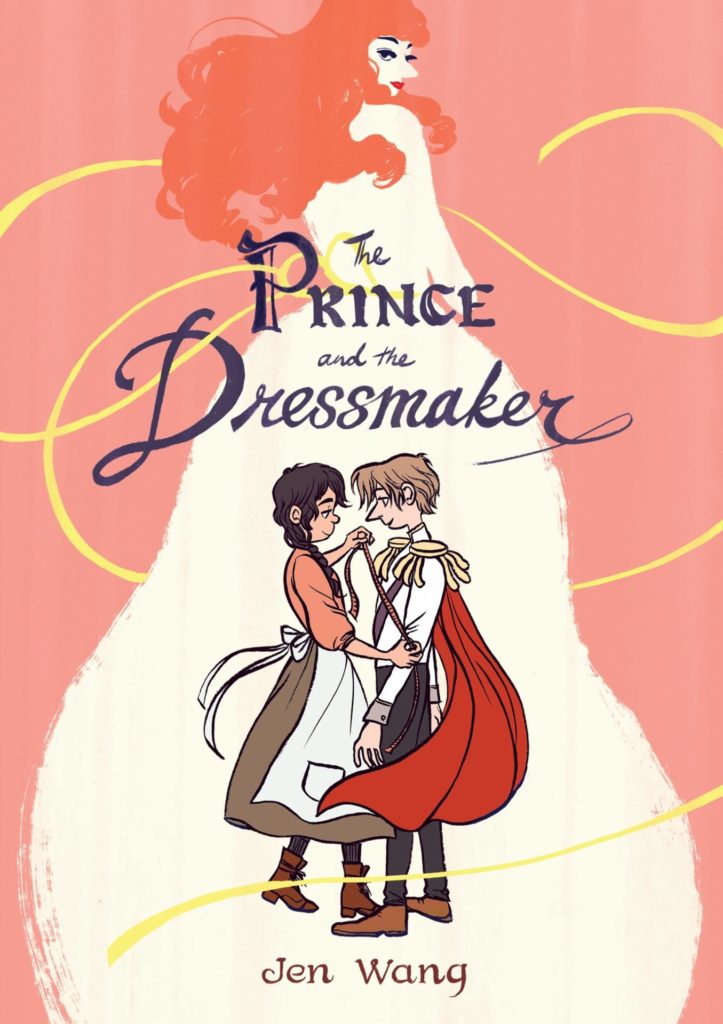 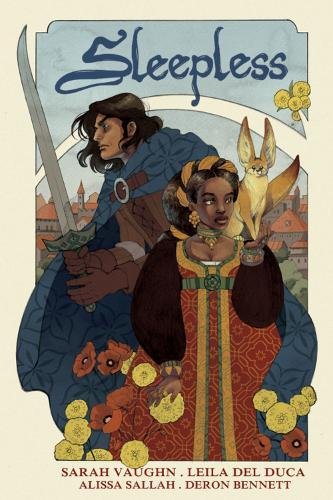 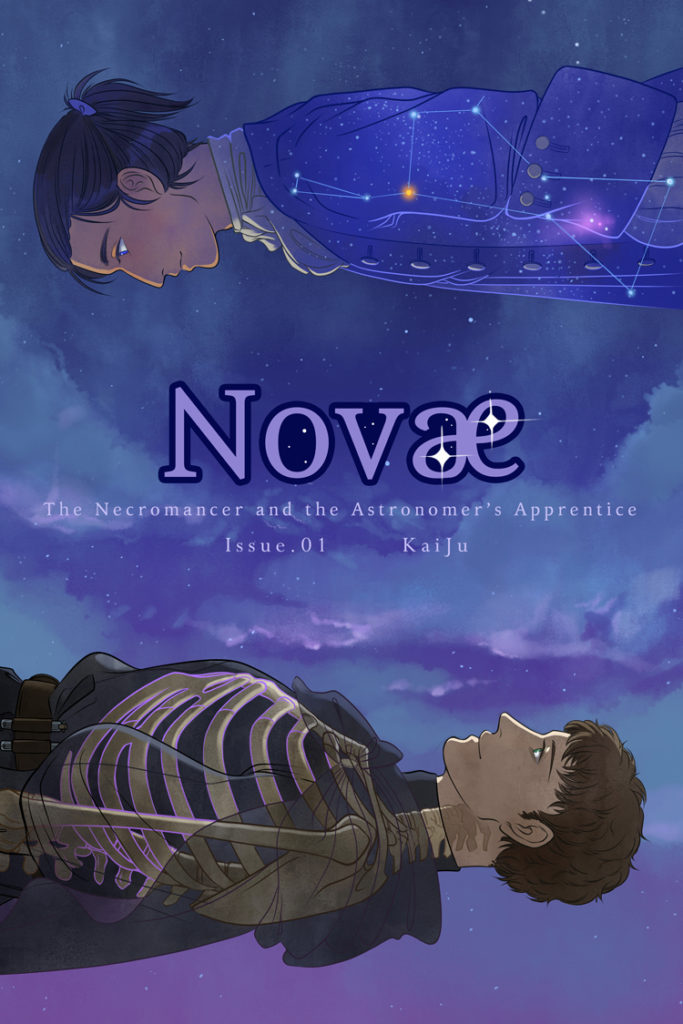 If you’re going to read a historical romance, why not make it a comic and spend your time gazing upon beautifully rendered scenery and clothing?

The Prince and the Dressmaker by Jen Wang is a young adult graphic novel with a sweet romance between a prince… and a dressmaker. The prince is exploring his identity and hires Frances to make him the most daring, gorgeous dresses she can create. Set in Paris, this book is full of lovely buildings and lovelier dresses – and romance of course!

Sleepless by Sarah Vaughn,‎ Leila del Duca,‎ and Alissa Sallah, is a historical fantasy comic about a princess and her bodyguard. There’s all sorts of court intrigue, plus magic and that forbidden romance. The art is gorgeous, and the plot is intricate but compelling.

Novae by KaiJu is another historical fantasy comic, but with necromancy and secrets and two men who are lost and find themselves in each other. You can read it as a webcomic or buy issues through their site.

Suzanne Krohn is a romance blogger and all-around book nerd. She’s worked at a library, as an author assistant, and for various book sites you might remember from the old days of two years ago. You can find her romance and comics site at www.loveinpanels.com and chat to her on Twitter @cerestheories or @loveinpanels.

Where Romance and Pop Culture Live Happily Ever After.
All Posts
PrevPreviousCo-Author Crossfire with Samanthe Beck and Robin Bielman, Authors of ‘Promise Me’
NextDaily Frolic: It’s simple – if you love books, you need this pillowNext