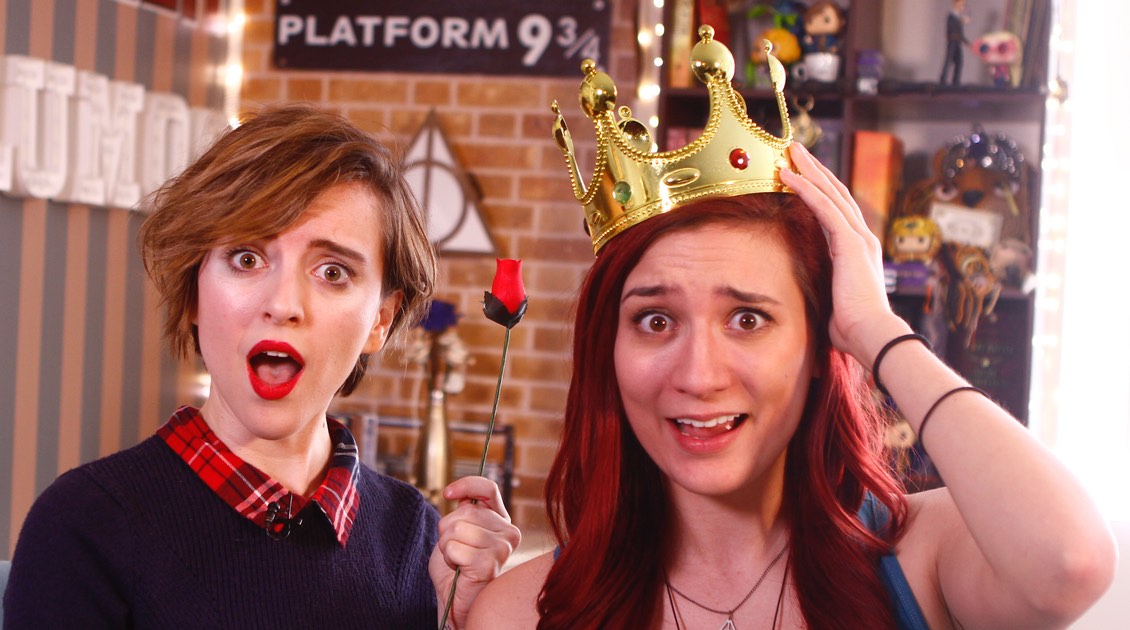 Welcome to our first edition of Romance Novel Or…? Where two influencers go head to head to find out who is the ultimate fan. This week’s episode is a showdown between Disney Princess/Pokemon/Game of Thrones super-fan Brizzy Voices and Harry Potter/Romance Novel/Broadway obsessed Tessa Netting.

Check out the video below and let us know in the comments who should face off next!

Anna Brisbin, aka Brizzy Voices, is a screen and voice actress based in LA with one of the largest fandom and voiceover themed channels on YouTube. Anna has famously impersonated all 151 characters from Pokemon, as well as the entire roster of Disney Princesses. In addition to doing impressions, Anna’s channel serves as a platform to discuss and be effusive about pop culture and fandom, from Harry Potter to DC Comics to YouTube to Cosplay and beyond.

Tessa Netting is an actress, singer, YouTuber, host, and all around geek.  Her favorite thing in the entire world is Harry Potter, and she is a self-proclaimed Ravenclaw. She began her professional career onstage in the Original Broadway Cast of Billy Elliot the Musical where she performed in over 1,000 shows. In addition to her acting credits, Tessa’s geeky inspired YouTube channel has over 20 million views.

Where Romance and Pop Culture Live Happily Ever After.
All Posts
PrevPreviousChanel Cleeton Shares Her Inspiration For Her Beautiful Novel Next Year in Havana
NextRobinne Lee’s Book The Idea Of You Reminds Me of How Much 80’s Boy Bands Shaped My Love Of RomanceNext