Roseanne A. Brown: “But even though I loved fantasy, it did not love me back.” 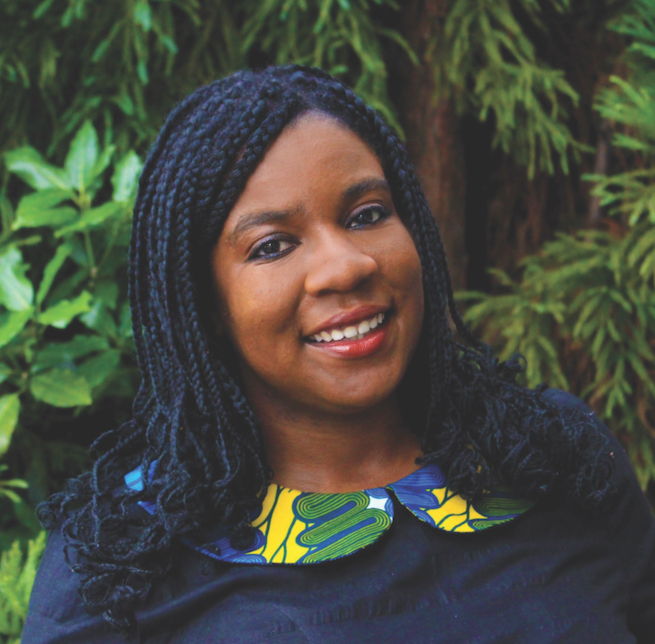 [Note From Frolic: Our resident YA expert Aurora Dominguez got the opportunity to interview author Roseanne A. Brown and ask her five(ish) questions. Roseanne’s novel ‘A Song of Wraiths and Ruin‘ is out now!] 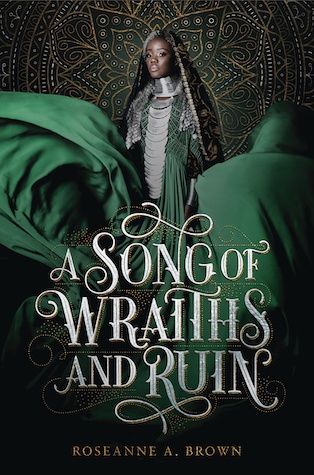 Roseanne A. Brown: So a fun fact about me is that English actually isn’t my first language! When my family immigrated to the US from Ghana when I was around three years old, all I could speak was Twi, our native language. I struggled to pick up English for years, until one day I picked up a copy of a little known book, Harry Potter and the Sorcerer’s Stone. Not only was that the book that pushed me to really master the English language, it also began my lifelong love affair with the fantasy genre.

But even though I loved fantasy, it did not love me back. Finding fantasy books centered on Black girls was nearly impossible. I wanted a story that had all of the epic action, adventure, romance, magic, and backstabbing that fantasy had to offer but that featured characters and cultures more in line with the people I had grown up around. Thus, the idea for A Song of Wriaths and Ruin was born.

I definitely relate to Malik more than anyone else in the book. My whole life, I’ve been the person who lives inside her own head, and Malik’s character arc from someone who passively lets the world throw him around to someone who plays an active role in his own life is a lesson I’m still learning day by day. Malik’s struggles with anxiety and destructive low self-esteem also came directly from my own life experiences. I’m hoping anyone who has ever been in a situation where they’ve had to choose between their own mental wellbeing and the greater good/needs of the people around them will see themselves in Malik, because I certainly do.

Why do you feel romantic books with powerful and relatable characters are so popular and have such a voice right now?

It’s no secret that the world is in a very scary place right now. It feels like every day you’re checking your phone only to discover that another institution you thought existed to keep people safe has crumbled to bits. I think that in the wake of so much justified fear and uncertainty about the future, there is real power in creating and consuming work that celebrates existing with joy. This goes doubly so for those of us from marginalized backgrounds. When the world is telling you that your skin color is wrong, your sexuality is wrong, your ethnicity, your nationality, your religion or any other core part of what makes you a whole and vibrant being is wrong, there is power in saying “I deserve happiness, exactly as I am now. I deserve to fight for the things that make me happy.” I think romantic stories give that to us, because no matter how flawed or broken or scarred the characters are or how scary their worlds get, they get their Happily Ever After. Romance reminds us that not only are HEAs possible—they are worth fighting for.

Set in a fantasy world inspired by West African folklore, A Song of Wraiths and Ruin features a princess and a refugee on opposite sides of a thousand-year conflict who must murder each other to save their families—even if it means ignoring the growing attraction between them. Or, to put it more simply, it’s basically what would happen if Aladdin and Jasmine had to kill each other.

Readers can expect a slow burn, enemies-to-lovers romance, with a dash of  elemental magic and “oh no I have to kill this person but they’re kind of hot help” thrown into the mix. They can also expect discussion on the burdens of intergenerational trauma, healing and recovering from abuse, the unfair slutshaming of young Black girls, and dealing with grief.

There’s also a talking hyena who is rude to everyone. She’s great.

Right now my priority is getting the sequel to A Song of Wraiths and Ruin ready! As of March, I’ve already turned the first draft in to my editor, so I’m at the stage right now where I’m diving into my research, re-mapping my various character arcs and plot lines, and interspersing it all with furious binges of Talenti gelato. And outside of the ASOWAR realm, I’ve actually started dipping my toes into middle grade! Hopefully there will be more updates soon, but I can say that my current middle grade project involves some spooky Ghanaian folklore, reality TV obsessed forest spirits, and a heroine who Buffy would be proud to call an ally.

Oh no, how can I pick just one! I’m going to pick three, for different reasons:

Aurora Dominguez is a high school English teacher, college professor and journalist in South Florida. Her work has appeared in The Miami Herald, Where Magazine and J-14 Magazine, all places where she worked as a writer and editor before going from the newsroom to the classroom. Her favorite days are "Caturdays," which she spends with a good book, her husband, Sebastian, and her cat, Luna. Her motto when it comes to reading: "No book left behind!"
All Posts
PrevPreviousZoomin with Susan Elizabeth Phillips! Find out her favorite trope, last read and more!
NextFrolic Podcast Network Weekly Wrap-up: Racism in Dating, Alpha Women and More!Next