Rumor Has It: Gossip in Fiction by Lea Geller 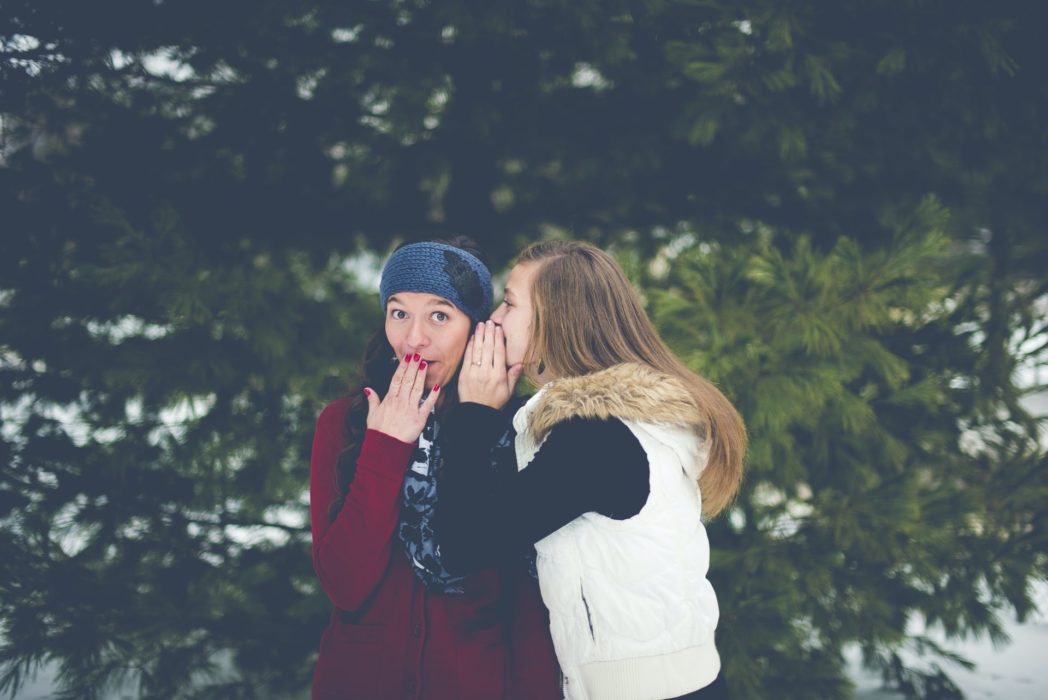 [Note from Frolic: We’re so excited to welcome author Lea Geller to the site today. She’s gossiping about, well, gossip!]

In a glorious confluence of events, I just so happened to be re-watching Gossip Girl (this time with my fourteen-year-old, who muttered “gross” every time someone over thirty kissed on-screen) at the exact same time Bridgerton dropped. I made the mistake of starting that show with the same fourteen-year-old, but BBC Pride and Prejudice it was not, and I quickly announced that Bridgerton would have to wait a few years, at least if I was going to be involved.

Still, the connection between the two shows and my own book, The Truth and Other Hidden Things jumped right out at me. In my novel, a woman, Bells Walker, moves from Manhattan to the Hudson Valley region of Dutchess County, NY when her husband gets a job at a local university. Unable to find work as a writer and feeling frustrated by the frosty welcome she receives from local women, she begins to blog anonymously about them, under the moniker the County Dutchess.

In Gossip Girl, the chatter is about secret hookups at swanky Manhattan locales, in the backs of limousines, and on Caribbean islands where French is spoken. In Bridgerton, the gossip details the brutal marriage market of the British upper classes and the surprising arrival of a glorious Duke. In my novel, the classes are not that upper and there are no swanky locales, limousines, islands or even royals, not unless you count the County Dutchess. As a parent of teenagers, the County Dutchess busies herself not with marriage markets or the monied upper classes, but with the pressures of raising children in the American suburbs and the all-consuming drive of the parents around her to land their children in the best possible college. (Oh, she also writes about stressed-out moms using task apps to hook up with their millennial fitness instructors, but I don’t want to give away too much…)

In some ways, all fiction is really just gossip. Firstly, when you write a book, some of the readers in your life will immediately assume that you’ve gone and written thinly-veiled gossip. Many writers have fielded comments and questions such as: “You really weren’t kind to your mother in that first book, were you? “If you’re going to write about me, the least you could do was make me attractive,” and, “So and so will lose her mind when she reads what you wrote about her husband.” In my experience, the characters are all made-up but the themes come from real life, and that may be where the gossip lies. I don’t know women using task apps to hook up with toothy pilates instructors, or doing any of the other things the Dutchess observes around her, but I do know plenty of parents under tremendous stress to do what they believe is right for their families, and hey, we all make mistakes, right?

Lea Geller is the author of Trophy Life and the new novel, THE TRUTH AND OTHER HIDDEN THINGS (April 6, 2021). A recipient of the 2019 Kathryn Gurfein Writing Fellowship at Sarah Lawrence College, she began her writing career by blogging about her adventures in the trenches of parenting. Lea lives in New York with her husband and children, for whom she frequently wakes up and makes several separate breakfasts. When Lea’s not writing and eavesdropping on her children, she can be found running, gardening, drinking diner coffee, and occasionally teaching middle school English. She is a graduate of Columbia University and Stanford Law School.  You can find Lea at www.leageller.com. 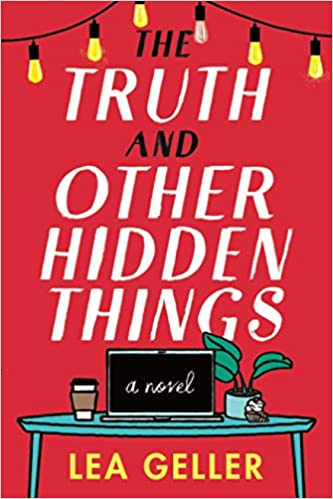 The Truth and Other Hidden Things by Lea Geller, out now!

A freshly funny and heartfelt novel about one woman’s secret life, the stories she tells, and the thrill and notoriety of being noticed.

On the same day Bells Walker learns that her IUD has failed, her husband, Harry, is denied tenure at his Manhattan university. So Bells, Harry, their two adolescent children, and her baby bump move to New York’s Hudson Valley, where Harry has landed a job at Dutchess College in the town of Pigkill.

When the farm-to-table utopia Bells envisioned is anything but, she turns to the blogosphere. Under the pen name the County Dutchess, she anonymously dishes about life in Pigkill, detailing the activities of hypercompetitive parents and kombucha-drinking hipsters. Suddenly, Bells has a place to say all the things she’s been secretly thinking about being a wife and mother. As Bells turns the focus of her blog on her new neighbors, her readership continues to grow, but her scandalous posts hit closer to home: she puts Harry’s new job in jeopardy, derails her children’s lives, and risks the one real friendship she’s built.

When Bells uncovers scandals right under her nose, the Dutchess goes viral, and soon everyone is asking, Who is the County Dutchess? Now Bells has to ask herself if it’s worth losing the people closest to her to finally feel noticed by everyone else.

Where Romance and Pop Culture Live Happily Ever After.
All Posts
PrevPreviousThe Rise of the Cinnamon Roll Character by Ruby Barrett
NextMy 5 Favorite Historical Mysteries by CS HarrisNext