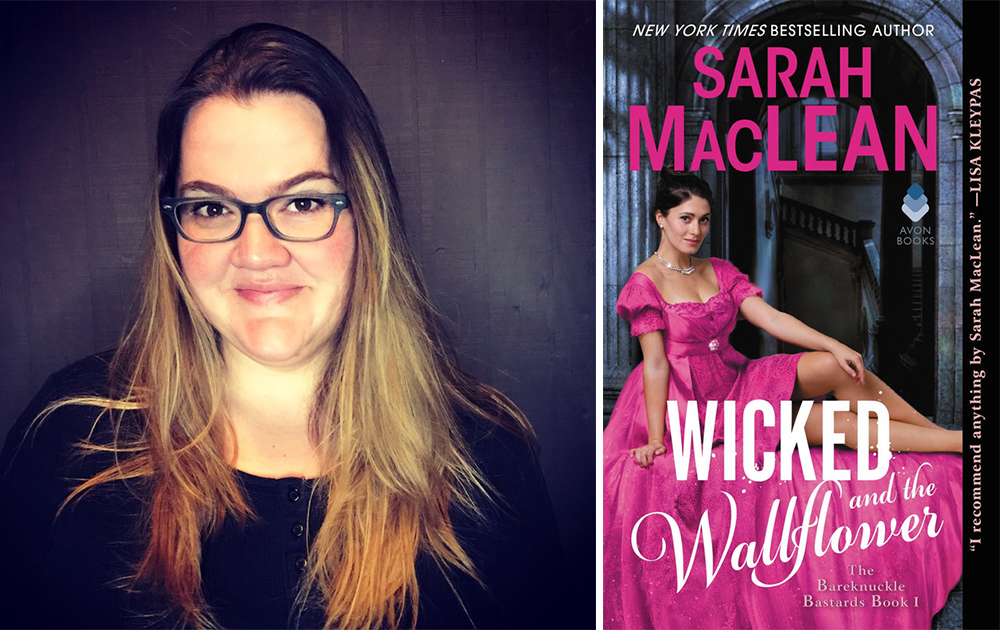 Any time you’re in a room with New York Times bestselling historical romance author Sarah MacLean, you’ll walk out with her books and a list of other authors to read and a few movies and TV shows to watch. She is nothing if not a one-woman reccing ball! With her latest, Wicked and the Wallflower, released on June 19 and Hulu’s gritty period drama Harlots coming back on July 11, I couldn’t help but snag her for a quick Q&A about bastards, brothels, and more!

So, you’ve been a notorious Harlots evangelist since its first season. Can you tell us what’s so awesome about the show?

Sarah MacLean: I think I was obsessed with Harlots the moment I saw the ads in NYC subway stations — the gorgeous, high-haired, Georgian Jessica Brown Findlay (where are my Lady Sybil fans from Downton Abbey?!), reclined, showing her stockings and staring unabashedly out at passersby. What I didn’t realize then was how much I would need Harlots — the powerful, unapologetic, intersectional feminist balm that I didn’t know to ask for in 2017 (and now 2018)! It’s so perfectly about life in the margins, about sex workers, about women, about people of color and queer people, about people who live in poverty, and the way the world tries to steal power from us, and we steal it right back. I know I sound like Harlots is TV Jesus here — maybe evangelist is the exact right word for how I feel about this show! — but it’s a show that is entirely produced, directed and written by women, with a largely female cast and crew, and so authentically about the female gaze and about identity as politic, that it puts its money where its mouth is…and I absolutely want adore it.

What is your big hope for the second season?

Sarah: More of all of it. More diversity of character and experience, more conscious representation of the interplay between sex and power for women, more of a representation of culture and identity are undeniably interconnected and more of an exploration of class, gender, race, sexuality and commodity all intersect. On a more personal level, I’m incredibly hopeful that we’ll see a lot more of domme Nancy Birch, who is one of the few characters in the show who retains both her power and her moral code. Oh, and if more patriarchy gets smashed in the process, I am here for it. 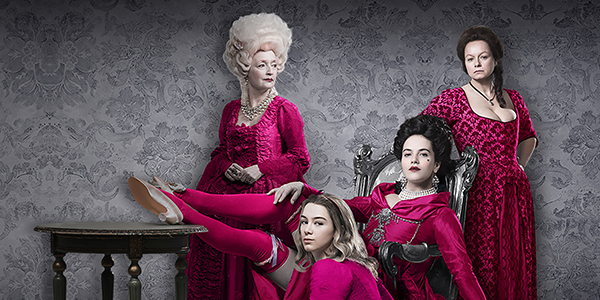 How much have shows like Harlots and FX’s Taboo influenced your own work? I’ve noticed you veering away from the “glittering ballrooms of the ton”— to the point where your latest series takes place almost exclusively in Covent Garden! Is there a correlation?

Sarah: Probably! I’ve always been a sucker for a costume drama, but in recent years, I’ve become less and less interested in white linen and more and more interested in the darker, sexier side of things. I was bingeing Ripper Street when I plotted the major arc of The Bareknuckle Bastards, and then moved on to Peaky Blinders (Devil’s a little bit Tommy Shelby), Harlots and Taboo. None of these shows are pretty — they all focus on the world beneath the world historical romance usually tackles, and they all could use more heartfelt smooching. So, here we are!

Speaking of The Bareknuckle Bastards… for those who may not be in the loop, what’s the basic premise?

Sarah: Three half-brothers, sons of a duke, are thrown together by their monstrous father to compete for his dukedom. One wins name and fortune at the expense of the others, who have no choice but to escape. They land in Covent Garden, London, where they fight their way up from the gutter and become notorious smugglers and kings of London’s dark corners — heroes to some and villains to others… and then they lose their hearts.

I don’t know if this is supposed to be a secret ala the twist in your Rules of Scoundrels series, but one of your BkBs is a woman! And I love her. What made you decide to have Grace be the fourth Bareknuckle Bastard, and were there any pop culture or historical influences there?

Sarah: It’s not a secret once you’ve read the book! It will come as no surprise that I like heroines-as-heroes… and I like it when the most powerful person in the room is a woman. I don’t know if the decision to make Grace a Bastard was intentional or just very, very, on-brand, but here we are! This is most definitely a nod to Harlots as well as to Magic Mike XXL (Grace runs a high-class brothel for women). She’s named for Grace O’Malley, the Irish pirate who went up against Elizabeth I, but her romance is a little less historical. I’ve always wanted to write the happily-ever-after version of the first five minutes of The Saint — the Val Kilmer version — and I think she and Ewan are more than a little that. (But don’t hold me to it…I’m not writing that book yet!) 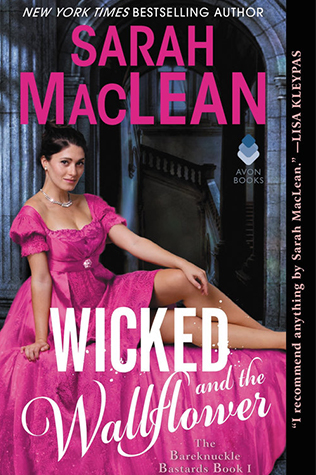 One thing I really enjoyed about Wicked and the Wallflower is how you’d think class and power dynamics are what would keep wicked Devil and wallflower Felicity Faircloth apart, but that’s not their big hurdle. Was that a deliberate choice on your part?

Sarah: Most of my books linger on the question of self-worth. I routinely write heroes and heroines who doubt their value for one reason or another (I’m not sure what that says about my core story!) — but I’m never really interested in the outward trappings of worth. I’m much more curious about the way those trappings can often make for questionable self-worth. In Wicked and the Wallflower, Devil is a king. Immensely powerful, wealthy beyond measure, able to wield control on a whim. But he’s consumed with his past and how it poisons his worth. His heroine, Felicity, cares not a bit about his past. She’s too focused on the world he’s built, the incredible power it holds, and how she might become a partner in it — if only he’d let her. We are the sum of our past, and class, power, culture and society are a part of that, of course… but this is the story of two people coming to understand their own worth through each other’s eyes — class and power be damned.

Felicity picks locks. Devil is an ice smuggler. What is the geekiest thing you’ve uncovered while researching this new trilogy?

Sarah: I think the lock picking is cool! Isn’t it? Omg. I’m such a nerd, aren’t I? I do know way more about the ice trade than I need to, probably. And I’ve absolutely spent more time looking at tide-tables for the Thames than I should have. I know more about knots than any normal person should, frankly, and also I researched a whole lot about how roofs were tiled and structured in the 19th Century in London, despite literally no one caring about the roof tiles during any of the rooftop scenes. At least, I hope they weren’t caring about the roof tiles, or I wrote that sex scene absolutely wrong. Right now, I’m researching parts of a ship — despite no one sailing anywhere in Whit’s book — and who knows what else will find its way into it!

Thank you so much for chatting with me about all of this! To wrap things up, can you give viewers and readers some quick reasons to catch up on Harlots and read Wicked and the Wallflower this summer?

Sarah: Both Harlots and Wicked and the Wallflower are about women who know their own desires, and are willing to do whatever it takes to achieve them. There’s murder in one, marriage in the other, and mayhem in both… and I hope they’re equally rewarding!