Sarah Watson: “I think we have a powerful young generation right now.” 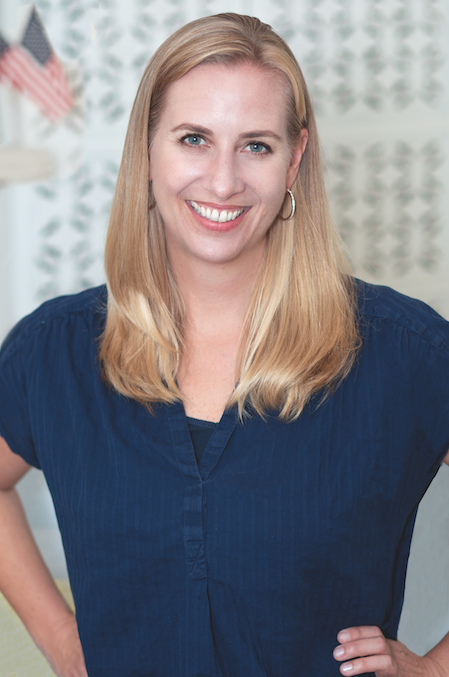 [Note From Frolic: Our resident YA expert Aurora Dominguez got the opportunity to interview author Sarah Watson and ask her five(ish) questions. Sarah’s novel ‘Most Likely‘ is out now!] 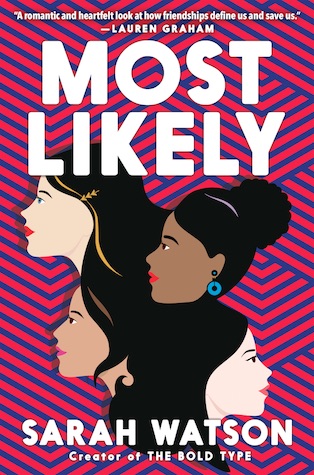 Aurora: What was your inspiration behind Most Likely?

Sarah Watson: The simple answer is the 2016 election. I really thought we were about to elect our first female president. When that didn’t happen, I started wondering who the first woman would be. What qualities would she have? What would she be like? At the same time that I was thinking about all this, I was training for a marathon with a couple of friends–we’d run many together over the years. As we ran mile after mile and talked and talked, I realized how much my friends have pushed me over the years. I mean that in the best possible way. They’ve made me better and I can say unequivocally that I am who I am because of them. Our female friendships shape us in such a profound way that I’m certain that our first female president–whoever she may be–will owe a huge debt of gratitude to her girlfriends. Most Likely is all about that.

There’s a little bit of me in all four of the girls, but I’m a CJ for sure. I was always the tallest. I was always trying to change the world. And my SAT scores sucked.

I think we have a powerful young generation right now. I have been so inspired by Gen Z and how they’re using their voices to call for change. We’re living through tumultuous times, but even in that I see a tremendous amount of optimism. People want to see their hopes and ambitions reflected in what they read.

Most Likely follows four best friends during their senior year of high school. But we know something that they don’t—one of them is going to grow up to be the president of the United States. Which girl it will be is a mystery until the very end. We follow their struggles and triumphs as they deal with college applications and SATs and mental illness and identity and romance. They face all of it together.

Senior year is such a uniquely intense time of life. You’re in that murky place between childhood and womanhood. You’re making huge decisions about where you’ll go next and starting to think about the kind of person you want to be—no pressure. This is a story about a group of close friends facing all of that together and how their journey shapes one of them into the kind of woman who will one day sit in the Oval Office.

I don’t know! Which is both completely terrifying and totally exciting. I have some ideas–one of which is very ambitious–so we’ll see. I’m also a television writer and I just had a pilot picked up by Fox that I’m really excited about. I’m doing the show with Steven Spielberg and Richard Donner and pitching the idea to them was beyond anything I could ever dream. I wrote Most Likely as a love letter to female friendship. The pilot I’m shooting is a love letter to moviemaking and dreams. So whatever I do next, expect it to be a love letter to something.

I could never pick just one! In the YA space, I’m obsessed with Robin Benway. Taylor Jenkins Reid is incredible. Both have strong voices and really clever dialogue. I’m a sucker for that. I recently re-read one of Joan Didion’s essay collections. I read her for the first time in college and it was interesting to see how my experience reading her work was so different this time around. The essays hadn’t changed. But I had.

Sarah Watson is the creator of the hit TV series The Bold Type, which the New York Times described as “Sex and the Single Girl for millennials.” Previously she was a writer and executive producer of the critically acclaimed NBC drama Parenthood. She lives in Santa Monica, California. Most Likely is her debut novel.

Aurora Dominguez is a high school English teacher, college professor and journalist in South Florida. Her work has appeared in The Miami Herald, Where Magazine and J-14 Magazine, all places where she worked as a writer and editor before going from the newsroom to the classroom. Her favorite days are "Caturdays," which she spends with a good book, her husband, Sebastian, and her cat, Luna. Her motto when it comes to reading: "No book left behind!"
All Posts
PrevPreviousDaily Frolic: Cute Gifts to Send to Your Friends
NextA Love Letter to Rosa SalazarNext