Say it in a Song: Writing Lessons From Country Music 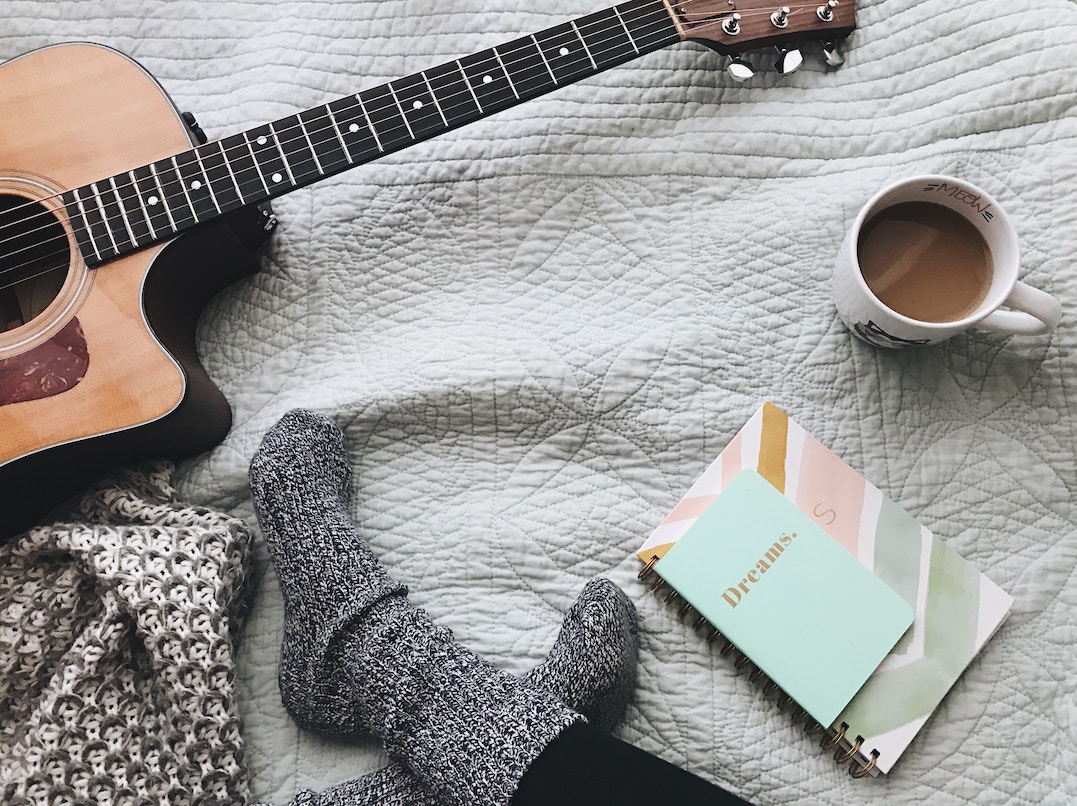 When I started writing a book series centered around country musicians in Nashville, I did not expect to gain a new appreciation for the musical genre—the music, the artistry, the emotional pull of a country tune—that enriched the stories and the lives of my characters. But it wasn’t just the characters and their world that bled into my own reality; I also learned surprising things about craft and how to tell a tight, emotional story without a lot of fluff and filler. Country music is chock-full of storytelling songs, that is, lyrics that act as a narrative. A country song can tell a rich story in three minutes, and there is a lot any author can learn from that.

“Harper Valley PTA” (written by Tom C. Hall and famously performed by both Jeannie C. Riley and Dolly Parton) starts off with: “I want to tell you a story…” and then we’re told of a widowed mother shamed by the local small-town PTA for her short skirts and scandalous behavior, how this effects her daughter and how Ms. Johnson then lays the smack-down on the Harper Valley PTA hypocrites’ an entire story arc of hook, rising action, climax, and resolution in a mere three hundred and twenty four words. Similarly, “A Boy Named Sue” tells a tale of abandonment, ridicule, and revenge. In “The Devil Went Down to Georgia” we’re told about the time a soul-snatching Satan was thwarted by some killer fiddle playing. So how is it that a song can fit a story within such a limited space? And how does that storytelling style translate to novel writing?

Keep it simple: The age old advice is still kicking around for a reason. As a story unfolds, it’s tempting to pile on the ideas. We fall in love with new minor characters, new themes emerge, backstories get more complex, one idea spawns another spawns another spawns another… But doing too much can detract from the story. Country music songs illustrate how to pick one story thread and keep with it, instead of allowing the narrative to spiral out in infinite directions. In “Harper Valley PTA” we stick with Ms. Johnson’s journey; despite the title it’s not about the members of the PTA, it’s really about her.

Utilize metaphors and symbolism: Sometimes a story calls for lengthy descriptions and background exposition, but often using metaphors and symbolism can say a lot by saying something else. “A Boy Named Sue” tell us explicitly: “My daddy left home when I was three, didn’t leave much to ma and me.” and then uses imagery to flesh this out in only a few words: “Just this old guitar and an empty bottle of booze.” We can infer quite a bit about a man who left his wife and child with only an old guitar and empty booze bottle to remember him by without spending too much time dwelling on it.

Stick to a central theme: If plot is what the story is about, theme is what your story means. “The Devil Went Down To Georgia” uses a deal with devil motif, concerning itself with the morals and virtues of our fiddle-playing hero Johnny: By staying true to himself and his values, he defats the devil and retains his soul. Keeping a story’s central theme in mind gives it complexity without adding more baggage to the plot.

Watch filler words: We all have our favorites that we seem to use like an uncontrollable writer’s tick. I overuse “just” and in a recent editing pass had to remove a character “hopping down” from something every other scene she was in. If you’re writing a story that needs to be told in the length of a single song, you’re going to watch those filler words. Similarly, in writing a book it’s important to pay attention the words that (just) don’t need to be there.

Portray human experiences. If a story speaks to a universal human experience, then you can count on a built-in reader response. Maybe not everyone has been publicly shamed by a small-town PTA, but we can all relate to not fitting in. We haven’t all been abandoned by a cruel father,  but certainly can understand the feeling of left behind or unwanted. And maybe we haven’t actually had to battle the devil via fiddle show-down to save our mortal souls, but certainly we’ve all wrestled with moral dilemmas a time or two.

Of course I’m not a song writer, despite creating county music singer-songwriter characters. I got help from an actual songwriter for the songs I created in the books, and it takes me quite a bit a longer than a few dozen stanzas to weave a cohesive tale. But I do think trying my hand at songwriting and immersing myself in the word of someone who does has made me a better writer. If nothing else, it helped me to think about what I’m saying, how I’m saying, and how long it takes me to get there. 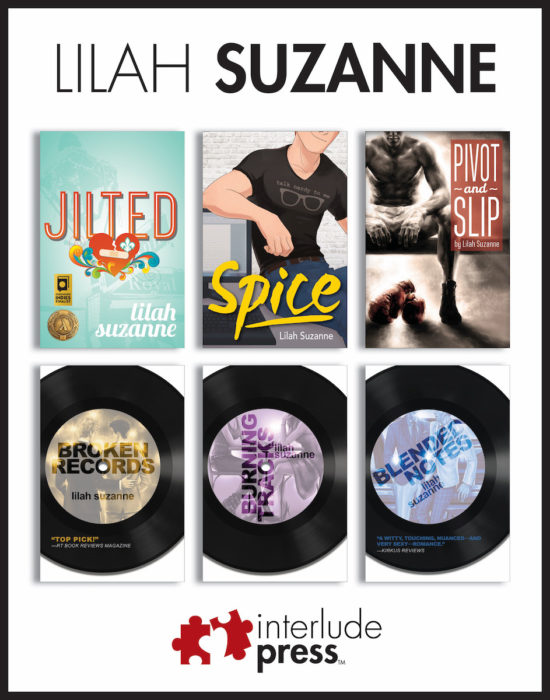 Just in time for your summer TBR List!  Lilah Suzanne’s sweet and sexy series about finding love in unexpected places when a Nashville superstar falls for a Hollywood stylist—THE SPOTLIGHT SERIES.

The Spotlight Series Boxed Set is the complete series with exclusive new “B-sides,” short stories featuring popular characters from the Spotlight Series universe—all available at a discounted series price of $8.99 at your favorite digital retailers.

Included in the set:

BROKEN RECORDS: Los Angeles-based stylist Nico Takahashi loves his job—or at least, he used to. Feeling fed up and exhausted from the cutthroat, gossip-fueled business of Hollywood, Nico daydreams about packing it all in and leaving for good. So when Grady Dawson—sexy country music star and rumored playboy—asks Nico to style him, Nico is reluctant. But after styling a career-changing photo shoot, Nico follows Grady to Nashville where he finds it increasingly difficult to resist Grady’s charms. Can Nico make his peace with show business and all its trappings, or will Grady’s public persona get in their way of their private attraction to each other?

BURNING TRACKS: Gwen Pasternak’s got it all. Or so it seems…
In the sequel to RT Book Reviews’ Top Pick Broken Records, Gwen’s life looks perfect: She has a job she loves as stylist to the stars; a beautiful wife, Flora; and a house in the heart of Nashville. But the more she works alongside country music’s dynamic princess Clementine Campbell, the less Gwen is certain of her commitment to a life of domestic bliss.
Meanwhile, her business partner Nico Takahashi is happily settled down with reformed bad-boy musician Grady Dawson. But when Nico questions the permanence of their relationship, Grady retreats into some dangerous old habits. Will Gwen ruin the life she’s built with Flora for something new and exhilarating? Can Grady be convinced of Nico’s devotion before it’s too late? Burning Tracks is a story of tough choices, taking risks, and the pressures of living life in the spotlight.

BLENDED NOTES: Grady Dawson’s future looks bright. He’s at the top of his country music career, has a close-knit group of friends who have become his Nashville family, and has found solid ground in his personal life as he plans his intimate, private wedding with Nico, his stylist-turned-lover, turned love of his life. It seems Grady has finally left his difficult childhood and tumultuous youth behind. That is, until his past shows up on his doorstep, news of his upcoming nuptials is leaked to the media, and his record company levels demands that challenge his integrity as an artist and as a person. The foundation of Grady’s new life begins to crumble, and fast. Will he be forced to make the ultimate choice between a private life with Nico and the public demands of his career? 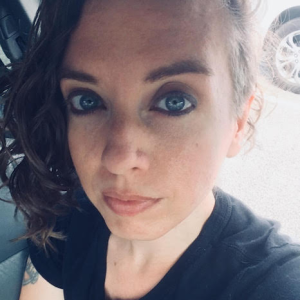 Lilah Suzanne is a queer author of Amazon bestseller Broken Records, part of the Spotlight series along with Burning Tracks and Blended Notes. Lilah also authored Spice, the novellas Pivot & Slip and After the Sunset, and the short story Halfway Home, which was featured in the holiday anthology If the Fates Allow. A writer from a young age, Lilah resides in North Carolina and mostly enjoys staying indoors, though sometimes ventures out for concerts, museum visits, and quiet walks in the woods.
All Posts
PrevPreviousMy Obsession with Whip-Smart, Sexy, Enormously Satisfying Rom-Coms By Jessica Peterson
NextTrope Rec Tuesday: Romances For The Gods of DeathNext