Seasoned Romance on my Radar for October 2019

Every month the number of seasoned romance books on my radar grows and grows! It’s an exciting time for folks that want to read more mature characters. Since it is October, it stands to reason that many of the books listed this month have Christmas on their mind! Just like the aisle of Target, Christmas rears its jingle bells a bit early in the world of publishing so gird your festive loins! 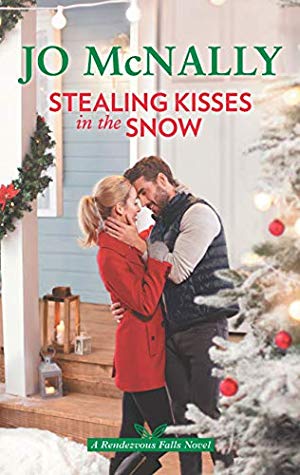 Stealing Kisses in the Snow by Jo McNally

This is the second book in McNally’s Rendezvous Falls series. I’m enjoying this series very much. Each book gives us a story within a story. We have our main characters of course, and then we have our secondary characters, a group of what I affectionately refer to as the senior POV. In Stealing Kisses, 80-year old Iris Taggert’s book club is at it again with their matchmaking efforts. Her 40-year-old son, Logan is in town helping her get back on her feet. He’s a bit of a gruff nomad with, well, let’s call it “setting down roots” issues. Piper Montgomery is a busy, widowed single mom of two adorable kids.

McNally does a beautiful job layering in Piper’s emotional challenges. The death of her husband is handled with care, as is her struggle to come to terms with the possibility of finding love again. Piper and Logan are polar opposites but we all know the adage of how well opposites attract! Stealing Kisses in the Snow releases on October 29th. 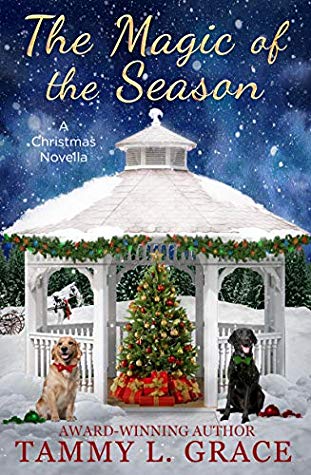 The Magic of the Season by Tammy L. Grace

This is the second novella in Grace’s Christmas in Silver Falls series. A delightful read that brings city girl, Madison back home to her very, very small town of Silver Falls. Madison left Silver Falls when she headed off to college and never looked back. She thinks she has everything she’s ever dreamed of but when she returns home to keep the family candy shop afloat, during its busy season, while her injured mother recuperates in a hospital in the next city over; Madison realizes she’s missed out on a lot in life.

Grant grew up with Madison and when she left, she took a little piece of his heart with her. Now that’s she’s back, Grant is finally ready to shoot his shot! He is sweet, handsome and downright charming and by golly, Madison doesn’t want to be intrigued but she certainly is. Sometimes you can go home. The Magic of the Season releases October 24th. 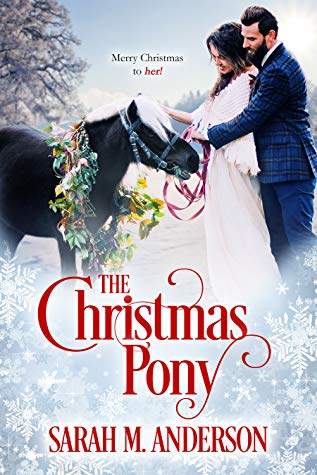 I told you guys Christmas was filling up my radar! According to author Sarah M. Anderson, The Christmas Pony is somewhat based on a real life, you can’t make this stuff up, meet cute. Anderson has a friend that actually had a pony arrive on her doorstep eight years ago!

In the book, our heroine is 50-year-old Alice, a teacher who is the recipient of aforementioned pony. Kirk is the 40-year-old handsome Animal Control Officer sent to investigate the situation. Sparks fly, ugly sweater parties happen, the mystery of the pony leads to more questions, and maybe, love blossoms. The Christmas Pony is out now and it will leave you with heart eyes and a contented smile.

The Life She Deserves by Maggie Christensen is out now. It is the first book in her Granite Springs series set in a small Australian town. Jo is divorced, Col is a widower and they have been friends for a very long time. This friends to lovers story follows along as they comfort each other in their common grief and explore the possibilities of a new level to their relationship.

My Forever Plus One by Shannyn Schroeder is the third book in the Daring Divorcees series. Each book can be read as a standalone and this one is out now. Evelyn and Owen are best friends. She has a successful career as a TV producer and he is a Chicago firefighter. On the outside it looks like Evelyn has it all, what she’s missing is sex. Well, not just sex, although that is sorely lacking, she’s missing the romantic connection that can come with a good roll in the hay. Is taking their relationship to the next level worth the possibility of screwing up something that has been so good for so long?

Blood Will Tell by Pamela Gibson is an engaging second chance romance/mystery combo platter of seasoned romance goodness. Police Chief Meg is on the hunt for a prominent citizen’s killer. All clues seem to point at his nephew, Cabot. Cabot hated his uncle but swears he didn’t kill him. To add insult to injury, Cabot is also the fella that left Meg at the alter years ago. Blood Will Tell is out now.

Always Love Me by Zoey Derrick is out now. Skylar and Dirk have a shared teenaged history that ended with a trauma that left Skylar an orphan. She made the difficult decision to leave Seattle behind forever; and Dirk, too. The two reunite twelve years later in NYC. Skylar is a successful CEO and Dirk is there on business. This second chance romance is filled with hard truths, revelations and a resolution that can heal your heart.

Christmas Under the Tuscan Stars by Susan Haught releases on October 29th. Buon Natale we are back on the Christmas tip! Ryleigh is in her 40’s and very much set in her Christmas traditions. But, if anything will make you step outside of your tradition zone, a trip to Tuscany with your new man will do the trick! Logan’s resort business needs his attention in Tuscany, over Christmas…okay, twist my arm, I’m in! When a little boy ends up on the steps of the villa they are restoring, a mystery changes the course of, well, everything.

Remember Christmas by Jill Haymaker is the fourth book in her Aspen Ridge series. It is set in the Aspen Assisted Living facility. Grace Decker loses a little more of herself with every passing moment. She’s been in the facility since her husband died. Former rodeo star Albert Stanley is six months into his new residence and he is not happy about it one bit. There isn’t a horse in sight! Can a Christmas miracle help these two wayward souls realize you’re never too old to fall in love?

Veiled Blessings by Melissa Bennett is a Christian romance that releases October 29th. Widow Katie has mourned the sudden death of her husband for a while now. Jackson Sinclair is the new doctor in town. Jackson knows he wants to see more of Katie but her dead husband, and maybe something from his past, haunts their burgeoning relationship.

Love in Due Time by LB Dunbar is the first book in Penny Reid’s Book Universe: the Green Valley Library series. Naomi Winters is closing in on forty and she’s had sex a grand total of one time. Nathan Ryder is that one time and frankly, even though his persona as rule breaker, bad boy biker implies otherwise, much like Naomi, he has never gotten over that night all those years ago. He’s back in town and she’s riding shotgun in the forefront of his mind! This book releases October 22nd.

A Moment in Time by Josie Kerr is the third book in her Give Me Shelter series. Ben “Gunny” Anderson retired from the Marines after twenty years of service. He and his buddies are keeping themselves busy stateside renovating houses while they figure out what to do next. Lindsay Beaujardin is in Atlanta looking for a fresh start…one that starts with a three day fling with a handsome retired Marine. When their paths cross again, they learn it only takes a moment in time to change the course of fate.

3 thoughts on “Seasoned Romance on my Radar for October 2019”

Donna Soluri started in the book world as Scandalicious; now, this almost empty nester is going her own way. A lover of cupcakes, champagne, old-school rap, and Harry Styles she likes to read books with characters closer to her age still romancing and kissing and causing trouble.
All Posts
PrevPreviousDaily Frolic: Barbie’s Dream House is on Airbnb and it’s INSANE
Next5 Reasons Audiobooks are Great for Working MomsNext