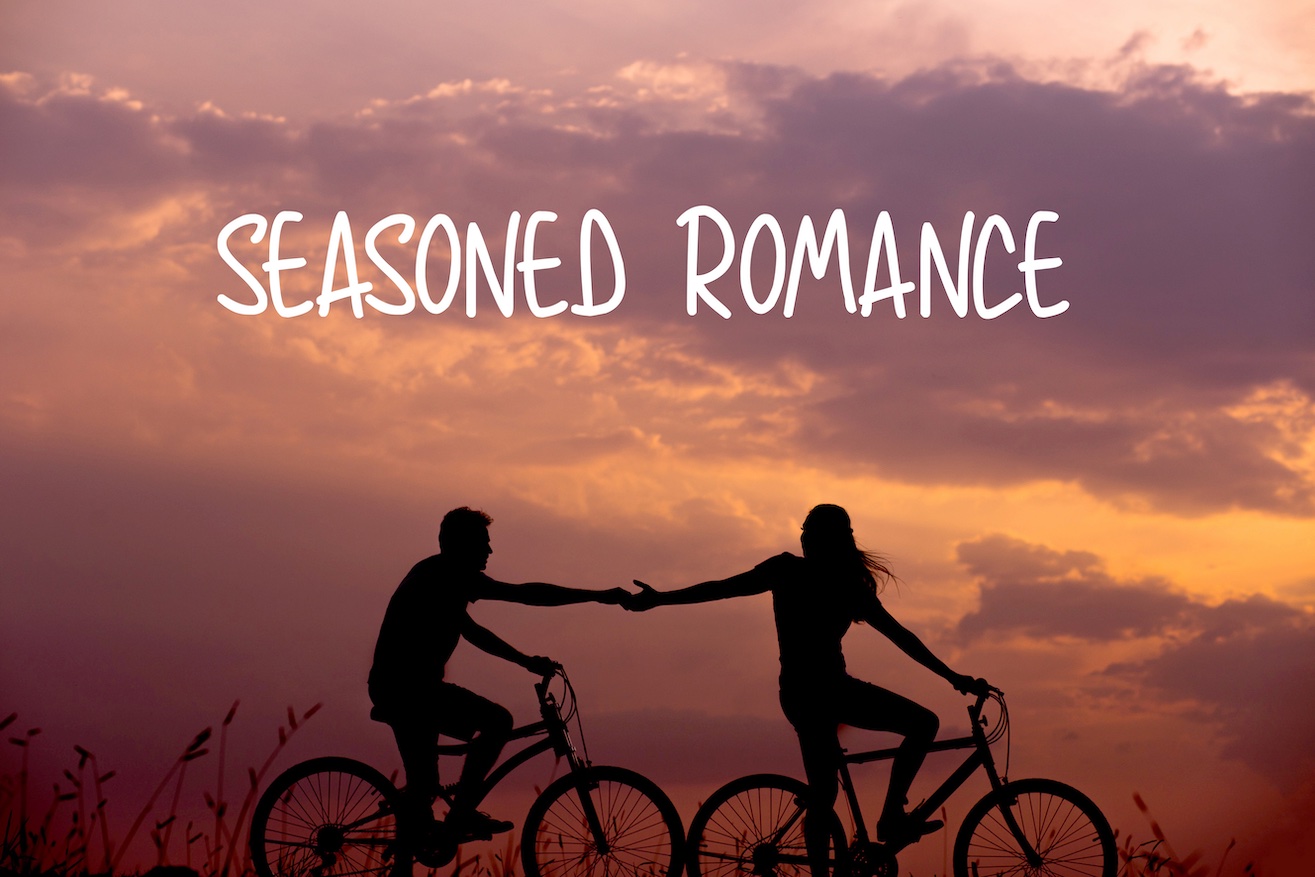 My tireless pursuit of finding and sharing seasoned romances with you guys lead me to a new to me author, Jacqueline Diamond. She and I had a lovely conversation and I asked her to tell me about her writing journey. Jacqueline and her critique group are working on a new series and folks over fifty have a staring role! Since I turned fifty recently, she clearly had me at hello. Take a moment to read how she and her writing friends decided to write a series that highlights an often overlooked population in the world of romance. 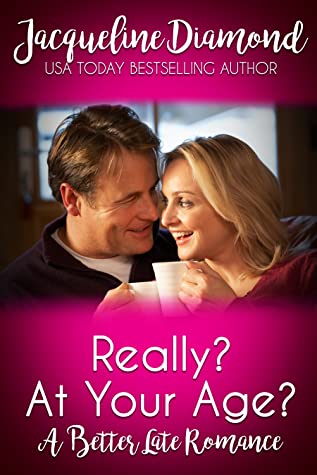 Donna: There’s a lot of buzz about readers wanting more seasoned romances. You know, heroes and heroines over 50. Why don’t we write some of them?

Jacqueline Diamond: I wish I could tell you for certain which member of my critique group said that, or in exactly what words, but that’s the gist of it. The group, Orange County Fictionaires, is more than half a century old (none of the original members are still around, though), and there are about 20 active members, all of whom are professional writers.

About half the members expressed interest, and we quickly bubbled over with ideas. We were excited to write for a readership that was hungry for these stories, and to tell about relationships among couples closer to our own ages. Yet we all believe that readers of any age will respond to vivid writing, heartfelt stories and memorable characters.

While some of us are veteran romance novelists (I wrote for Harlequin for many years), others specialized in mystery, women’s fiction, and TV and film writing. Many are award-winning authors.

Soon, we were lighting up our informal email loop with suggestions—occasionally contradictory ones. Having participated in group projects similar to this for Harlequin, I figured organizing it would be fairly simple. Hardly! So many choices and parameters and, let’s face it, personalities.

What would our books have in common? How long would they be? Where would they take place? Would they include sex and bad language? To what extent would our plots overlap? What would our series be named, since so many good names were already taken?

If we’d been charged by the word for our emails, we’d all be broke by now. It took some time. And pummeling our notions into shape began to feel like that cliché about herding cats.

Along the way, nearly half the participants dropped out due to other commitments, although one of them later rejoined us. Luckily, we’re all still friends and still part of the critique group, which has heard and commented on many of the chapters in progress.

Eventually, we held an in-person meeting at a restaurant and hammered out the rules. Our decisions: All books would be contemporary romantic comedies, without on-page sex or bad language. Our series—not numbered, since the books don’t have to be read in order—would be called Better Late, and set in a Southern California town called Rancho Allegro, for which we invited a fun history.

There are some shared events, including an earthquake, and we worked out a rough idea of how the town is laid out. The street names have a Four Seasons and musical theme, since an early resident claimed to be related to the composer Vivaldi. We were going to make him a descendant until we found out that Vivaldi had no children.

I think it’s impressive how cooperative everyone was, and how we all contributed. And the books that have been published so far, I believe, are truly enjoyable.

They are: My Trashy Romance, featuring a garbage collector hero, by TV writer Terry Black; Half-Baked, about a pair of rival bakery shop owners, by multi-published Kristy Tate (who also writes under the pen name Eloise Alden), and Her Last Mission, a clever romance with a twist, by Michelle Knowlden.

In my novel Really? At Your Age?, the quake forces Dr. Cody Matchett and attorney Ben Wright to rethink their life choices. These include their long-simmering attraction, and the fate of half a dozen frozen embryos.

Working out a publication schedule, roughly every two to three weeks, was tricky. Life kept intervening, and self-imposed deadlines had to be postponed. But as professional writers, we got it together. Three of the books were published by early July and mine, posted for preorder in late June, has a publication date of July 16.

Two more books are in the pipeline for publication between the end of July and the end of August (subject to change). They are Where You Go, I Go by Beth Black, and Little Star by Michael H. Payne.

Each of us agreed to self-publish our own book, initially on Amazon, with a starting price of 99 cents. And we’re at liberty to write more books under the Better Late label. Kristy Tate is working on a Christmas novella, and I’m planning to develop two more books, each focusing on one of my heroine’s sisters.

We’ve established a Better Late page on Facebook and a page on my website. We’re all spreading the word as best we can, and have been thrilled at the positive response.

There was even a mention of possible TV interest. We’ll happily entertain all offers!

Donna Soluri started in the book world as Scandalicious; now, this almost empty nester is going her own way. A lover of cupcakes, champagne, old-school rap, and Harry Styles she likes to read books with characters closer to her age still romancing and kissing and causing trouble.
All Posts
PrevPreviousIt’s Romance Fantasy Month! Must-Read Romance Webcomics
NextPeriod Dramas to Stream this SummerNext