Sherri L. Smith: “You could sit quietly with either of these kids and not feel alone.” 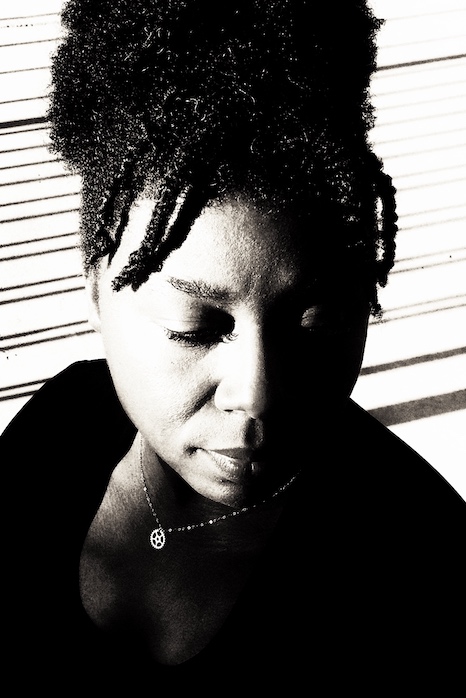 [Note From Frolic: Our resident YA expert Aurora Dominguez got the opportunity to interview author Sherri L. Smith and ask her five(ish) questions. Sherri’s novel ‘The Blossom and the Firefly‘ is out now!] 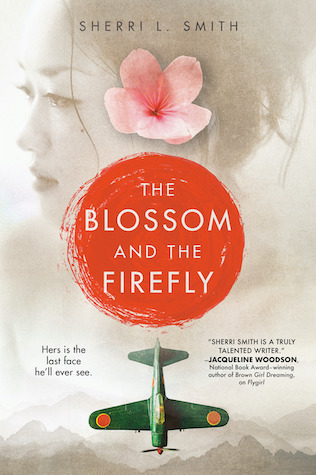 Sherri L. Smith: The Blossom and the Firefly was inspired by a grainy black and white photograph I came across online.  It shows a row of Japanese school girls in little middy tops, holding cherry blossom branches in one arm and waving at a fighter plane as it taxis down the runway.  The article that accompanied the photo was about the Chiran Peace Museum in Southern Japan, which is devoted to the memory of the kamikaze pilots who flew suicide missions in World War II.  What the heck did these school kids have to do with special attack pilots?  I just had to know more.

It’s rare for me to relate entirely with one character over another.  Instead, there are elements in each character that feel personal to me.  In this case, the main characters are Hana, a junior high school girl assigned as a servant to the kamikaze pilots in their final days, and Taro, one of the boy pilots.  (I say boy pilots because some of them were indeed boys, still in their mid-teens.)  Hana has been injured in a bombing and there is a numbness to her that is familiar— the way grief or trauma can turn the everyday business of living into drudgery.  Taro is almost her opposite.  He has such hope, he’s the kind of person you lean into and hope he likes you.  You could sit quietly with either of these kids and not feel alone.  And if you managed to not be quiet, but to laugh and be silly, that would be even better.

I don’t think that’s a new phenomenon.  As a species, we’ve always turned to stories to understand each other and ourselves.  Sometimes a character feels like someone you’d know, or someone you’d like to be.  And their actions can show you a path forward.  Or they can be a companion in the now.  Great books, especially for young people, can serve as both friend and mentor.  Who couldn’t use that?

The Blossom and the Firefly is a love story set in World War II Japan.  As mentioned earlier, it’s about a boy named Taro who is a musician and a pilot, who ends up volunteering as a kamikaze suicide pilot; and a girl named Hana, a music lover, whose junior high school class are assigned as maids to kamikaze pilots before their final missions.  She’s based on the real Nadeshiko Tai (unit) girls in Chiran, Japan, who served the pilots their meals, made their beds, did their laundry and, as a final duty, lined the runway to wave goodbye.  It’s a heartbreaking piece of history.  As I said, by the end of the war these pilots were as young as 17.  They were known as “fireflies” because of their brief lives.  And Hana, which means “flower,” is the blossom in the title.  Additionally, “nadeshiko” is a type of flower that shares its name with the term for the Japanese feminine ideal.  But neither Taro nor Hana are models of stoicism.  They’re kids trying to survive and serve their country.  And then they find one another.  So, as far as what to expect, there’s a lot of history, aviation, music, small town life in World War II Japan, and a romance that can only last eight days.  In other words, bring a handkerchief.  I know I needed one!

What’s next is a complicated question!  I’ve got another novel in the works.  This one is a contemporary speculative piece that I can’t say too much about just yet.  I’m also working on a couple of nonfiction projects—one about the Harlem Renaissance and another about aviators.  It feels very Hollywood to stay mum about things, but it’s the early stages.  As my freshman high school English teacher used to say, “If it comes out of your mouth, it won’t come out on the page.”  I stand by that sage piece of advice!

What an excellent question!  Unfortunately, I’ve had my nose in so many research books lately that I’ve not done much of a deep dive into a single writer this year.  That said, I recently read The Memory Police by Yoko Ogawa.  It’s a disturbingly peaceful novel set on an island where things disappear, quite literally out of sight and mind, at the behest of the totalitarian Memory Police.  It’s so quietly, matter-of-factly told in the minutiae of daily life that it kind of sneaks up on you.  Rather than raging like Orwell or Zamyatin, this feels almost like reading a cozy.  It’s a great book for wintertime!  I’m looking forward to diving into more of her work.

Aurora Dominguez is a high school English teacher, college professor and journalist in South Florida. Her work has appeared in The Miami Herald, Where Magazine and J-14 Magazine, all places where she worked as a writer and editor before going from the newsroom to the classroom. Her favorite days are "Caturdays," which she spends with a good book, her husband, Sebastian, and her cat, Luna. Her motto when it comes to reading: "No book left behind!"
All Posts
PrevPreviousFrolic Podcast Network Weekly Wrap-up: Love Interests, Summer Reading and More!
NextLove YA: Top 3 Y.A. Reads for the Week of August 18thNext