Should You Try This Scene At Home? Erotica Author Elia Winters Tackles Threesomes

Halfway through the book, though, I thought, Damn. Now I want to try this. And thus began my foray into threesomes.

After you’ve had those important pre-threesome conversations, though, you get to turn that fantasy into reality.

When you put three people in bed, you’re suddenly dealing with a lot of moving parts. Not just logistically, with all the planning and forethought, but literally: there are a lot of arms and legs between three people! It’s not going to be as graceful and beautiful as in the movies.

In reality? You’re more likely to end up tangled up in bedsheets and other people’s clothing.

That’s part of the experience, though. Don’t expect movie-quality perfection, and you won’t be disappointed.

I was pretty nervous about fooling around with another woman for the first time. You or your partner might be in the same boat as me, if you’re bringing someone to bed who is of a different gender than you’re used to. Be open to trying something new! I learned that somebody else might be anatomically the same as me, but respond to totally different stimulation. I loved figuring out her likes, her sweet spots, the details of her body, and I loved having her figure out mine.

We are all giant nerds, so we looked at it like a science experiment (but a really sexy science experiment). We kept testing different techniques and analyzing the results. “What happens when I do this? What about this?” is way more fun in bed than in chemistry class.

Even with all those hands and mouths, everybody might not be involved in the action at the same time. We tend to have sex with just one other person, so putting somebody new into that equation is complicated. Where do they go? What do they do? You might want to try out some really wild three-person positions, or maybe you want to take turns. Just don’t let somebody get left out in the cold!

Okay, so… I had also been a bit nervous going into this whole experiment about seeing my partner with someone else. What would it be like? Would I feel left out? What happened if I got jealous? Over the course of many threesomes, I got jealous sometimes. It’s okay. Jealousy is just a feeling, and just because you’re jealous doesn’t mean there’s something wrong with you or your partner. Use jealousy as a way to help you realize what you want, and then ask for it. After all, you’ve got two people in bed with you to help you get what you want. 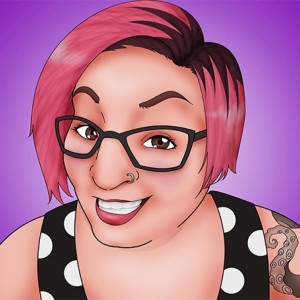