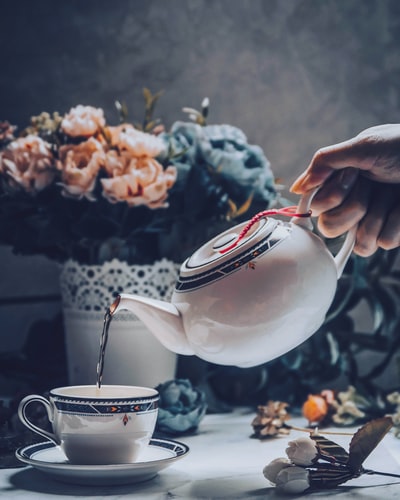 [Note from Frolic: We’re so excited to have author Caroline George posting on the site today. She’s talking all things Jane Austen. Take it away, Caroline!]

In a world where social distancing is fast becoming the norm, book trends indicate that young readers are craving contact. The ongoing love of all things Jane makes me wonder if YA readers are trying to tell us something. Is it time for the world to slow down and reconnect to romance?

Although people may be ready for more face-to-face interaction, social media laid the framework for this renaissance. Platforms such as TikTok and Instagram connect booklovers from around the globe, many of whom fit the Millennial and Gen Z demographics. Virtual literary communities flourish, yielding billions of posts, book sales, and interest in classic writers, especially Jane Austen.

Instagram houses the famous hashtag #bookstagram and countless accounts dedicated to Austen. Its meme culture and strong dialogue between users foster not only a renewed fascination with and readership of classics, but a genuine obsession with the Regency era. Some Austen-focused accounts include @janeaustenhumor, @classicjaneausten, and @janeaustenfan.

Another social media hashtag responsible for the popularity of Austen among young readers is #cottagecore, an aesthetic and coterie known for its emphasis on cozy dwellings, simplicity, and romanticism. Think vintage dresses, candlesticks on windowpanes, and letters written with an ink-dipped pen. #Cottagecore has also become popular on TikTok, where users post videos of themselves doing activities that would appeal to an Austen heroine.

The literary presence on social media causes a new mentality to blossom within modern audiences. For the first time in years, droves of young readers want to experience Austen’s novels, eager for what the books offer—a step into a #cottagecore-esque world where gentlemen in tailcoats say, “I’m ardently yours.”

TikTok garners a vibrant literary community. Readers post videos ranging from book reviews to cosplays to POVs, in which they create scenarios with beloved characters. The visual component fosters a deeper love for books and their fandoms. Austen’s novels trend on hashtags #BookTok, #JaneAusten, and #PrideandPrejudice, which have billions of views. Users gush about their favorite Austen love interests. They sport Regency fashion and react to the 2005 film adaption of Pride & Prejudice.

Social media allows for the continuous spread of literature. However, film adaptions of Austen’s work and other classic novels trigger fresh buzz for historical dramas. Recent examples of Regency and literary adaptions include Emma (2020), Bridgerton (Christmas day 2020), along with other viral films such as Little Women (2019). November 2020, CW Network announced their plan to release modernized film adaptions of Jane Austen’s novels, the first being Pride & Prejudice.

No longer does Jane Austen reside solely on school reading lists. Young audiences draw her back into the cultural spotlight with social media, anticipated reads, and streaming queues. I believe this revival is more than Mr. Darcy’s hand-flexes. Young readers enjoy a courtship with Austen’s novels because they reflect what our society lacks — romanticism. A slow lifestyle full of handwritten letters and long walks.

Not to mention ballgowns and assembly rooms.

Austen’s initial readers were much like us. Sense & Sensibility released in 1811, only a few years after the Age of Enlightenment, an era known for its emphasis on science and logic. Then, Pride & Prejudice released two years later, garnering acclaim from readers who found Austen’s work a refreshing change of pace. Sound familiar?

Although some readers may not enjoy the literary style of Austen’s time, her novels are now available in modern language and various formats, allowing people to enjoy Austen’s stories without struggling to understand them.

Inspired by YA readers’ newfound interests, my latest novel Dearest Josephine explores personal connection on and off the page. Set on an estate in Northern England, this story has an Austen-feel weaving past and present, full of time-crossed couples, love letters, and men in tailcoats. If you want to fall in love with a 21st Century Mr. Darcy, then you’ll definitely fancy Dearest Josephine.

YA audiences recognize a need in our society, one for human connection apart from technology. Forget DMs and dating apps. They want authentic interactions. I believe Austen has gained popularity with Millennials and Gen Z’s because she provides a space for exploring relationships. Young adults with a prejudice for romance continue to read Austen’s novels because she gives them a place to fall in love.

Caroline George writes YA fiction, her latest release Dearest Josephine, an epistolary romance from HarperCollins. A Georgia native, Caroline aspires to one day host The Great British Baking Show and delights in being best known for writing the phrase, “Coffee first. Save the world later.” Find her on Instagram @authorcarolinegeorge and Twitter @CarolineGeorge_. 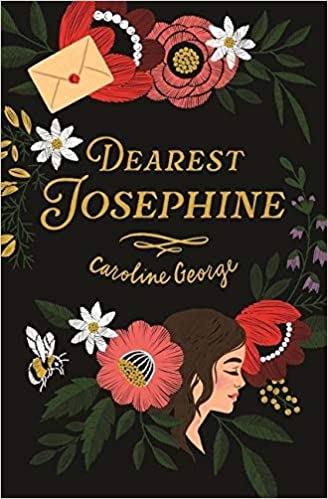 Love arrives at the most unexpected time . . .

1821: Elias Roch has ghastly luck with women. He met Josephine De Clare once and penned dozens of letters hoping to find her again.

2021: Josie De Clare has questionable taste in boyfriends. The last one nearly ruined her friendship with her best friend.

Now, in the wake of her father’s death, Josie finds Elias’s letters. Suddenly she’s falling in love with a guy who lived two hundred years ago. And star-crossed doesn’t even begin to cover it . . .

Where Romance and Pop Culture Live Happily Ever After.
All Posts
PrevPreviousExclusive: The Monarchs by Kass Morgan and Danielle Paige Cover Reveal
NextRomantic Suspense Roundup: Top Picks for January 2021Next