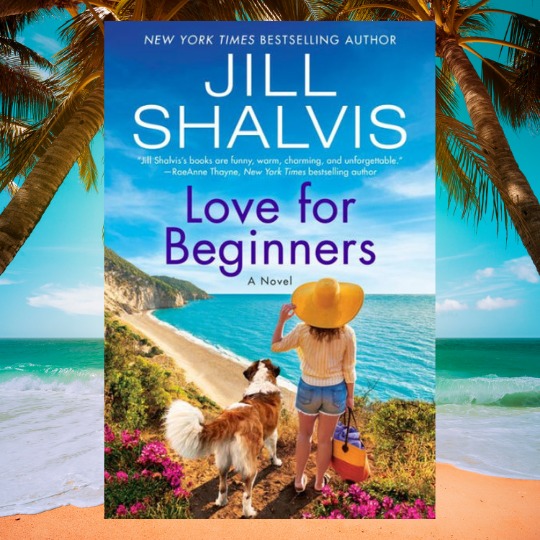 We are so excited to bring you this exclusive excerpt from Love for Beginners by Jill Shalvis! 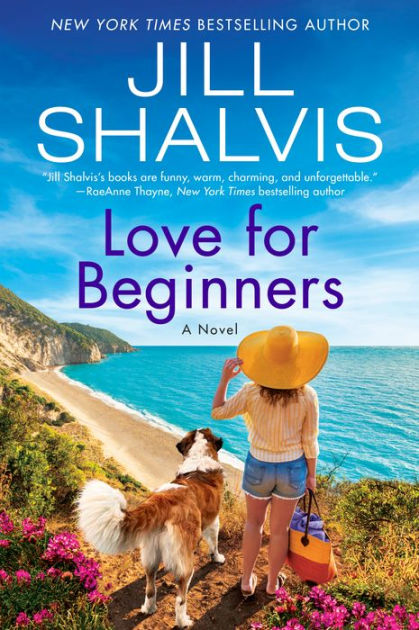 About Love for Beginners:

What would you change if you had to start your life—and love life—over again?

When Emma Harris wakes up from a coma she learns that her fiancé and her BFF have fallen in love, she’s lost her job, and the life she knew is gone. Overwhelmed but grateful to be alive she starts over from scratch. Not as easy as it sounds, of course. But she’s never been a quitter, even if she wishes she could quit rehab, where her hot but evil physical therapist, Simon, puts her through the wringer.

Eager for a new beginning, Emma opens a doggy day care. Unfortunately, the only space she can afford is owned by her childhood nemesis Ali Pratt. But hey, she’s been through worse, right? She tries to roll with the punches, but a friend drops his grandpa off at the doggy day care in desperation then on top of that, she and Ali bring the term ‘frenemies’ to a whole new level. And then another grandparent shows up. And another.

In the midst of all that, Emma realizes she’s accidentally fallen for Evil PT. But the most horrifying thing of all is that Ali just might have turned into the best friend she’s ever had. And as Emma grows from the pain of her past and takes on her new path, she comes to realize that life isn’t what you’re given, it’s what you make of it.

Sure, she had lingering aches and pains that she knew might never go away, but maybe that was her penance for surviving. Maybe it was supposed to hurt a little. Along that vein, in a moment of insanity earlier, she’d signed up for a 5K in the fall. Three months away. She told herself it wasn’t about proving to Simon that she was back to herself because she was fine and didn’t feel the need to prove that to anyone, even him.

It was about proving it to herself.

With that, she stepped out onto the roof and found the man himself on the love seat, head tipped to the sky, eyes closed. His button-down was a midnight blue, untucked, sleeves shoved up. He’d been shoving his fingers in his hair again. Between that and the roughness at his jaw, he looked disheveled, sexy, and dangerous as hell to both her heart and soul. Feelings stirred, affection and desire both in the lead and tied for first place.

A bottle of rum sat in front of him on the coffee table.

Emma walked over, but Simon didn’t say a word. She was trying to decide if he was asleep when he spoke without opening his eyes.

“You’re not out of breath.” His voice was low and deep like he’d been nearly asleep. “You’re doing better.”

She’d started getting up early in the mornings and walking. She told herself she was prepping for the 5K. She’d started with one square block, then slowly expanded. She was up to four blocks, which was exactly how far Jack Swanson lived from her.

But she’d not yet caught sight of him again. “If I’m doing better, it’s thanks to you.”

Simon shook his head, whether to say that he didn’t credit himself with her success, or he just didn’t need the thanks, she had no idea.

“I’m sorry about the other night,” he said.

Emma nodded, not that he could see it. “The only reason to be sorry is if you regret it, which in that case, I don’t think I want to know.”

He snagged her hand and pulled her down to sit beside him. “I’m not sorry for kissing you.” He gave her fingers a gentle squeeze until she looked at him. “Kissing you was . . .” He gave his head a little shake. “The best thing to happen to me in a damn long time.”

She smiled and he slowly smiled back. “You’re the highlight of my day, Emma.”

“Same.” She waited, hoping he’d make a move, or suggest they pick up where they’d left off the other night. Instead, he gestured to the bottle of rum in front of them. “Would you like a drink?”

“Rum makes my clothes fall off.”

This got her a slow and wistful smile, like he’d really enjoy seeing that, the stubborn, needlessly noble idiot.

New York Times and USA Today bestselling author Jill Shalvis writes warm, funny, sexy contemporary romances and women’s fiction. An Amazon, BN & iBooks bestseller, she’s also a two-time RITA winner and has more than 15 million copies of her books sold worldwide. Her most recent book, The Forever Girl, (Book 6 in The Wildstone Series) was released in January 2021. Shalvis lives with her family in a small town in the Sierras, and she frequently blogs about her city-girl-living-in-the-mountains adventures.

Where Romance and Pop Culture Live Happily Ever After.
All Posts
PrevPreviousSunday Brunch: A Chat with Authors Liselle Sambury and Scott Reintgen
NextDreaming of Summer by Wendy FrancisNext