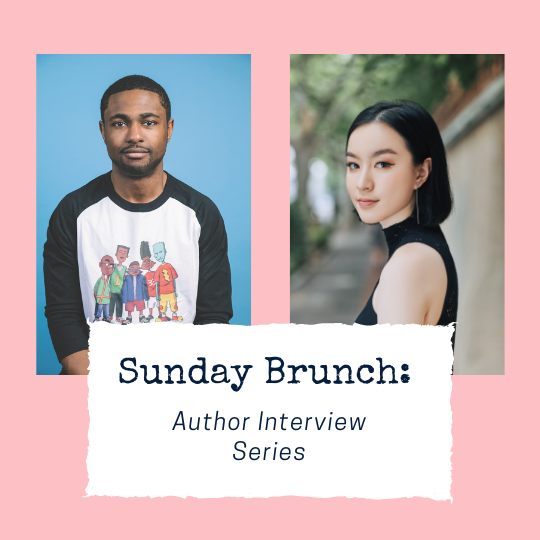 [Note from Frolic: Our resident YA expert Aurora got the opportunity to interview authors Ben Philippe and Chloe Gong and ask them 5(ish) questions apiece. First up, Ben Philippe!] 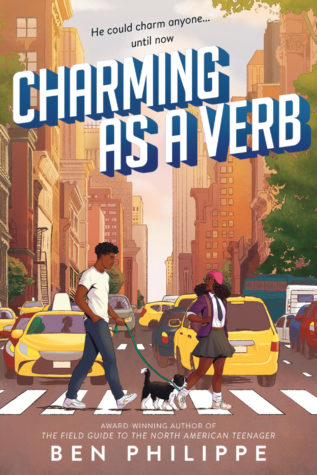 Ben Philippe: My old college admissions anxiety sums up a lot of it. I think I wanted to write about that specific powerless anxiety. (In the context of a fun rom-com!) The idea that if you mess up, if you don’t get the one envelope you’re been looking forward to, then it all falls apart. We put a lot on young people by building the system up that way. I say all that but truly no one wanted that acceptance letter more than me.

Probably the protagonist  Henri. I like Corinne Troy, the second half of the cover, a lot more but I think my personal character flaw (the only one, I assure you) is ‘greed’. I’ve wanted things — acceptance letters, job opportunities, book deals — badly enough to miss the forest for the trees before in my life. Never quite to the same extent as Henri, thank God, but enough to relate to it.

Ha! When you put it like that, it’s hard to make an argument for the alternative of weak and generic characters. I think the entire world is running out of patience for “neutrality” these days. I can only speak for myself as a reader but blank slate characters are no longer enough for me these days. I want to feel something for the characters I write or read. Even if it’s judgment or disappointment. I think those are powerful feelings to create on the page.

What’s the latest book you read?

Grown by Tiffany D. Jackson. Expect to feel like you’ve read a book that lives up to it’s amazing, amazing cover. And no neutral protagonist to be found. You’ll have feelings about the character of Korey Fields.

I really don’t know! My nonfiction memoir-ish book of essays, SURE, I’LL BE YOUR BLACK FRIEND by Harper Perrenial has been announced for April 2021…  Beyond there’s no other complete manuscript or unannounced book deal on the docket! I have to write the next one from scratch now.

I really want to write a well-crafted murder mystery. I love them and have been reading and doodling potential characters? That’s still years away but I would love to “pull it off.”

I honestly don’t have one… Well… hmm… Taylor Jenkins Reid is kind of genius. The Seven Husbands of Evelyn Hugo and Daisy Jones & The Six both sucked me in in such a fun way and back-to-back. I want to write like her when I grow up.

Authors are just liars who are good with adjectives. So, don’t trust the interviews, ha. Every story of an author talking about having done this effortlessly since Day 1, or writing at 5 AM every morning comes with an undisclosed series of rejections and tub of ice cream staring at a blank screen. We just don’t mention those. The only thing aspiring writers need is one ‘yes’, so keep going until you get that first ‘yes’. Please, please keep going.

Up next, Chloe Gong! 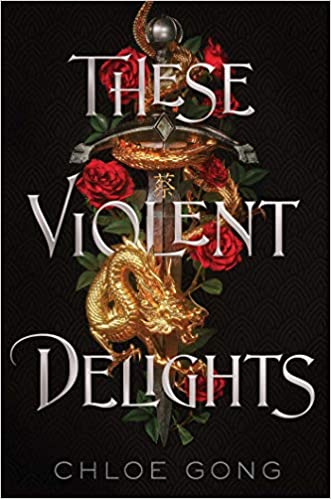 Chloe Gong: My novel is a Romeo & Juliet retelling, so of course the story is heavily Shakespearean inspired, but it is also my love letter to Old Shanghai, and the history of the city in the 1920s. I wanted to write about a blood feud, about the thin line between love and hate, and the more I thought about how this would play out, the true history of gangster-ruled Shanghai immediately jumped into my head, and voila. As soon as I put those components together, the inspiration was enough to pull the rest of pieces in!

It’s probably cliché to choose my own main character, because duh, that’s why she ended up being the main character, but Juliette. She’s nothing like me if we zoom in on personality, so there’s no self-insert business going on here, but her fears and her goals are all constructed from my experiences and so she’s the embodiment of the sort of character that I needed to see when I was a teen. I started writing mostly because I wasn’t seeing myself on the shelves no matter how much I adored some of the existing protagonists, so when I wrote, I wanted to fill in the gaps on what was missing.

I think we’re hitting a beautiful point in the evolution of young adult literature where characters—female characters especially—are allowed to be flawed and real, and it’s making for more gripping and entertaining stories. There was a time where characters would be slammed for being too physically powerful, and there was a time where characters would be slammed for not being physically powerful enough. I’ve been reading in this category of books since the late 2000s, so in these past few years, it’s fascinating to watch the industry shift around when trying to cater to the target audience. I was in the target audience of young adult literature only two years ago so I still think of myself as part of it, and right now, readers including myself desperately want to be able to hold characters close to our hearts and root for them to the end of the world, which powerful and relatable characters are capable of achieving.

These Violent Delights is a Romeo & Juliet retelling by way of The Godfather, set in 1920s gangster-ruled Shanghai. When mysterious deaths tear through the city, eighteen-year-old Juliette Cai, heir of the Scarlet Gang, must work with her first love-turned-enemy, Roma Montagov, heir of the White Flowers. Their two gangs have been locked in a blood feud for generations, but rumors whisper of a monster causing these deaths, and if Roma and Juliette cannot set aside their grievances to find the truth, then their beloved city will bear the cost. Readers can expect a glittering atmosphere, betrayal, and bloodshed.

I’m hard at work on the sequel to These Violent Delights, making sure this Romeo & Juliet duology finishes with a bang ;). After that, I’m planning to stick around in the Shakespeare retelling realm for some time. He has so many plays, I could be here for a while!

This question is so hard because I read so much and I have so many favorite writers. My immediate reaction right this moment is S.J. Kincaid, who wrote The Diabolic trilogy. I loved The Diabolic when I read it in high school and when the final book The Nemesis came out last month, I was so happy that the series only got better and took the story to whole new amazing heights. It’s a space sci-fi of sorts, about Nemesis, a girl created to be a weapon, and she’s one of my favorite heroines of all time.

Aurora Dominguez is a high school English teacher, college professor and journalist in South Florida. Her work has appeared in The Miami Herald, Where Magazine and J-14 Magazine, all places where she worked as a writer and editor before going from the newsroom to the classroom. Her favorite days are "Caturdays," which she spends with a good book, her husband, Sebastian, and her cat, Luna. Her motto when it comes to reading: "No book left behind!"
All Posts
PrevPreviousHow The Queen’s Gambit Made Chess Sexy
NextThe Three Best Mermaid Movies // Frolic Podcast of the Week: The Mermaid PodcastNext