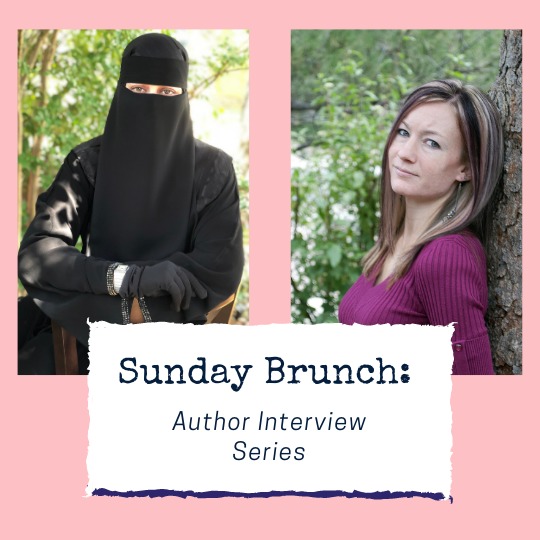 [Note from Frolic: Our resident YA expert Aurora got the opportunity to interview authors Hafsah Faizal and Natalie Mae and ask them five(ish) questions each. Up first, Hafsah Faizal!] 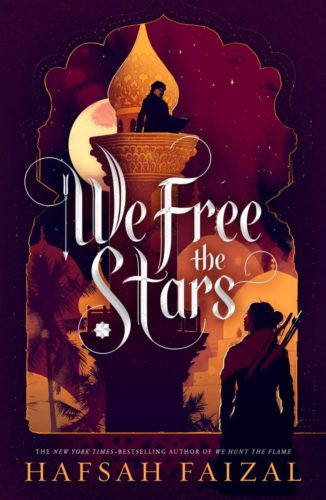 Hafsah Faizal: The Lord of the Rings andThe Hunger Gameswere what lit the first spark for We Hunt the Flame when I asked myself “what if the games were set in a fantasy world?” It took months for me to realize what I really wanted—needed—to do: write a sweeping fantasy set in a world so often demonized or exoticized. The Middle East is so often distorted by the media that many overlook the fact that it’s a place thousands and thousands of people call home. I needed to send a message: that we, too, can slay the dragon. We, too, can fall in love and go on adventures.

I’m going to go with Zafira and Nasir! There are so many of my fears, insecurities, trauma, and hopes in them both, which is why I love them to pieces!

They always have, I’d say. We turn to stories to escape, we’re always on the search for the light at the end of the tunnel. The reminder that no matter who you are or where you’re from, you can take action and make a difference. Stories empower us and oftentimes provide us with the push we need to stand up. To keep hoping. We need those reminders now more than ever.

The last book I read was V. E. Schwab’s The Invisible Life of Addie LaRue, about a girl who is lost and forgotten, and only wants to be remembered. It’s a timeless tale, and beautifully written!

I’m counting down to the release We Free the Stars, the sequel to We Hunt the Flame! It’s the direct follow-up, and also the conclusion, which made it so difficult to write. I wasn’t ready to say good-bye to the cast who had changed my life! But I’m eager for readers to finally see what happens next. January 19th! We’re in the double-digits now.

I used to have an automatic answer to this question, but the more I write, the more I appreciate writing and the authors who put their souls into their work. Can I cheat and say it depends on the book I’m loving at the moment?

You are more capable than you think you are. Most writers begin their journey alone with our words and our dreams—and the countless voices, from our subconscious and otherwise, telling us we’re not good enough. Telling us it’s a waste of time, or a terrible way to earn money. Listen to the voices only so you can prove them wrong. Set a goal and work toward it. This is something you love, so don’t give up.

Up next, author Natalie Mae! 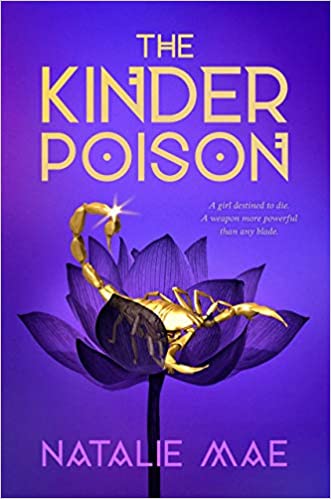 Natalie Mae: Initially, the inspiration for The Kinder Poison came from an article I read about archaeologists finding the bones of children who’d been sacrificed on an ancient mountain. The children didn’t appear to have struggled or suffered, which made me wonder what it would be like to live in a time when human sacrifice was revered – and of course, what it might be like to be -chosen- for such a thing. But once I finished the first draft, I realized the book wasn’t about that at all. It was about a girl who’d been told all her life that no matter how hard she worked or what good she tried to do, her worth was measured by something completely out of her control: the power she was (or in this case, wasn’t) born with. It’s the grounds for how she ends up as the sacrifice, and as soon as I drew that parallel to my own life, that was it. It became a story of defiance, of pressing back on a world that often favors wealth and physical strength over all.

While all my characters contain pieces of me, I’d have to say Zahru is the one who has the most of me in this book. From dreaming of seeing other countries, to delighting in her friends, to her stubborn belief she can fix things that might be better left alone, she and I are very similar. We also share a rabid passion for chocolate and an appreciation for humor, though I wouldn’t dare say half the things she blurts in this book.

Why do you feel young adult books with strong characters are so popular and have such a voice right now?

I think there’s a certain energy to YA books that’s appealing to readers regardless of age, because as different as each teen main character is, many of them share a fervent belief they can bring change and defy tradition, whether in a realistic or fantasy setting. And personally–maybe especially, as I grow older–I want to believe that’s possible. I also think our teen years are such a brief time in life, before we have to start worrying about jobs and bills and all those Adult Things, that it’s refreshing to dive back into worlds where friendships and awkward first romances abound.

The Kinder Poison is an enthralling fantasy adventure that follows sixteen-year-old Zahru, who’s chosen to be the human sacrifice in a deadly game between three heirs who will do anything for the crown. Expect some cutthroat sibling rivalries, a slow burn romance, ride-or-die friendships, high-octane adventure, and a surprise twist or three.

Right now I’m working on edits for The Kinder Poison’s sequel, which will release in 2021, but I have a couple other books in progress I hope to be able to share more about soon …

This is liking asking to choose a favorite desert! There are *so* many amazing authors I admire and who’ve shaped me as a writer, so I’ll have to go with the one I’ve seen the most of myself in, and that’s V.E. Schwab. There’s an intensity and frankness to Victoria’s work that just speaks to my soul, and I have yet to read a book by her that doesn’t leave me wanting more.

Aurora Dominguez is a high school English teacher, college professor and journalist in South Florida. Her work has appeared in The Miami Herald, Where Magazine and J-14 Magazine, all places where she worked as a writer and editor before going from the newsroom to the classroom. Her favorite days are "Caturdays," which she spends with a good book, her husband, Sebastian, and her cat, Luna. Her motto when it comes to reading: "No book left behind!"
All Posts
PrevPreviousWeekend Podcast Guide: 2020 Favorites and More!
NextExclusive: Glimpsed by G.F. Miller Excerpt and InterviewNext