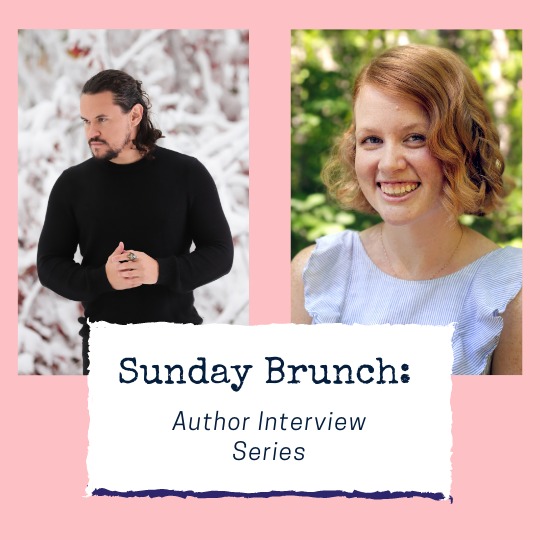 [Note from Frolic: Our resident YA expert Aurora got the chance to chat with authors JD Netto and Martha Waters and ask them a few questions each. Up first, J.D. Netto!] 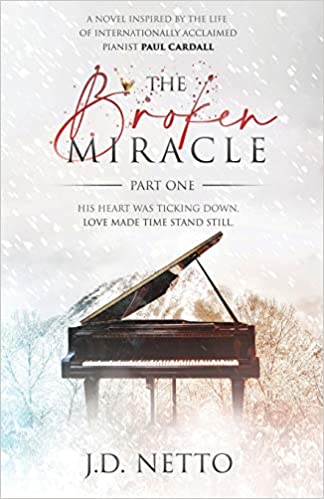 J.D. Netto: His name is Paul Cardall. He’s an incredible (and renowned) pianist born with half a functioning heart. The idea that someone so fragile was able to build such an amazing career was an inspiration in itself. He survived countless medical procedures and a heart transplant while making music. I feel incredibly fortunate that I got to share this story with the world.

What character in this book do you most relate to and why?

Jonahs. There are so many layers to him. There’s this scene in the novel where he tells Paul that he’s a moth amidst butterflies. That’s how I always envisioned myself in my environment. Jonahs inspires us to be authentic—to stand our ground when the world diminishes our truth.

Why do you feel books with powerful and unique characters are so popular and have such a voice right now?

Stories shape our thinking and our culture. Society is looking for truth. Whether in fiction or in reality, truth is the essence that keeps us going. The Broken Miracle offers a glimpse at a reality that not many are familiar with.

Following the journey of someone with half a functioning heart is like a journey through a magical world riddled with awe and danger. There are so many twists and turns and surprises. Readers will experience love, hope, loss, and the limitations of someone who sometimes cannot even draw breath.

What’s next for you in the writing world?

The Broken Miracle – Part Two drops later this year. More on that soon! I’m also going to begin working with a narrator on the Henderbell audiobook. That’s going to be an exciting venture. I’m writing a young adult contemporary about an undocumented closeted teenager living in America. Fingers crossed I get to share when and how this novel will be published.

Write what you love. Love what you write. Be willing to spend hours within your world and with your characters. Stay on course. Drink lots of coffee. Then drink tea. Read lots of books. Watch movies. Binge-watch interesting shows with complicated characters. Meet different people. Keep a journal. Follow accounts that inspire you. Be kind. Wear a mask.

Up next, author Martha Waters! 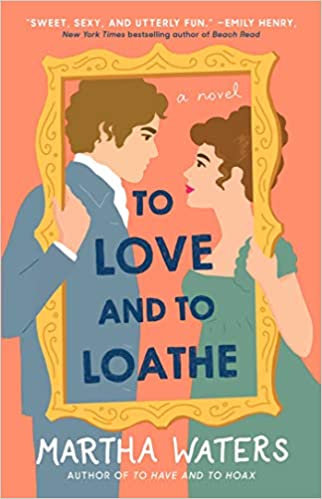 Martha Waters: My new book, To Love and to Loathe, is a Regency rom-com and it follows a couple of characters who played a supporting role in my debut novel, To Have and to Hoax. They had such great chemistry in the first book that I knew I wanted to explore their dynamic further, and I was also really inspired by the many, many wonderful Regency romances set at country house parties – they offer such a fun opportunity for scandalous behavior away from the prying eyes of London society, and I knew I had to write a house party book of my own someday. And that day has come!

I think I put more of myself into Diana, my heroine, than I have ever put into another character I’ve written – she’s incredibly self-confident and thinks she knows better than everyone around her (a trait I’ve been trying to train out of myself for years!), but she also has a deeply insecure streak about her artwork, and is uncomfortable with what her art reveals about herself. I definitely poured a lot of my own buried emotions and insecurities into her.

I think that we’re fortunate to be living in a time when there’s an incredible bounty of great books out there for all readers, regardless of their taste, to the point that it can be a bit overwhelming at times – where do you even start with choosing your next book?! But the ones that have characters that just leap off the page, that you know you’ll remember forever – those are ones that really gain traction in a crowded literary landscape, and certainly the ones that stand out in my mind as a reader.

Please describe the content of your latest romantic read and what can readers expect from it.

To Love and to Loathe is a rom-com set in Regency England, and I’ve been calling it a frenemies-to-lovers romance. Jeremy and Diana, my hero and heroine, have that sort of friends-who-bicker-whenever-they’re-together relationship, and at the beginning of the book Diana bets Jeremy 100 pounds that he’ll be married within a year. Soon after, Jeremy receives a critique of his bedroom skills from his most recent mistress, so he proposes a no-strings-attached affair with Diana, to get an honest review of his performance. Unsurprisingly, this doesn’t quite go according to plan – it’s the classic story of friends with benefits who end up falling for each other, with a fun Regency setting and a lot of banter.

I will be honest and admit that writing during a global pandemic has not been super easy, so I’m a bit behind on my writing goals for 2021 at the moment. I do have a couple of projects I’m working on right now, and I hope I’ll be able to talk about at least one of them soon!

I would have to say Lucy Parker, who writes my all-time favorite contemporary romances – check out her London Celebrities series if you haven’t already! Her books are incredibly smart, incredibly swoony, and have some of the best dialogue I’ve ever read. Every book of hers I read inspires me to try to be a better writer.

Write what you love – don’t try to write something because you think it’s what the market wants; publishing is such a slow process that what’s trendy right now might not be selling by the time you’re looking for an agent or going on submission. So write something that makes you deeply happy, that you want to see out there in the world, and – possibly most importantly – something that only you could write. Make your book entirely your own.

Aurora Dominguez is a high school English teacher, college professor and journalist in South Florida. Her work has appeared in The Miami Herald, Where Magazine and J-14 Magazine, all places where she worked as a writer and editor before going from the newsroom to the classroom. Her favorite days are "Caturdays," which she spends with a good book, her husband, Sebastian, and her cat, Luna. Her motto when it comes to reading: "No book left behind!"
All Posts
PrevPreviousWeekend Podcast Guide: The Clique, Foodies and More!
NextSunday Brunch: A Chat with Authors Patti Callahan and Shelley NoldenNext